The Crucifixion and the “In-Crowd” 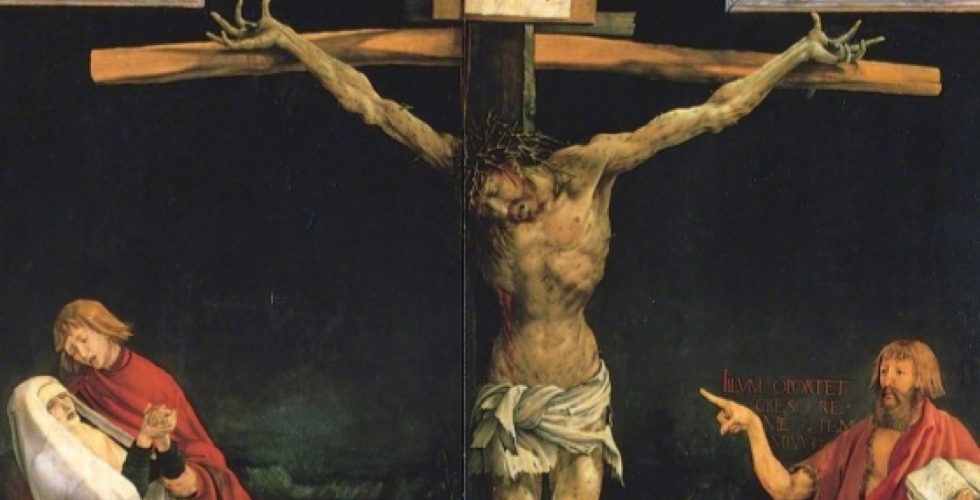 The scene of Acts 15, the Council at Jerusalem, and the conflict between Paul and the Judaizers is well known among Christians.  Although Paul preached that the Gentiles were admitted into the body by grace through faith, certain Jewish Christians were teaching that Gentiles could only be saved if they submitted to circumcision and followed the law of Moses.  They were, in essence, denying the gospel through their insistence on maintaining a sense of “insiders” and “outsiders” and by compelling those on “the outside” to submit to additional requirements that they might be considered “inside” on their own terms.

The temptation to cast ourselves as insiders and others as outsiders seems characteristic of human nature.  From high school cliques to partisanship to nationalism to every historic instance of defining some human beings as subhuman non-persons, from the untouchables in India’s caste system to South African apartheid to the treatment of indigenous peoples in the Americas to the liquidation of Jews and gypsies in Nazi-controlled Europe to the oppression of women to the abuse of homosexuals to people who don’t practice the right religion to abortion everywhere it is practiced.  In the United States, where we value “law and order,” certain lawbreakers (particularly those who violate drug laws or immigration laws) find that they, too, are “outsiders.”

But, many object, the Bible is full of laws and walls and borders.  True.  The Bible also has certain passages that reveal the heart of God that become crystal clear through the revelation of God’s character in Jesus Christ.  In the Old Testament, certain passages reveal that God’s justice concerns not only the elect Israelites, but also those who were “outsiders.”

Deuteronomy 2:3-6 demonstrates that God is also looking out for the interests even of those who have been “rejected”:

You have been skirting this hill country long enough. Head north, and charge the people as follows: You are about to pass through the territory of your kindred, the descendants of Esau, who live in Seir. They will be afraid of you, so, be very careful not to engage in battle with them, for I will not give you even so much as a foot’s length of their land, since I have given Mount Seir to Esau as a possession. You shall purchase food from them for money, so that you may eat; and you shall also buy water from them for money, so that you may drink. (Deut 2:3-6, NRSV)

A few chapters later, we read:

For the Lord your God is God of gods and Lord of lords, the great God, mighty and awesome, who is not partial and takes no bribe, who executes justice for the orphan and the widow, and who loves the strangers, providing them food and clothing. You shall also love the stranger, for you were strangers in the land of Egypt. (Deut 10:17-19, NRSV)

As Fleming Rutledge writes in The Crucifixion: Understanding the Death of Jesus Christ, the above passage reveals that “the care given by the community to its weakest members, and even to those who are not members at all, is to be a mirror of God’s own care for the Israelites when they were enslaved” (p. 110).

Throughout Jesus’s ministry, we witness him welcoming those on the outside into the community of God’s people.  Jesus seems to have deliberately focused much of his ministry on reintegrating those who had been forced out due to leprosy or other ritual uncleanness, those with severe disabilities, and those whose lifestyles excluded them.  He revealed that the kingdom of God was also freely available to Roman centurions and tax collectors, as well as to Samaritans and women.

The crucifixion brings this quality of God in sharp relief.  Crucifixion, Rutledge explains, was designed to heap shame and scorn upon the crucified, to label the victim as an outsider, a nonperson, and an utterly worthless and contemptible nobody. To be crucified was to be exiled from humanity, from creation; as Dietrich Bonhoeffer wrote, “God lets himself be pushed out of the world on to the cross.” Rutledge writes, “Crucifixion as a means of execution in the Roman Empire had as its express purpose the elimination of victims from consideration as members of the human race” (p. 92).  And so Jesus cried out, “My God, my God, why have you forsaken me?”

Jesus’s willing identification with the world’s nameless and voiceless victims shattered any illusion we might be tempted to retain of “insiders versus outsiders.”  There are no longer any true “outsiders” by human standards, for Jesus in his crucifixion identified with those who find themselves in the depths of dehumanization and suffering.  He is the Holocaust victim, one of Italian Holocaust survivor Primo Levi’s mussulmanner, the anonymous walking dead in whom the last spark of humanity was snuffed out long before their overworked bodies collapsed and were tossed into mass graves.  He is the refugee whose body washed ashore.  He is the young girl or boy sold into modern day slavery.  He is the nameless, unacknowledged, and unloved child killed in abortion and disposed of as medical waste.  He is any number of victims of government violence.  He is the criminal, the “illegal,” the wretch, the drug addict, and the prostitute, whom we’ve collectively determined is worth less than the rest of us.

Through the crucifixion of Jesus, the Temple was reestablished in Christ himself and through his followers.  No longer would there be any outer courts that kept the Gentiles and women furthest from God’s glorious presence.  “There is no longer Jew or Greek, there is no longer slave or free, there is no longer male and female; for all of you are one in Christ Jesus” (Gal 3:28, NRSV).

The insistence of some Christians that they are not against immigration, but only “illegal immigration,” is merely another attempt at delineating “insiders versus outsiders.”  But Jesus reveals to us that God’s justice extends particularly to those we have determined to be on the outside – it is especially with those considered “illegals.”  Requiring that immigrants jump through a certain set of hoops is simply a way of declaring at what point we will consider them acceptable as “insiders” and treat them like human beings.

Similarly, the attempts of some to determine at which point it ought to be permissible to kill an unborn (or even whether it is permissible to allow a recently born child to die) is another reflection of our human tendency to designate some as “insiders” and others as “outsiders.”  But in Jesus’s crucifixion, he identifies with those children who died without a birthday or birth certificate, without a name, and whose existence passed in and out of the world without acknowledgement, not even by their own parents.

We ought to be less concerned with where others fall and more concerned with the tendency toward evil that lives within each of us.  We ought to be wary of what Hannah Arendt referred to as the “banality of evil” that she witnessed in the ordinary Adolf Eichmann, one of the major Nazi organizers of the Holocaust, who committed great evil primarily through his thoughtlessness about what he was doing.  As Aleksandr Solzhenitsyn wrote in The Gulag Archipelago,

If only it were all so simple! If only there were evil people somewhere insidiously committing evil deeds, and it were necessary only to separate them from the rest of us and destroy them. But the line dividing good and evil cuts through the heart of every human being. And who is willing to destroy a piece of his own heart?

Although some will always understand biblical passages about division and judgment as referring only to righteous and unrighteous individuals, this human tendency to divide ‘we’ from ‘they’ is not on the deepest level of interpretation.  Rather, ‘the line runs through each person.’  Therefore, so long as we live in this fallen world, we are simul iustus et peccator (saint and sinner simultaneously), until the destruction of the ‘old Adam’ is completed as God makes all things new. (p. 144)

In our insistence on maintaining human distinctions of “we” and “they,” where does that line within us shift?  When we refuse to offer mercy to certain other people, even to other Christian brothers and sisters?  In our thoughtless acquiescence to the status quo, to upholding man-made laws and rules, to the pursuit of our own self-interest, we might find that where it counts, it is we who are on the “outside.”  As N. T. Wright asserts in The Day the Revolution Began, to insist on such human distinctions is to act as if the powers of the world still hold sway and that the revelation of God’s identity on the cross as self-giving love has not happened, is to deny the gospel itself.

Ruth Ryder is Assistant Editor of the Christian Libertarian Review. She is currently pursuing an accelerated BSN and hopes to work in obstetrics or pediatrics. Ruth is a graduate of Eastern Michigan University (BA, History), as well as Trinity Evangelical Divinity School (MA, Intercultural Studies) and the University of Notre Dame (MTS, History of Christianity). She has previously published with The Libertarian Christian Institute, The Foundation for Economic Education, The Federalist, and the academic journals Worship and the Christian Libertarian Review. She lives in northwest Indiana with her husband and their daughter. Besides being a career student, her favorite pastime is powerlifting.
View Author Archive