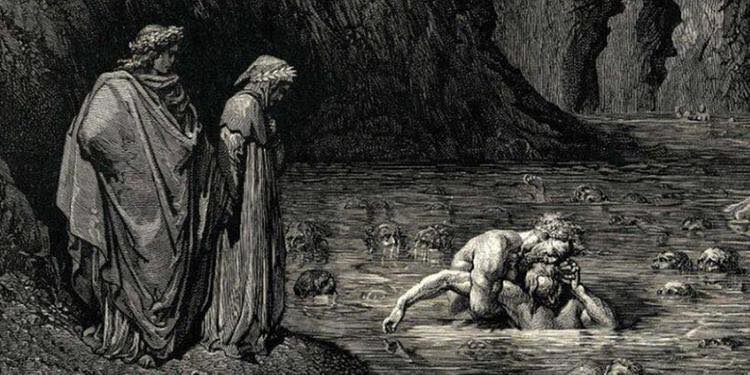 Libertarianism, as many of us know, is often mischaracterized as primarily a selfish ideology that is fundamentally at odds with Christian belief and practice.  There also seem to be some both within and outside libertarian circles who mistakenly perceive libertarianism to be an all-encompassing ethical framework rather than merely the application of certain principles to the political and economic realms.  We thus find ourselves faced with several questions.  For example, do Christian ethics require more of us as Christians in certain contexts than merely the non-aggression principle asks of us?  How do we reconcile self-giving love (agape, charity) and our Christian obligation toward those who are suffering with the libertarian principle of self-ownership?

It may come as a surprise that medieval theology has, in a sense, already worked some of these questions out.  According to Bernard of Clairvaux, 12th-century abbot, to know and love God begins with self-knowledge and self-love.  A person’s proper self-knowledge is of one’s own dignity, which he or she possesses as a unique creature with free will, made in the image and likeness of God.((Bernard of Clairvaux, On Loving God, analytical commentary by Emero Stiegman, Cistercian Fathers Series 13-B  (Kalamazoo: Cistercian Publications, 1973), 5 (II.2).))  This self-love, when rightly exercised, extends to the love of neighbor from the overflow which one receives.((Bernard of Clairvaux, On Loving God, 25-27 (VIII.23-25).))

Heavily influenced by Bernard’s theology, Dante Alighieri expressed through his Divine Comedy (now studied as a work of theology in its own right) that to be human is to participate in and embody that self-giving love, or charity, which God is, and we do this through our human relationships with one another by modeling them on Christ.

Human relationships are so crucial to Dante that to neglect them is to risk losing one’s own humanity.  We see this idea expressed in Inferno 33, in which Dante speaks with Count Ugolino, who is imprisoned in the icy pit of Hell, forever gnawing on the nape of his betrayer.  While Ugolino is placed properly among the treacherous, Dante leaves us to wonder whether it is more for his treason against the people of Pisa or for his betrayal of his four sons while in prison.  Ugolino tells Dante that he was imprisoned and left to starve along with his four sons, who wept and begged their father to help them.  Ugolino tells Dante that he was silent to his sons’ cries for help: “I looked my children in the face, without a word.  I was so turned to stone inside I did not weep” (48-49).  In contrast to Ugolino’s silence, his children expressed concern for their father and attempted to comfort him and even offered themselves as food for him:

But they were weeping, and my little Anselm / said: “You look so strange, father, what’s wrong?” /  ‘Even then I shed no tear, and made no answer / all that day, and all the night that followed / until the next day’s sun came forth upon the world. / ‘As soon as some few rays had made their way / into the woeful prison, and I discerned / four other faces stamped with my expression, / ‘the sorrow of it made me gnaw my hands. / And they, imagining I was doing this / from hunger, rose at once, saying: / ‘”Father, we would suffer less / if you would feed on us: you clothed us / in this wretched flesh – now strip it off” (50-63).

Although Ugolino casts himself as a victim, his words betray the fact that he selfishly attempted to spare himself the agony of watching his sons starve to death by severing communication and, effectively, his relationship with them.  He claims that he “calmed [himself]” in order “not to increase their grief,” but still he remained silent and offered no words of comfort to his sons (64-66).  The first of his sons to die was Gaddo, who cried, “O father, why won’t you help me?” (69).  It was not until all four of his sons had died that Ugolino claims that he began to “grope over their bodies” and call out to them (73-74).  After two days of mourning his dead children, Ugolino says that “fasting had more power than grief,” suggesting that hunger proved stronger than his love and thus led him to feed on his sons’ corpses (75).

Ugolino’s attempts at self-preservation, first through numbing himself emotionally and secondly through eating his sons’ flesh, paradoxically amounted to the renunciation of his own humanity.  His silence effected and signified a rupture in the natural human bond between him and his children, and his betrayal of his sons was revealed to be a betrayal of himself—namely a betrayal of the image and likeness of God in which he was created.

The failure to properly love oneself is depicted perhaps most sharply in “the Wood of the Suicides.”  In Inferno 13, beginning in verse 31, Dante finds himself in a wood comprised of souls who had committed suicide and were each therefore condemned to inhabit a thorn bush.  Furthermore, they are only given the opportunity to speak through their pain and bleeding that is caused by being fed upon by Harpies.

Through breaking off a twig and thus causing a thorny bush to bleed, Dante discovers that the soul inhabiting this particular bush was that of Pier delle Vigne.  The latter explains, having been unjustly accused and publicly scorned, “My mind, in scornful temper, / hoping by dying to escape from scorn, / made me, though just, against myself unjust” (Inf. 13.70-72).  He informs Dante that on Judgment Day, the suicides will retrieve their bodies—but only as corpses which will dangle from the thorn bushes which their souls have become—as it is not just to return to them what they “robbed from [their] own souls” (Inf. 13.103-108).

Because they have exercised their free will to relinquish that free will, which is their God-given human dignity, they must remain inanimate and rooted in the place where they fell by chance.  Likewise, as they have abandoned their autonomy, they have also abandoned their voice.  Barely human, they may speak only through the letting of their own blood, and their speech is always, therefore, essentially the expression of pain.

Dante, and Christ himself on the cross, challenge us to recognize the seemingly impossible but ideal response of love in the midst of suffering.  This response would be one in which the suffering man allows his heart to continue to live, beat, bleed, and feel the fullness of anguish and grief that is only possible when he allows himself to love.  He would be willing to suffer so that he might continue also to feel and express love and empathy, that he might be able to comfort his sons and be with them in their suffering.  He would be willing to endure unimaginable grief in order to maintain a human connection, effectively sacrificing himself and essentially, if not actually, offering his own flesh as food for his sons.

Or in other words, it is precisely through self-love and the actualization and perfection of our autonomy and self-ownership, that we are able to become like Christ and embody that self-giving and suffering love that is the source of all creation.  When the human instinct for self-preservation threatens our relationships with one-another and violates our obligation of love (as aggression does), we lose our human dignity and become creature-like.

As Saint Bernard wrote, when we forget our true human nature, our will becomes curved toward the earth, as does our gaze, and so we attach ourselves to lesser goods and submit ourselves to that which was created beneath us.((Bernard of Clairvaux, On Loving God, 6 (II.4).))  Slouched toward the earth, we behave as animals rather than reflecting the likeness of the God in whose image we were created.  But, he writes, God has sent us the Incarnation to reawaken in us the memory of God in our own bodies and so ignite that self-love that is the first step toward love of others and of God.

Charity, the essence of God’s character, that self-giving love that can only flourish in the context of human relationships, is the source from which self-ownership and non-aggression are both derived, and the context in which both are perfected.

Ruth Ryder is Assistant Editor of the Christian Libertarian Review. She is currently pursuing an accelerated BSN and hopes to work in obstetrics or pediatrics. Ruth is a graduate of Eastern Michigan University (BA, History), as well as Trinity Evangelical Divinity School (MA, Intercultural Studies) and the University of Notre Dame (MTS, History of Christianity). She has previously published with The Libertarian Christian Institute, The Foundation for Economic Education, The Federalist, and the academic journals Worship and the Christian Libertarian Review. She lives in northwest Indiana with her husband and their daughter. Besides being a career student, her favorite pastime is powerlifting.
View Author Archive