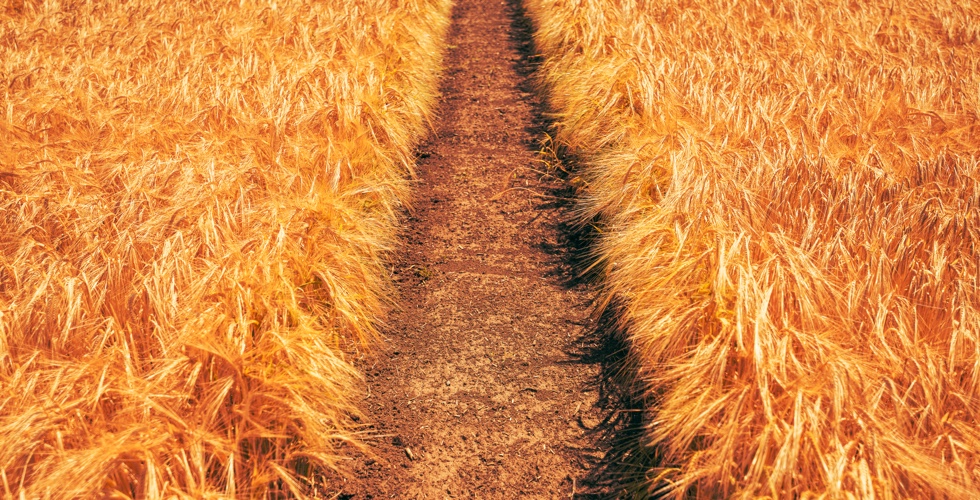 One gains a glimpse of the mystery of the number, three; the deity is neither one nor many; its perfection goes beyond the multiplicity of which duality is the root…

–Vladimir Lossky, ‘The Mystical Theology of the Eastern Church’

With the coming of the presidential election, the question arises in the minds of many Americans: “Will I be voting red or will I be voting blue?” For some, the mind is already made up. It is more or less the same elsewhere. The world operates in a kind of dualism; you either select one way or the other. You can never be for both; it’s simply impossible.

This dualism—this binary machine means that you can either be left or right, red or blue, liberal or conservative; and even if there is a worldview which overlaps the two, it somehow morphs into the binary programming, as can be seen with the example of Donald Trump. This means that there is no real socio-political option outside of the binary mode of operation—there is no third way within the framework.

The most tragic part of it all is that, apart from the lack of choice outside of the binary machine, death is everpresent with both sides. We can take into account the two most recent presidents of the United States before the current one: Barack Obama and George W. Bush. Both presidents are from opposing parties, yet both have been initiators or partakers of bloodshed, domestic or overseas, that numbered in the death of thousands if not millions.

There are murder and corruption in both ways. There is no third option, but that is only the case if you’re looking from the perspective of the world, namely political and social engineering. There is a way, however, that transcends the binary machine—one that originates from outside any man-made paradigm, and one that deals with man at the spiritual dimension.

The existence of this transcendent way can be made known to us with a simple deconstruction of the man-made dilemma.

In chapter 27 of the gospel according to St. Matthew, the Roman governor Pontius Pilate gave the people of Palestine a choice; he presented them two individuals: Barabbas, a violent insurrectionary, and Jesus of Nazareth. The crowd that gathered before Pilate had the freedom to set free either man from death. They chose to save the violent Barabbas, and they gave Jesus of Nazareth—a man who had committed no sin—over to crucifixion.

The choice offered by Pontius Pilate exposes man’s futility in trying to solve problems through the binary method. Death is the ultimate end-result. A scapegoat must eventually be sacrificed in an either/or philosophy of being. In both roads of the dilemma, the persecuting mob wins out, but it does so in a fatalistic way wherein the conflict is resolved only temporarily. The conflict resumes sooner or later when the catharsis from the sacrifice has worn off.

But unlike the postmodern problem, the deconstructive revelation of the gospel brings with it both an original and brand new way of living for the human race. In Christ’s exposé of the binary mode and the accompanying scapegoat mechanism, we see the Creator of the universe ‘make all things anew.’

The rejection of the scapegoat mechanism means that man is free from coercion; he is free to choose life. Man is no longer slave to manipulation from power-hungry politicians, propaganda-spewing intellectuals and celebrities, hypocritical religious leaders, and the mainstream media. Man is free to choose the Creator of the world and worship him alone. And by worshipping the Creator of the world, man chooses to bring God’s kingdom of non-violence into the realm of space and time.

By choosing to be subject to God’s rule, man becomes, both personally and socially, the image bearer of the Triune Godhead, the impact of which cannot be understated.

In the western world, we see a battle between two dominant philosophies, namely that of individualism and collectivism; both are irreconcilable with one another. The main reason for this cultural conflict seems to center around the concept of sacrifice. Ayn Rand, for example, famously condemned the notion of self-sacrifice. Karl Marx, on the other hand, advocated the sacrifice of every aspect of individuality for the greater good of the state. Both ideologies are at odds with one another while sharing a mutual fondness for the sacrifice of the other; this is binary-programming par excellence.

Rand rejects self-sacrifice claiming that it hinders individual potential and ends up benefiting the group. What Rand does not realize is that to battle collectivist violence, for example, the revelatory deconstruction that is brought on by self-sacrifice is vital and thus essential. It is through the self-sacrifice of Christ that we recognize mob-violence as objectively evil. Therefore, Rand’s rejection of self-sacrifice is more or less a continuation of the search for scapegoats; in her case, the scapegoats are the talentless.

Likewise, Marx errs also when he advocates revolutionary self-sacrifice. His ideology is not only a caricature of Christian charity but is also an engine that drives an endless train of human corpses. In claiming to support the workers and the marginalized, Marx’s scapegoats are the privileged and talented.

A negative assessment of both sides of the binary machine, therefore, reveals the way of Christ as the only truthful way that leads to life.

By imitating Christ on a micro level we impact society at large. The non-violent imitation of Christ makes it possible for us to live in a merciful and rehabilitating society where freedom and persuasion trump violence and coercion. But first, we must reject the binary programming that is propagated through media and the like. We must say no to both indifferent isolationism and groupthink. We must say no to the idols of politics—to bipartisan politics, and state worship.

We must reject the persecution of the non-violent neighbor. We must protect and stand up for those who fall prey to the predatory laws of the state priesthood. We must reject war, for truth has no place for violence. As Solzhenitsyn said, “Violence can only be concealed by a lie, and the lie can only be maintained by violence.”

Christ said, “I am the way and the truth and the life. No one comes to the Father except through me.” Indeed, he is the way—the truthful way, the only way, one that conquers death and bestows life on us all.

PrevPrevThe Politics of Complementarianism
NextEp 130: Bob Murphy and Norman Horn talk Morality and Politics, Christianity and the Troops, and Romans 13Next