A Sit Down with the Nanny State, Part II: Distributism and Crony-Capitalism 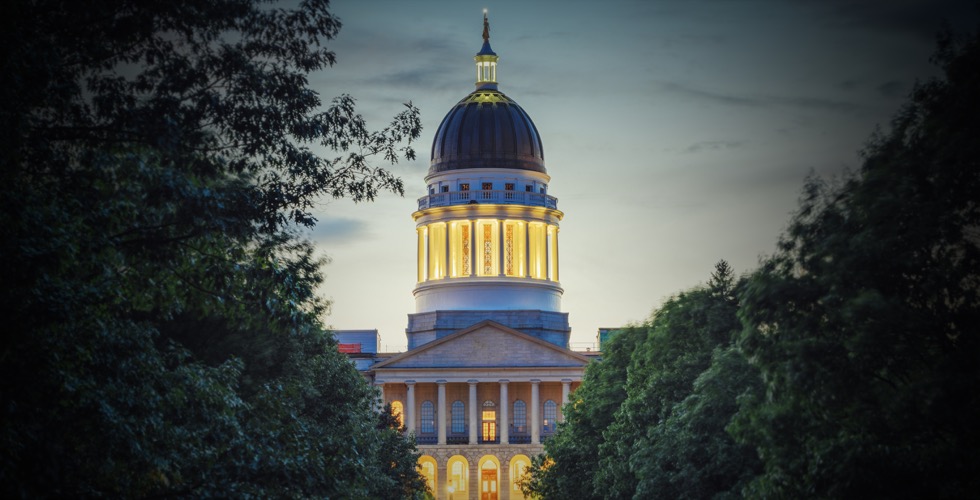 In the last post in this series, we looked at how “socialism” can mean different things to different people. In principle, there is some distance between the theory and the practice of socialism. And when it is practiced within the nation-state arrangement, it exists both in democratic and totalitarian forms – as well on a spectrum. In all cases, nevertheless, the state is viewed as the nanny of society. The government is the instrument by which all social justice is to be achieved. This is true for mild to moderate forms of democratic socialism (Brent Waters in Just Capitalism) to more aggressive and explicit forms (e.g., feel the Bern?). The nanny of some are just more entitled, rude, and controlling than others.

In this part, we’ll look at a concept that overlaps democratic socialism but should not be conflated with it: distributism. We will also discuss how crony-capitalism (private concentrations of power with government help) is a bigger problem than even many libertarians think, and why that is significant. We’ll learn how Christian anarchist/anarcho-capitalist variants of libertarianism and some democratic socialist ideas behind distributism are sympathetic to one another, and not at opposite ends of the spectrum. We’ll also learn what it is that does sharply divide these two general perspectives.

“Distributism” refers to the general economic practice of pooling together resources and then distributing them. It happens for different reasons, some functional, some ethical (more on this below). In any case, the general practice occurs in almost every church, business, family, community, and other spheres of society.

For example, when a church committee decides where money from the general fund should go, it is performing distributism. Or, when Moses allotted the promised land into twelve areas for twelve tribes, this was a form of land distribution. Businesses like Walmart practice internal distributism, pooling their revenues from all income streams and (re)distributes them to employees (wages), investment projects, research and development, share-holders, and other ends.

Distributism can also involve distribution of not just resources, but power. Cooperatives (or “coops” for short), for example, are a form of both power and resource distributism because the employees are the owners. Similarly (although different), share-holders of public corporations may have voting rights over who gets elected to the company board.

One can already see how many of the legitimate goals of democratic socialism—such as shared ownership, special allocation of resources, participation from the ground-up, decentralized power, and protection of the rights of all involved—can easily be accomplished through private, voluntary means, at least on a smaller scale.

One might therefore ask: Could this model expand to larger scales?

In some sense, it already has – but in the opposite way in which most democratic-socialists envision: through private innovation. ACE hardware is a coop (a “big corporation”) with over 80,000 employees. Many home-owner associations in the U.S. have thousands of members – and no municipal government. Royal Caribbean and large companies like Samsung and Google all implement their own rights-protection agencies (police) and arbitration services (courts/dispute settlement). In other words, there isn’t necessarily a limit to the size in which voluntary societies and cooperative type arrangements can grow.

Are these models more desirable than current political arrangements? I think so. To the extent that they are, this area indicates some of the potential cross-fertilization between Christian-anarchist and democratic socialist ideas – and common ground for public dialog. (So the major question at that point is: will democratic socialists stick to the best of their ideals and vision more than their loyalty to traditional politics?)

How, then, is Distributism Different From Socialism?

This difference is difficult to overstate. Some employers or elected boards intimidate, threaten, and abuse others, yes. But this is generally exceptional. Cops rarely patrol the isles on Sunday morning to ensure everyone is giving a portion of their income and threaten those who are not giving it. Walmart can fire employees, but cannot force them (or anyone else) to buy their products at the threat of imprisonment or the electric chair. Local cooperatives cannot force anyone to buy their produce. So then it is crude, but nevertheless accurate, to say that socialism, at least as it exists within the context of traditional political authority, is distributism backed by guns.

Another difference is that the group distributing resources in socialism is or is usually associated with the political apparatus of a nation or nation-state. Distributism, in contrast, need not have any connection with any overt political/state entity, as we witnessed in the examples above.

Dr. Alexander Salter with Eugene Callahan wrote a piece on distributism in The Christian Libertarian Review, and was recently interviewed about it on the Christian Libertarian Podcast. Salter notes that the early twentieth century theory of distributism was associated with Catholic thought, Henri de Lubac, and G. K. Chesterton. Key to their view was this: socialism and capitalism are two sides of the same coin. In both cases, most of society’s wealth and the means of production are controlled by a small group—whether public (socialism) or private (capitalism).

So the reason for distributism (over an against a raw free-market and a socialist society) is obvious:  concentrations of power will always end bad. So the goal of distributism is to mitigate this danger from the start by some form of decentralized, recognized, and formalized ownership.

I don’t know about you, but I couldn’t agree more. Acton’s famous quote (“Power corrupts; absolute power corrupts absolutely”) didn’t just apply to mainstream politics. And again one notices that these values overlap with not only Christian anarchism, but explicitly with the democratic- socialism of many Christians – such as “Christian democracy” (Lew Daly) and “social capitalism” (van Kersbergen). For instance, Daly, in God’s Economy, 238, says,

Restricting the state is part of a larger mission of protecting the natural structures of society—families, churches, communities—from coercive, ‘monistic’ powers, whether public or private. This begins with a critique of the state, but that is not where it ends: other kinds of power, particularly the statelike powers of large corporations, high finance, and concentrated wealth, also pose a significant threat to the diverse God-given purposes of families, churches, and communities.

While I have some reservations about what is considered “natural structures of society” (I see the state as a temporary parasite in the history of our species), and I certainly don’t agree with Daly’s specific solutions, Daly, the distributists – and others like neo/post-Marxists who make precisely the same point – are on to something. Power may take the form of guns, armies, and drone bombers, but it certainly doesn’t stop there. And in today’s world of neoliberal neocapitalism – where many private companies, from the Fed to Monsanto, control those who run those guns, armies, and drones – it is not easy to brush aside these concentrations of power.

This is what French historian Michel Foucault meant when he famously said “we need to cut off the king’s head” (Discipline and Punish: The Rise of the Prison). That is, we need to stop pretending that all power comes down from the sovereign state. Power exists in all relationships. Of course, this can be overemphasized so that one might really believe that the menace of McDonalds is really a bigger threat to society than politicians in D.C. with a monopoly over nuclear warheads. Foucault says elsewhere:

I don’t believe there can be a society without relations of power. The problem is not of trying to dissolve them in the utopia of a perfectly transparent communication, but to give one’s self the rules of law, the techniques of management, and also the ethics, the ethos, the practice of self, which allow these games of power to be played with a minimum of domination. (Foucault, “The ethic of care for the self as a practice of freedom,” in The Final Foucault, 18)

This seems to have been a big goal of Jesus of Nazareth. It was also a concern of Gandalf the Grey: “It is the small everyday deeds of ordinary folk that keep the darkness at bay.”

But here, amidst this shared concern between some socialist theorists, neoMarxists, and Christian (distributist) anarchists like myself, there remains a sharp difference. The reality of sin and the need for a “minimum domination” is a reason against the state, not for it. Alas, one of the unquestionable dogmas of western civilization is that “Because humans are steeped in sin, we need the state” (Stapleford, Bulls, 31, 99). But wouldn’t critical reflection demand instead that “because humans are steeped in sin, we should interrogate and nullify the state—which is an overt concentration of power and a monopoly on coercion by definition”?

In any case, Michael Munger and Russ Roberts recently debated this subject of private/public power on Econtalk. Roberts was more optimistic about private power in free markets than Munger. I tend to think Munger was not only right about crony-capitalism, but maybe have understated his case. Cronyism was been around before 1776 (see Fearling, A Leap in the Dark). Even Thomas Jefferson was concerned: “I hope we shall crush… in its birth the aristocracy of our moneyed corporations, which dare already to challenge our government to a trial of strength and bid defiance to the laws of our country.”

Regardless, there is one more piece in this puzzle that we haven’t yet dealt with: the savior of democracy. Is democracy really a complement to “socialism,” or is it antagonistic to socialism? And is democratic socialism a friend of freedom, or not? After all, the promise of leading democratic-socialists is that people will have more freedom. This will all be addressed in Part III.

Did you like A Sit Down with the Nanny State, Part II: Distributism and Crony-Capitalism?
You may also like These Posts: