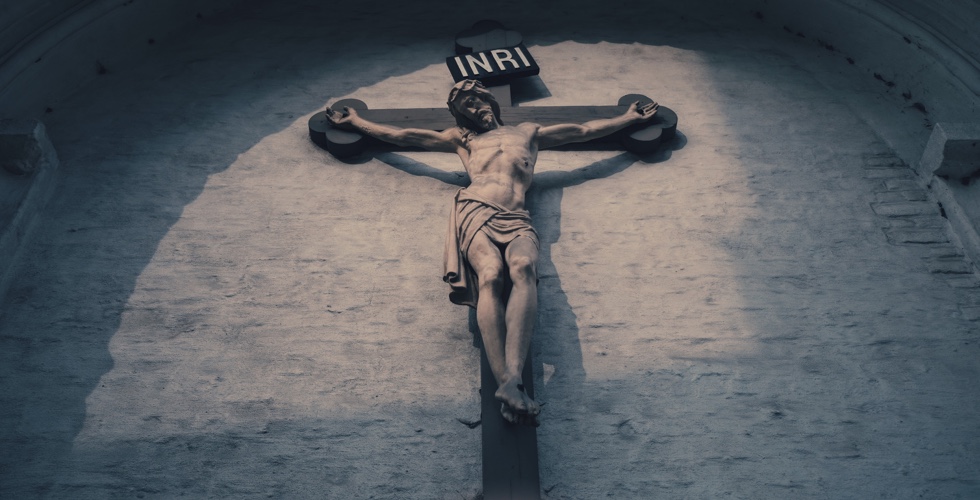 Nothing created by God is evil. It is not food that is evil but gluttony, not the begetting of children but unchastity, not material things but avarice, not esteem but self-esteem. It is only the misuse of things that is evil, not the things themselves.

How much must one prize freedom before freedom itself is worshipped?

Anyone familiar with the spirit of our age should readily conclude that an “excess” of freedom, or, perhaps better said, a false view of freedom or freedom without God can descend into chaos. It is libertine rather than libertarian. One need only glimpse at the present day culture war in America and the rest of the world, particularly the west, to see what this false idol of freedom looks like. A ruling parliament must have representatives from all groups to be considered “democratic”; anyone who even hints at competence as eligibility is quickly denounced as fascistic.

The effect of this perversion is that a new religion is established. The right words must be said. A movie must have a diverse cast of actors and the correct social agenda if it is to be considered a work of art, no matter the level of quality, skill or craftsmanship. Speaking of ‘craftsmanship,’ we must say ‘people’ instead of ‘man’ lest we unconsciously offend the other gender(s).

Such perverted liberalism or egalitarianism is the equivalent of pagan worship of freedom on the altar of human sacrifice. Worse, it is a cannibalistic form of sacrifice where the priest devours his own body and offers parts of it to the masses in a bizarre reverse-crucifixion—a truly anti-Christian phenomenon. René Girard explains this more clearly:

The most fanatical pride is the one most bound to humiliate itself before the other, which is to say that externally it resembles humility. At the least defeat the most extreme egoism makes voluntary slaves of us; in other words, viewed from the outside it resembles the spirit of sacrifice. (Girard, ‘Resurrection from the Underground’)

One can easily stray into a path of self-harm with all the right intentions, i.e. a zeal for the victims of society. In an effort to flatten, or equalize, the social landscape, a violent force is necessary in the form of revolution. This simplistic approach neglects the complexity of the single person within whom multiple social identities exist; the continual effort to find the oppressor then ultimately ends up turning the poor who may have rich ancestors into a necessary scapegoat. This is the ultimate act of social cannibalism.
The one who enacts this revolution puts on a mask of Christ-like charity, but in reality there is a despot beneath that mask. This revolutionary, in his ‘humility’ towards the downtrodden, is actually a manufacturer of the marginalized. He is no Messiah because his message is a forceful one; it demands that one accept it, or else.

Fyodor Dostoevsky, the great Russian novelist, was an expert at dissecting this liberalism that masquerades as Christian charity. In his novel Demons, Dostoevsky paints a picture of a Russia infiltrated with atheistic liberalism which ultimately cannibalizes itself. The liberal revolutionaries of Dostoevsky’s novel, Nihilists led by Pyotr Verkhovensky, agitate the workers, makes a mockery of religion and family, undermines the authority of all traditional structures, and sets up people against their neighbors and loved ones. Pyotr Verkhovensky uses his comrades to carry out murders and riots, but in the end, he bails on all of them; such is the selfishness that comes with the Godless pursuit of freedom.

How can something desiring freedom from the shackles of tradition lead to cannibalization?

Freedom without God leads to cannibalization. Deicide leads to suicide. Enter Kirillov—the atheist who has the boldness to practice atheism. “If God does not exist” according to Kirillov, “then all will is mine, and I am obliged to proclaim self-will.” Kirillov’s ultimate act of self-will involves killing himself and he makes this known to the revolutionary leader Pyot Verkhovensky. The act of killing oneself is supposed to be man’s ultimate act of breaking free from the prison of mysticism. But for Kirillov, it turns out to be a hideous end.

Verkhovensky decides to utilize Kirillov’s plan of suicide as a distraction from his own murderous acts; he plans on using Kirillov as a scapegoat. At this, Kirillov goes mad; his plan to elevate humanity from the realm of superstition turns into a pagan sacrificial offering at the altar of man-made ideology. Eventually, Kirillov succumbs to insanity and kills himself, but not before trying to kill the revolutionary leader who had exploited him.

There comes a time when man would have to choose what kind of freedom he must abide in. There is a freedom that exists without God, one that is explored to its depths by Kirillov, and one that ultimately leads to violence and death. The twentieth century, with all its concentration camps, gulags, etc. is a social manifestation of Kirillov’s fate. A state of being that ejects a crucified Savior must eject all forms of self-sacrifice. It must revert back to pagan human sacrifice—a sacrifice of the other—as the default mode of operation.

Shigalyev, a social theorist in Dostoevsky’s novel, devises a system of how a revolutionary society would look like. “My conclusion” he says, “stands in direct contradiction to the idea from which I started. Proceeding from unlimited freedom, I end with unlimited despotism.” He concludes further that about a hundred million people would have to be exterminated to usher in the utopia. It is worth noting that similar numbers are exterminated in the real-life camps of the USSR, China, and Cambodia.

A ‘free’ society, i.e. a society that worships freedom instead of the bestower of freedom, would need to ‘enforce’ freedom on the masses; it would need to use violent force upon dissenters—there would be no place for the Christian aesthetic which consists of Metanoia—change of heart. This change of heart, which cannot come about by violent force, would require the person to exercise restraint rather than indulge in his/her freedom.

In response to the “erudite” atheism and refined cannibalism of contemporary civilization we must give place to those Christ-bearing personalities, who with the meekness of sheep will put down the roused lust of wolves, and with the harmlessness of doves will save the soul of the people from cultural and political putrefication. We must execute ascetic effort in Christ’s name as response to the cultural exercising which is performed in the name of the decayed and disfigured European being, in the name of Atheism, Civilization, or the Antichrist. Which is why the major task of our Church is the creation of such Christ-bearing ascetics. (Saint Justin Popović, ‘Orthodox Faith and Life in Christ’)

Freedom that is bestowed by God would require us to shift away from the discussion of rights and towards responsibility for the other. Just before his sacrifice on the cross, Jesus says, “the truth shall set you free.” He says further, “a new commandment I give to you: Love one another.” The Christian concept of freedom involves voluntary submission of the self and concern for the other, the impetus of which would be love. Such action would not require violent force.

Christ-bearing ascetics requires one to care for one’s own soul by refraining from hedonism and materialism. By taking care of one’s own self, the Christ-bearer takes on the responsibility for others. The Christ-bearer extends this responsibility by uplifting the downtrodden: the sick, the lame, and the poor. He/she transcends all forms of coercive government by acting independently and voluntarily in caring for the downtrodden. He/she actively imitates Christ and shows the world what true government looks like.

In a Christ-imitating government, there would be no rivalry, for Christ would be the sole model, and the government wouldn’t be a democracy but a kingdom ruled by a benevolent and compassionate Creator. This aspect of the kingdom of God is far more vital than we realize.

There is something innate within man that causes him to follow another. Even the diehard new atheist worships at the altar of Dawkins, Hitchens, etc. In a headless body, the limbs twitch and move aimlessly. But for the Christian, Christ is meant to be our head. When man imitates man, conflict and rivalry abounds; this is because we know the other is just like us. But when man imitates Jesus, who was fully man yet fully God, there is nothing but mercy towards our neighbors; this is because we know the model is both like us and beyond us.

The freedom-loving West would do well to learn from these societies, for such societies have stood the test of time and emerged triumphant against all odds. The West would do well to look towards Christ, the bestower of all freedom, and the crucified and resurrected Savior who overcame death, mediocrity, and cannibalism through nothing but love, mercy, self-sacrifice, and beauty. Do not look towards corrupt politicians, lying media, and nihilistic celebrities; look elsewhere. Look to Christ.