We Pray for Peace as we Revel in War 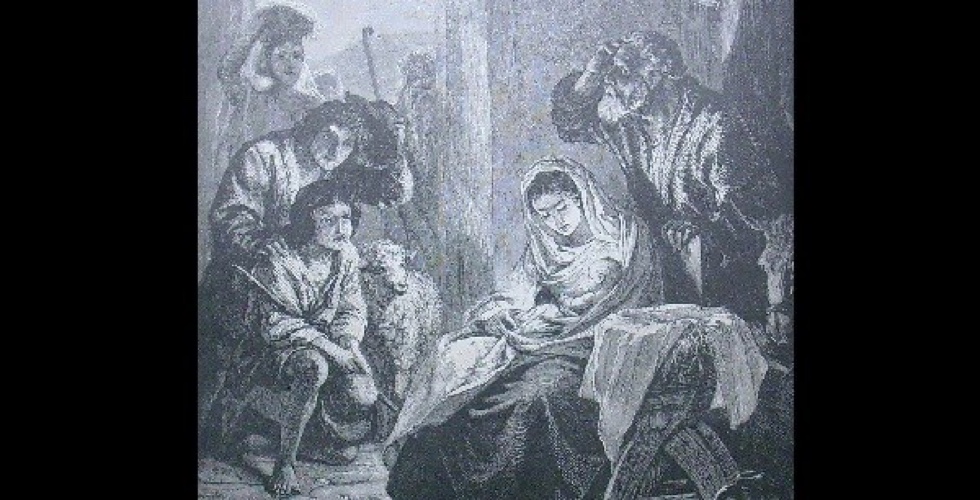 Contents show
1 Bloodshed Leads to More Bloodshed
2 Being a Citizen of the Kingdom of Light
2.1 The Pattern of Peace Found in the Bible
3 Serving Opposing Masters

Whatever happened to the rifleman?
I’ve got a job for the rifleman.
He really knew how to settle the score
When mercy knocked on the Devil’s
When I pray for peace and revel in war.

I thought of these lyrics this morning as I read comment after comment from people who claim to follow the Prince of Peace condemning President Trump for pulling U.S. troops out of Syria.

I could go into a multitude of political reasons the U.S. government shouldn’t keep killing people in the Middle East. I could talk about the extraordinary cost in both lives and treasure. I could explain how past interventions led to new interventions that will lead to future interventions in a perpetual cycle of violence.  I could explain the concept of blowback and how foreign intervention and occupation actually makes Americans less safe. But there are a lot of people out there who can make those arguments far better than I. For a start, I recommend this recent interview Tom Woods did with Scott Horton.

But as a Christian, I reject the U.S. warfare state – and every other warfare state, for that matter – for a more fundamental reason. I submit to a king who claims the title “Prince of Peace.” He rules over a kingdom that promises to beat swords into plowshares and spears into pruning hooks.

How can I revel in war?

Being a Citizen of the Kingdom of Light

Isaiah 9 offers a glimpse at the coming kingdom and the king who will rule over it. The prophet proclaims, “The people walking in darkness have seen a great light; on those living in the land of deep darkness a light has dawned.” This implies a new kind of kingdom – a kingdom of light – a kingdom where “every warrior’s boot used in battle and every garment rolled in blood will be destined for burning, will be fuel for the fire.”

This kingdom of light is a kingdom of peace. Earthly kingdoms founded and maintained by force and violence spin forever in darkness. They exist in the shadow of death. Jesus came to establish something new – something contrary to the kingdoms of the world that all ultimately belong to the Devil.

Isaiah writes, “you have shattered the yoke that burdens them, the bar across their shoulders, the rod of their oppressor.”

And how did Jesus do this? Did he lead a mighty army to victory? Did he smite his enemies with fire and wrath? No. He submitted to them. He died on a cross and rose from the dead. He willingly became the scapegoat, the sacrifice. As Paul wrote, “He humbled himself by becoming obedient to death – even death on a cross!” (Philippians 2:8)

The Pattern of Peace Found in the Bible

During the Christmas season, we celebrate the dawning of the Kingdom of Peace. Isaiah writes:

“For to us a child is born, to us a son is given. and the government will be on his shoulders. And he will be called Wonderful Counselor, Mighty God, Everlasting Father, Prince of Peace. Of the greatness of his government and peace there will be no end. He will reign on David’s throne and over his kingdom, establishing and upholding it with justice and righteousness from that time on and forever. The zeal of the Lord Almighty will accomplish this.”

John the Baptist was the prophet who paved the way for Jesus. He fulfilled the prophecy proclaiming “A voice of one calling in the desert, ‘Prepare the way for the Lord, make straight paths for him.’” At John’s birth, his father, Zechariah, spoke a prophecy he of his own. He foresaw his son paving the way for this Kingdom of Peace.

“You, my child, will be called a prophet of the Most High; for you will go on before the Lord to prepare the way for him, to give his people the knowledge of salvation through the forgiveness of their sins, because of the tender mercy of our God, by which the rising sun will come to us from heaven to shine on those living in darkness and in the shadow of death, to guide our feet into the path of peace.” (Luke 1:76-79)

If Jesus guides our feet on the path of peace, how can we revel in war?

The kingdom of God has come. It is our job as citizens of that kingdom to live according to its precepts, to conform our lives to its value system, to extend its reach into the cold dark world, to cast away the shadow of death by shining the light of Christ through our words and actions.

America’s wars belong to another kingdom – a kingdom that stands in direct opposition to the Kingdom of God. We can’t serve two kingdoms.

But we try. We pray for peace but we revel in war. We cheerlead the bombings, and the drone strikes, and the foreign invasions. We claim “it’s necessary in the world we live in.” If you pledge your allegiance to an earthly kingdom, maybe it is. I don’t know. But as citizens of the Kingdom of God, we’re called to a different standard, a different ethic, an altogether different way.

For more thoughts on Christianity and war, check out episode five of the GodArchy Podcast —Who Would Jesus Bomb.

Did you like We Pray for Peace as we Revel in War?
You may also like These Posts:

PrevPrevGovernment would rather women abort than use cannabis
NextEp 115: Distributism with Alex SalterNext