If God Doesn’t Use Force to Impose His Will, How Can We? 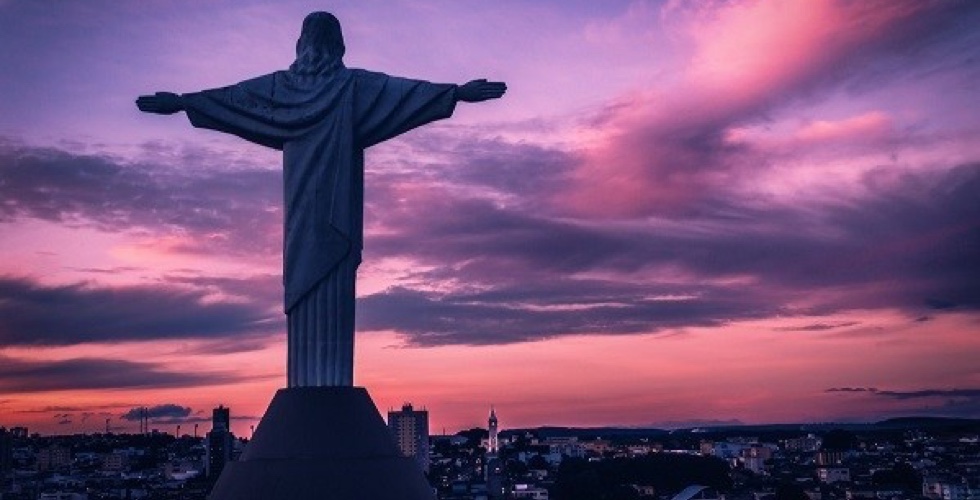 The world’s entire societal structure – statism – rests on a foundation of violence. People segment into various political groups and wrestle for control of a state apparatus that empowers them to impose their will on other groups.

Just consider the current debate over gun control. Large numbers of Americans have committed to taking away certain types of firearms from peaceful people. Of course, those people know they can’t legitimately use violence to take other people’s property – not as individuals. But if they can harness the power of the state and succeed in getting representatives to pass a law, the government will do what they morally can’t – use the threat of force and violence to take people’s property. In these people’s minds, the government supplies legitimacy to violent means to accomplish their ends.

Ironically, these people claim a desire for peace motivates their actions. But their idea of peace depends on violence.

Ultimately, what they want is the raw power to mold the world into their image. The state supplies that power. Most people, Christians included, are more than happy to wield it if they think it will enable them to get their way. While the may be motivated by noble ideals, their ends don’t justify their means.

Gerard Casey serves as philosophy professor emeritus at University College Dublin. He argues that God has an absolute right to impose his will by force. After all, he owns the universe. He also owns each one of us.

“If God, who from our perspective is the creator of the universe—he has literally made us, and in that sense, if anybody owns anything, God owns the universe—and indeed, from our theology, having died on the cross for us, he owns us again. So God, who owns us twice over, and who in a ‘my house, my rules’ way has the right, if anyone has the right, to tell us what we may and may not do and indeed to force us not to do it—if he’s not willing to do that, how can anyone have the right to do it?”

But while God certainly has the “right” to impose his will on us by force, he doesn’t. God’s kingdom operates on a fundamentally different ethic than the kingdoms of the world. Instead of a foundation of force, coercion and violence, God operates off of a foundation of love.  Consider the two Great Commandments.

How can you claim to love your neighbor while pointing a gun at her head and demanding she submits to your will? Would you want another person to treat you in that way?

When Jesus said, ” On these two commandments hang all the law and the prophets,” he meant that the entire moral/ethical structure of his kingdom flows out of these commandments.

Statist governments violate the second great commandment. So, how can believers embrace a statist system? Doesn’t God call those of us who claim his name to embrace a different ethic – His ethic?

Ultimately, God allows all of his children to live free. He offers us his Word, but he does not compel us to follow it. Sure, we will suffer the natural consequences of disobedience. Nevertheless, God allows us to make the choice. He does not use violence to force us to bend our knee and submit to him. And He doesn’t force us into his kingdom. We make that choice. Or not.

As Casey puts it, God extends the hand of friendship to us, but he doesn’t force us to grab it.

“If someone says to you ‘be my friend’ and points a gun to you, that is not a good start of a relationship. God offers us his friendship. We have a choice to respond or not. But if it’s to make any sense, it has to be free. You have to be able to say yes and you have to be able to say no. And here is the really interesting thing: God will respect your decision even when he knows it’s not a good idea.”

As his followers, we should go and do likewise.

Did you like If God Doesn’t Use Force to Impose His Will, How Can We??
You may also like These Posts: