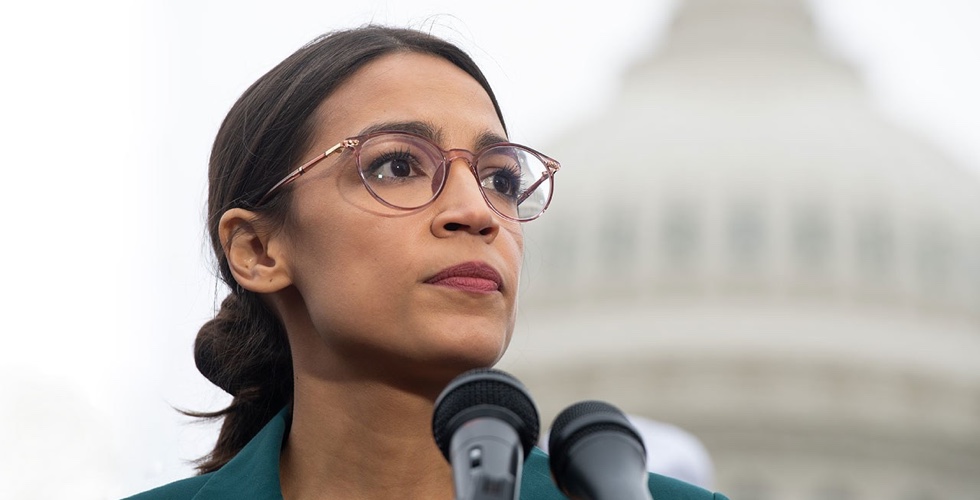 This is a guest post by Mike Maharrey, and was originally published on GodArchy.org

An article by Obery M. Hendricks Jr. published at Sojourners touted the “biblical values” of Alexandria Ocasio-Cortez’s democratic socialism. The problem with the argument lies in its conflation of means and ends. While some of the ends the political philosophy purports to advance certainly qualify as “biblical values,” the means of achieving them – democratic socialism –  stands in direct contradiction with one of the most fundamental biblical values – the Second Great Commandment.

When it comes to the world of ideas,  Hendricks hasn’t gotten around the bend just yet. He’s about halfway there, but he doesn’t realize that he’s yet to see the full picture.

A few years ago, I visited the Badlands in South Dakota. The road that leads into the western side of the park traverses treeless prairie land. Being from hilly Kentucky, I found the flat grassland strangely beautiful. Then suddenly, the road made a sharp turn and I found myself overlooking the Badlands with its deep canyons and beautiful multicolored rock formations. It was a vista I could have scarcely imagined was right around the corner just a moment before.

As I drove through the prairie, I was content with what I knew. In fact, in many ways, I believed my knowledge was complete. But when I went just a few steps further, my entire perception changed.

Hendricks argues, “Democratic socialism and the Bible share a strikingly similar vision of what constitutes a fair and just society.”

If you go halfway down the road, Hendricks appears correct. For instance, he writes, “In numerous biblical passages, leaders are admonished to strive for justice and equality by prioritizing the plight of the impoverished.”

Hendricks doesn’t see this. He writes, “Democratic socialism seeks to build a more humane society, not by force or compulsion, but by way of the age-old democratic practice of ‘one person, one vote.’”

In truth. Democracy doesn’t make society more humane. It does nothing to eliminate the violence, force and coercion inherent in all political systems. It merely shifts decision making. Instead of an individual or an oligarchy authorizing the violence, 50.1 percent of the citizens choosing to vote get to do it.

Hendricks buys into a fallacy holding that a majority possesses some kind of moral authority. It does not. If I cannot ethically justify hitting you and taking your stuff, gathering a large group of people together and holding an election doesn’t magically endow me with the moral authority to hit you and take your stuff.

Democracy simply means the majority gets to compel the minority to bend to its will. Democratic socialists believe that if they can convince 50.1 percent of American voters to accept their agenda, take it as a mandate authorizing them to pull out the guns and lock people in cages who don’t accept their vision of “social justice.”

Now, most democratic socialists won’t admit they will kill you if you don’t go along with their vision, but if you take their system to its logical conclusion, that is indeed where it ends. Never forget that the state ultimately enforces every law at gunpoint. In other words, with the threat of lethal force.

Progressive academics love to pontificate about subjectivism, democracy and this notion that societal opinion dictates right and wrong. But they only want to live in such a world if  they can bend majority will to embrace the moral framework they personally hold. They are moral absolutists who use the idea of subjectivity to break down established moral/ethical frameworks they don’t like. They want to replace them with their own.

You’ll notice that progressives never sit back and say, “Well, the majority clearly rejects the moral legitimacy of homosexual marriage, so we accept that. We’ll move on.” No. They try to seize control of government power so they can force society to embrace their moral principles of “inclusion” and “tolerance.”

Of course, the political right does the same thing. It deosn’t say, “Well, the majority accepts weed. Let’s stop the drug war.” They continue to lock people in cages for possessing a plant, despite large majorities of Americans favoring legalization. The only difference lies in the fact that the right typically relies on “traditional” moral frameworks to justify their coercion instead of the more modern ethical conventions held by progressives.

In practice, statism – whether democratic socialism or right-wing conservatism – boils down to the application of force. The legitimacy of government does not derive from a “collective will,” or “majority consent,” or from some mythical social contract. Its “legitimacy” rests on its ability to exert enough force to compel obedience.

This is emphatically not a “biblical value.”

Michael Maharrey is the Communications Director for the Tenth Amendment Center. He is from the original home of the Principles of '98 - Kentucky and currently resides in northern Florida. See his blog archive here and his article archive here. He is the author of the book, Our Last Hope: Rediscovering the Lost Path to Liberty. You can visit his personal website at MichaelMaharrey.com
View Author Archive

PrevPrevEp 107: Being Pro-Life with Elijah Thompson
NextEp 108: How to Not be Fooled by Media with Sean MaloneNext