Blatty and the Otherizing of Man 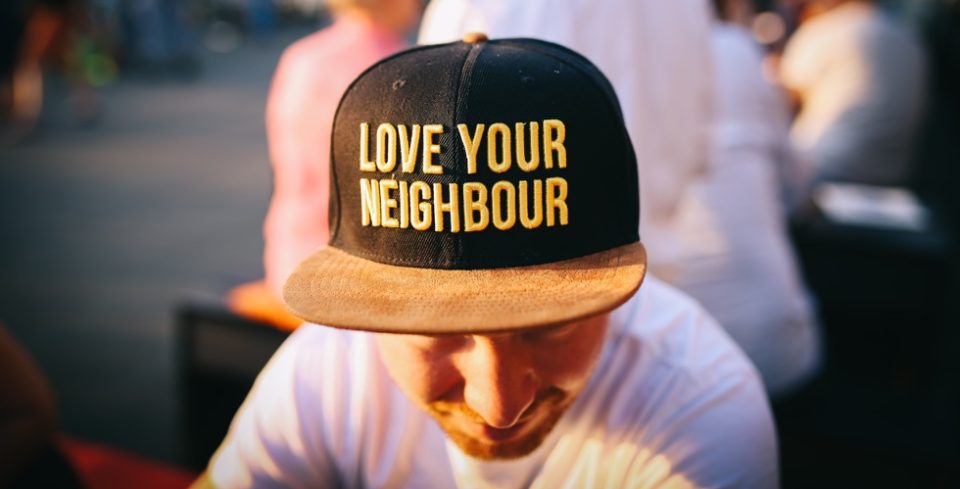 In 1971, William Peter Blatty wrote ‘The Exorcist.’ Till date, the novel is considered one of the scariest horror stories ever written. The movie adaptation traumatized many people in cinema theatres across the world. Roger Ebert called it a ‘frontal assualt’ and for good reason because it certainly is.

In the novel, we witness a young girl possessed by a demonic spirit. The demon recreates the innocent girl into a hideous gargoyle-like creature that screams obscenities, self-mutilates, and assaults everyone near her. The possessed girl even murders a friend of her mother and then proceeds to taunt her mother about what her beloved child did. Towards the end of the story, two Catholic priests are called in as a desperate attempt by the mother to cure her daughter of this strange supernatural illness. But the priests, relentless as they are in their attempts, are left in despair while the demon simply refuses to leave the girl.

During their momentary break from the exorcism rite, the younger priest, Damien, asks in frustration, ‘I don’t understand. Why her? Why this girl?’

The older priest, Merrin, replies, ‘I think the point is to make us despair, to reject our own humanity, Damien: to see ourselves as ultimately bestial, vile and putrescent; without dignity; ugly; unworthy. And there lies the heart of it, perhaps; in unworthiness.’

This otherizing of a human being—the twisting of God’s likeness into a hideous beast—is an anthropological phenomenon rarely touched upon by modern-day intellectuals. We see this phenomenon play itself out in culture, politics, and every other sphere in human history, including individual human lives. How often do we tend to conceptualize our opponents into half-animal, half-satanic hybrid entities hell-bent on destroying us through mischief? The Nazis propagated the Jews as devilish, not only in character but also in appearance. The Soviets did the same with the kulaks and any other state-designated ‘enemies of the people.’

Blatty touched upon this phenomenon with the deconstructing brush of the gospel. The demonic accusatory spirit twists and destroys the beautiful image of God within his creation in a way as to make it so that a human being must be handled with force and caged like a wild animal. This is an anthropological truth, regardless of one’s belief in demonic possession.

We see the hypnotic possession of a nation in all its hideous glory when the news media point us to a scapegoat to further political agendas of lobbyists and the like. As a result, the masses are polarized, and conflict, whether physical or psychological, is perpetuated; a mechanism that regards the human being like a wild animal is put into place so that society’s illnesses is solved through coercion and violence.

The satanic spirit of accusation and otherizing is an ever-present reality that stands whether or not one believes in the supernatural. It brings out the worst in people, and with it a strange contradiction of becoming the very thing one detests. In our mission to hunt down the animal, we become animals ourselves. We try to fight evil with evil.

The older priest, Merrin, says to Damien, “… I tend to see possession most often in the little things, Damien: in the senseless, petty spites and misunderstandings between friends. Between lovers. Between husbands and wives. Enough of these and we have no need of Satan to manage our wars; these we manage for ourselves… for ourselves.”

Father Merrin continues, “… At last I realized that God would never ask of me that which I know to be psychologically impossible; that the love which He asked was in my will and not meant to be felt as emotion. No. Not at all. He was asking that I act with love; that I do unto others; and that I should do in unto those who repelled me, I believe, was a greater act of love than any other.”

During the writing of this article, it became legal to carry out late-term abortions in the state of New York. It is now legal to inject poison into a child. How can such things come to pass in a self-proclaimed civilized society? The answer is very simple: when we deny the likeness of God in each and every individual, we set a precedent for mass murder. That is the trick of the demon in ‘Exorcist,’ to make everyone think that an innocent child is vile and disgusting. It is also the trick of this secular religion we call ‘the state,’ to engineer society as if we are all mere spokes in a wheel.

The antidote to this degeneracy of man cannot be anything other than the imitation of Christ. Blatty illustrated this wonderfully at the end of his novel. Damien, devastated by the death of Father Merrin, rages at the possessed girl. He pounces on her and starts beating her, but he immediately changes his mind and channels his fury into something else other than hate. ‘Come into me!’ he shouts at the demon inside the girl. The demon fulfills Damien’s wish and invades him, leaving the sobbing, traumatized girl once and for all. Damien then, overcoming the demon’s will within himself, hurls himself through the window and falls to his death; he sacrifices himself for the girl.

When we see God’s image within each and every individual, we don’t look for scapegoats. We don’t sacrifice human beings on our altars of hate and desperation. No, instead we seek their well-being. If we face an ‘enemy’ we seek reconciliation and the rehabilitation of those we deem to be ‘other.’ We die for them. ‘Greater love hath no man than this, that a man lay down his life for his friends,’ that was what Jesus said before dying on the cross at Calvary.

To imitate Jesus is to find the divine spark – the image of God – within each and every individual. And when we fathom this truth, we seek to preserve the gift of that spark that was bestowed upon us all. It doesn’t matter if we are not able to feel this truth. Sure enough, we will come across individuals who are pathological to the core; we will come across those who are truly possessed. But God has the final say, and if he says that all are created in his image and that Christ is the only way, then that’s all there is.