Trump, Tariffs, the Constitution, and the Congress 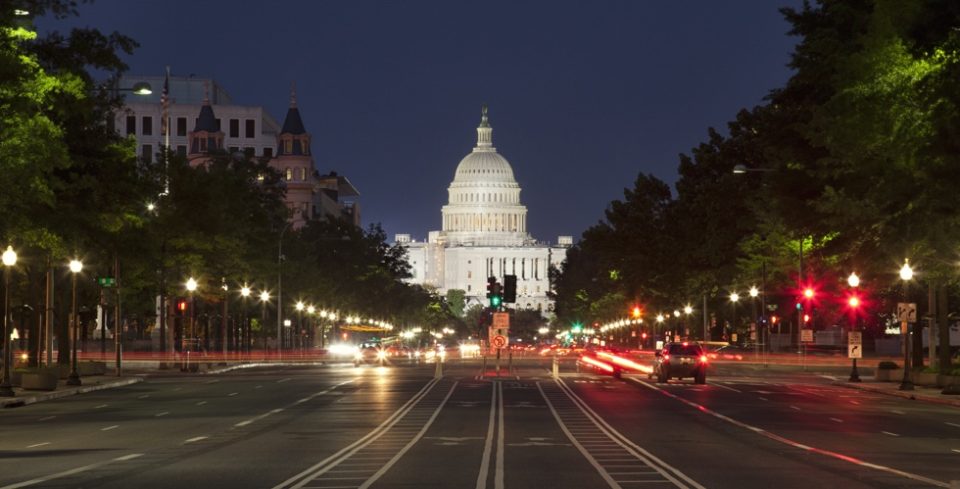 Donald Trump’s ignorance and incoherence on trade were on full display during his presidential campaign, but it was not until this year that he acted on those impulses—to the detriment of the American people.

Congress is partly to blame for this.

Article I, section 8, paragraph 1 of the Constitution reads:

The Tariff Act of 1789 instituted the first tariffs in the United States “for that support of government, for the discharge of the debts of the United States, and the encouragement and protection of manufactures.” It was passed by Congress, not unilaterally decreed by the president.

But, unfortunately, Congress later passed the Trading with the Enemy Act of 1917, the Trade Expansion Act of 1962, the Trade Act of 1974, and the International Emergency Economic Powers Act of 1977. These Acts gave power to the president that the Constitution never intended.

According to the Peterson Institute for International Economics—

Under the Trading with the Enemy Act of 1917, during time of war, the president has power over “all forms of international  commerce, plus the power to freeze and seize foreign-owned assets of all kinds.”

Under the Trade Expansion Act of 1962, the president can “impose tariffs or quotas as needed to offset the adverse impact” on “national security from imports.”

Under the Trade Act of 1974, the president has the authority to “impose tariffs up to 15 percent, or quantitative restrictions, or both for up to 150 days against one or more countries with large balance of payments surpluses” and take “retaliatory actions, at presidential discretion, including tariffs and quotas,” if a “foreign country denies the United States its FTA rights or carries out practices that are unjustifiable, unreasonable, or discriminatory.”

Under the International Emergency Economic Powers Act of 1977, during time of national emergency, the president has power over “all forms of international commerce, plus the power to freeze foreign-owned assets of all kinds.”

To remedy this trade problem, instead of simply repealing all of these Acts, Congress wants to reform them, or at least one of them.

U.S. Senators Doug Jones (D-Ala.), Rob Portman (R-Ohio), and Joni Ernst (R-Iowa) recently introduced legislation to “reform Section 232 of the Trade Expansion Act of 1962 to better align the statute with its original intent as a powerful trade remedy tool for the president and Congress to respond to genuine threats to national security.” The Trade Security Act “addresses the Trump Administration’s efforts to justify implementing tariffs on certain imports by citing a national security concern.” Specifically, the bipartisan legislation will:

“We cannot resolve perceived trade imbalances by accusing our allies of being a threat to our national security,” said Senator Jones. “We must hold countries like China who violate our trade laws accountable, but we must do so in a way that protects American jobs and strengthens the U.S. economy,” said Senator Portman. “When it comes to national security, we must hold bad actors accountable,” but “we must increase congressional oversight of this process,” said Senator Ernst.

Instituting real free trade—no government subsidies; no crony capitalism; no export-import bank; no tariffs, quotas, barriers, sanctions, or dumping rules; no trade agreements, treaties, or organizations; no trade representative; and no government interference, regulations, or restrictions—is not even under consideration by the Congress.