Should we dox her? How Jesus handled the outrage mob 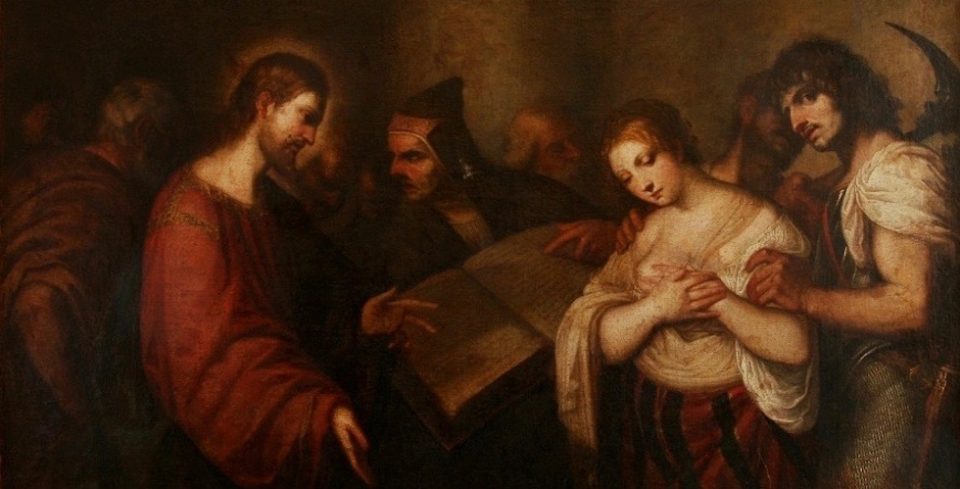 Outrage culture is not new. It wasn’t born with the invention of Twitter. It’s been around as long as human beings have been able to form mobs.

The days of Jesus’ ministry were a very religious time. The violation of some Old Testament laws carried severe punishments, even the death penalty.

These religious laws were clear and written down in The Torah. People knew what they were. There was a place people could go to reference them as culture.

So when the Pharisees brought an adulterous woman to Jesus while he was teaching in the temple courts, it wasn’t to get his ruling on a grey area. It was to see if he would agree with, or contradict, the Law of Moses.

Jesus went to the Mount of Olives. At dawn he appeared again in the temple courts, where all the people gathered around him, and he sat down to teach them. The teachers of the law and the Pharisees brought in a woman caught in adultery. They made her stand before the group and said to Jesus, “Teacher, this woman was caught in the act of adultery. In the Law Moses commanded us to stone such women. Now what do you say?” They were using this question as a trap, in order to have a basis for accusing him. (John 8:1–6 NIV)

Basically, here’s Jesus, minding his own business, when suddenly outrage culture brings an issue up into his Facebook feed and says “So, what do YOU think about THIS?!?”

When they kept on questioning him, he straightened up and said to them, “Let any one of you who is without sin be the first to throw a stone at her.” (John 8:7 NIV)

Jesus’ response was characteristically subversive, and full of grace. She had been caught in her sin. The law said to stone her. It was clear. But Jesus pointed to the underlying hypocrisy of the mob, just as guilty of their own secret sins that have never been found out, who sought to cast the stones.

It turns out, the mobs of 2,000 years ago had a bit more humility and wisdom in them than our social media mobs today.

At this, those who heard began to go away one at a time, the older ones first, until only Jesus was left, with the woman still standing there. Jesus straightened up and asked her, “Woman, where are they? Has no one condemned you?” “No one, sir,” she said. “Then neither do I condemn you,” Jesus declared. “Go now and leave your life of sin.” (John 8:9–11 NIV)

Now, Jesus doesn’t condone her behavior. He doesn’t want her to do it again. But he also doesn’t demand an apology, or prescribe a payment for her crime.

And what he absolutely does not do is condemn her. The human being before him.

Because he sees that there is a person who can live a better life, in a better way, if given the chance and if shown a little grace.

Should We Dox Him?

Contents show
1 Should We Dox Him?
2 Now, what do you say?

We too live in a very religious time. But our laws are not so clearly written down and easily discerned. Our culture has no Torah.

Today, the accused is a Covington Catholic High School student. His crime? Mocking a Native American veteran and activist, Nathan Phillips. He was caught in the very act. Multiple camera angles, in fact (which don’t all provide clear support for the outrage narrative, BTW).

If the allegations are true, outrage culture is clear on the punishment for this crime. Make him apologize. He must pay for his crimes. Destroy his life. He should be doxxed.

As for our response? It’s a binary choice. We must either condemn him (and publicly, on Facebook), or we stand with him.

We are living at a time when both sides of the partisan political aisle are simply lying in wait for someone on the other side to stumble. To display bad behavior. And then pounce on them. Hold them up as an example. Make them represent everything we despise about the other side. And then actually take pleasure in the destruction of their lives.

Now, what do you say?

The Pharisees and the self-righteous mob has tossed this Covington Catholic student before us and asks: “Now what do YOU say?”

I say there is a third way. It’s the way of Jesus.

It’s the way of putting down our stones.

It’s the way of recognizing we also have hidden sins in dark places we hope no one ever sees.

It’s the way of admitting that we are a work in progress, and we don’t always live out our best selves.

It’s the way of seeing other people as human beings. As people whose stories have not been written yet.

People who can grow and change.

It’s recognizing that in our own lives, we’ve rarely been persuaded by humiliation or force. When we are held up as a bad example, and humiliated for our failures, it almost never results in change. It hardens us. It scars us. It turns us against our accusers.

It’s taking a subversive stance of grace against the self-righteous mob of outrage culture and gently saying “Go, and live differently tomorrow.”

Because that’s what it looks like to carry out the Second Greatest Commandment of loving my neighbor as myself.

There may come a day when I publicly stumble. When the darkness within me shows up while the cameras are rolling. When you catch me at my worst.

And if that happens, I want to live in a world that does not condemn me. That grants me some grace, and that recognizes that the darkness doesn’t define me.

That I can pick myself up, go, and live differently. 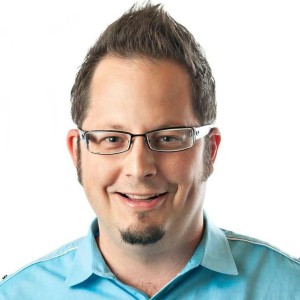 Jason is the author of the books "Ron Paul: Father of the Tea Party" and "Disciple of Liberty." He is on the Board of the Libertarian Christian Institute, and occasionally makes an appearance on the Libertarian Christian Podcast. He is a former pastor and is currently a commercial film producer and director in Austin, TX.
All Posts
About Articles on LCI LCI posts articles representing a broad range of views from authors who identify as both Christian and libertarian. Of course, not everyone will agree with every article, and not every article represents an official position from LCI. Please direct any inquiries regarding the specifics of the article to the author.

Did you like Should we dox her? How Jesus handled the outrage mob?
You may also like These Posts: