Gosnell: A Tale of Sacrifice and Redemption 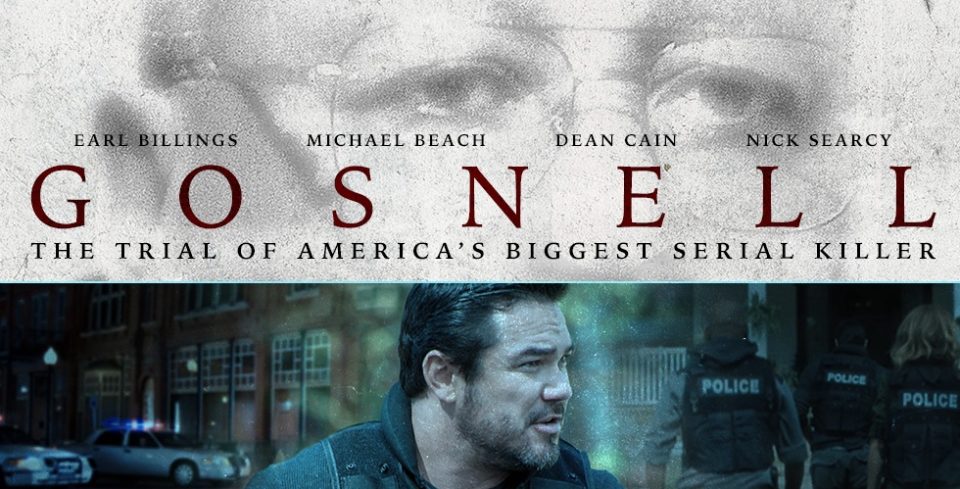 In 2010, Detective James Wood, hot on a drug trafficking trail, stumbles onto a case that is more sinister than one can ever imagine. A dark sacrificial rite was brought out into the open, and it surprisingly remained a secret for most of us until director Nick Searcy made ‘Gosnell: The Trial of America’s Biggest Serial Killer.’

One of the most captivating scenes of the movie is that of an FBI raid taking place at an abortion clinic run by Kermit Gosnell. The entire scene itself, though not overly gory, is haunting. It reminds one of how an Allied soldier might have felt like when he walked through one of Hitler’s concentration camps for the first time. The eerie halls of the clinic are messy and littered throughout with small bags, some of which contains corpses of infants. It is meant to look like a descent into hell. That scene is everything one would want to know about the state of a society divorced from the love of the Creator.

But before we glimpse at a hellish world void of God, it is necessary to see why God’s revelation paves the way for a merciful and life-affirming humanity. It is established from the very start that the protagonist, Detective Wood, is somewhat a man of faith, which is interesting because it is a person of faith who looks upon an infant not as a mere fetus but as a flowering of life meant to be cherished and nurtured.

When Wood walks through the halls of the clinic and glimpses at a suffering patient, he cannot look back. From then on, he works tirelessly to find someone who can expose Gosnell for what he is–a cold-hearted serial killer masquerading as a social worker.

The detective finds an ally in an attorney named Lexy McGuire, and together they are able to start a lengthy courtroom prosecution against the notorious abortionist, but not before running into numerous hurdles. The very nature of the case touches upon a sensitive topic for a lot of people; it touches on the raw nerve of today’s political and racial divide in American society. Before the trial, both the detective and the attorney are warned that they should not turn the case into a debate over abortion, but the viewer is inevitably left wondering.

It is interesting that though there are many people on the pro-choice side, almost nobody wants to delve deeply into the conversation, particularly the very procedure of abortion. The petty sloganeering and constant talks of ‘rights’ fail time and time again at highlighting what is really at stake. The so-called medical act of abortion is a horrifying sight to behold. It is near impossible to even describe the procedure. To many, it is as if the subject is taboo–a dark secret. And why shouldn’t it be? The practice is reminiscent of the child sacrifices of ancient pagan societies such as those of Carthage and Canaan.

Kermit Gosnell is probably the only serial killer backed by an ideologically motivated state bureacracy, as the detective and the attorney who are working on the case find out first hand. The abortionist’s clinic is never inspected by officials despite reports of patient deaths. Why? The sacrifice in a post-Christian world is drastically remade into a medical procedure that is performed to save victims. During his trial, Gosnell claims that he was helping the patients, and the ideologues who occupy the highest seats of society believed him.

The issue of abortion is often presented as a rights issue, but what is overlooked is that most of the women who are operated upon are poverty-stricken urban dwellers, and many of them are operated on against their will. One such patient is an Asian refugee who falls victim to Gosnell as she repeatedly cries, ‘No, no!’ She dies during the procedure.

In reality, as seen through the protagonists’ crucifixion-haunted eyes, the procedure is nothing but cold hearted murder. What is often presented to us as a human right may just be another human being’s death knell, and abortion is just that. Consider how many wars today are started on the pretext of compassion. In zealously and violently fighting for the welfare of victims, we create more victims. René Girard, the French anthropologist, describes this strange method of relapsing into paganism:

“The Antichrist boasts of bringing to human beings the peace and tolerance that Christianity promised but has failed to deliver. Actually, what the radicalization of contemporary victimology produces is a return to all sorts of pagan practices: abortion, euthanasia, sexual undifferentiation, Roman circus games galore but without real victims, etc.”

When we see the world through the eyes of the dying Christ, it is only then can we redeem both the victim and oppressor. Through the eyes of Christ we see not a fetus but a child of God, and the mother is thoroughly deserving of this gift from God.

Towards the end of the movie, it shows us the humanized face of a child – a ‘fetus’ who has survived an abortion. The shining faces of the mother and her child is a testament to Jesus’ victory over the sacrificial powers of the world. The humanizing of the victim is probably the movie’s biggest achievement; it is something that many people who specialize on the subject have chosen not to do, and they fail miserably while the movie succeeds triumphantly.

In conclusion, I would highly recommend ‘Gosnell’ to audiences who are willing to listen and have genuine and seeking conversations. The movie has already changed a lot of minds; but I doubt it will change the minds of those who are beholden to ideologies, as the silence of the mainstream media on the release of the movie clearly indicate