The Christian Posture Toward Others 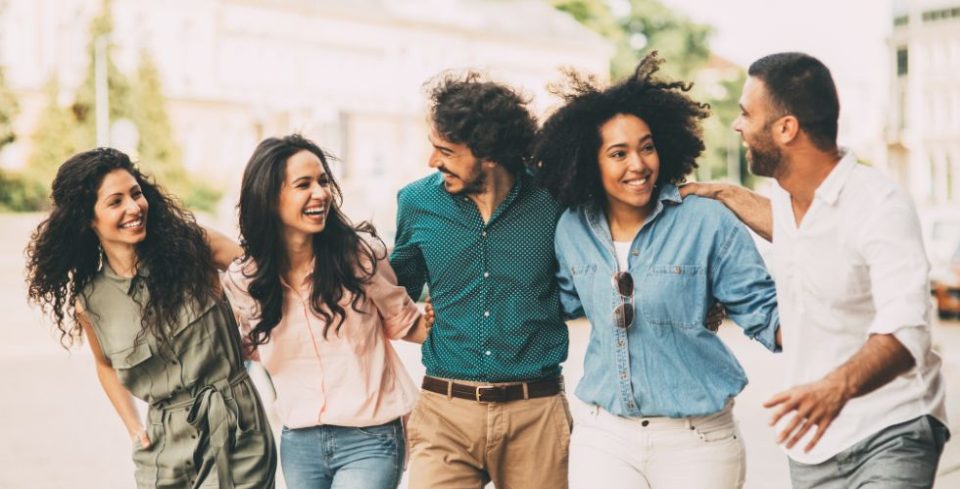 It is part of human development that people from every generation must come to terms with and decide what to accept from the faith traditions they inherit from previous generations. Despite their accumulated wisdom, our parents (and their parents) are not infallible. Not everything they hand down to us is worth holding on to forever. So children move on, and for better or for worse, they make their faith their own. But how should Christian posture toward others be?

The Christian Posture Toward Others

Contents show
1 The Christian Posture Toward Others
1.1 Christian social teaching to good political economy
1.2 Those who participate do so voluntarily
1.3 “What about those who say ‘I do not consent to your politics’?
2 Yes, Christians should oppose greed (which is not capitalism)
2.1 Jesus’ Kingdom message of “love your neighbor”

Whether from disenchantment with traditionally conservative Christian values or a shift in theological or philosophical priorities, many Western Christians are moving away from the faith expressions of their parents. They are adopting new or modifying former values, beliefs, and practices.

Because moving away from one’s faith is part of a larger “package” of familial, social, and cultural considerations, the the rejection of perceived harmful attitudes, habits, and beliefs will often include things that ought not be rejected.

Tragically, one of the trends in this shift toward new ideas is the rejection of free market capitalism. From rejecting capitalism on the false assumption that it breeds greed (“Jeff Bezos won’t pay his employees enough!”) or promotes self-interest (“Corporations put profits before people!”), these sojourners in the faith make a huge leap from good and appropriate Christian social teaching to good political economy. They presume that since Jesus talked about love for our neighbor and had many warnings for the wealthy, it follows that capitalism means we must choose a different system altogether.

Not every Christian thought leader believes in a wholesale exchange of one system for another. Some seem to want this. But there is a clear shift in the socio-political theology in many Christian evangelical sermons, books, and other writings.

Those who participate do so voluntarily

We are certainly to love our neighbors, treat them with respect, honor, and dignity, and help the ones who are in need. When somebody aligns themselves with the Kingdom of God, they are joining a movement for a common purpose of participation in God’s work in redeeming the world from its sinful and fallen state. Yet this participation is invitational by nature; that is, those who participate do so voluntarily. And if the early church succeeded in resembling some form of “socialism” (an entirely anachronistic word to use to describe it in the first place), its success is owed to the fact that it was an entirely voluntary phenomenon.

No, adding the word “democratic” doesn’t make it holy, or voluntary. It’s quite the puzzle to me. Many of these dear Christian friends have rejected very morally limiting and anti-freedom institutionalized religious communities, yet they turn around and are quick to espouse a similar morally limiting and institutionalizing of the voluntary interactions of millions of people.

“What about those who say ‘I do not consent to your politics’?

The important question for Christians flirting with socialism is to ask, “What about those who say ‘I do not consent to your politics’? If they don’t align with your faith or ethics, is it a Christian virtue to require they abide by the political framework you believe ought to exist? How is this loving your neighbor?” Their very act of walking away from what they perceived to be oppressive religious indoctrination is Exhibit A in the case against coercive politics.

The irony here is that these Christians are generally open-minded and inclusive in their attitudes toward others. They are often warm and welcoming to others, including those with whom they disagree. They just need to apply this posture in politics. It is Christian posture toward others that is critical because it demonstrates our willingness and ability to treat others not like us or who disagree with us the respect and dignity they deserve. It promotes an inclusive world where people are free to live according to their own conscience, one where we let “everyone be convinced in his own mind” of following Christ (Romans 14:5).

Yes, Christians should oppose greed (which is not capitalism)

And of course, everyone should oppose societal evils. But the critical failure of progressivism and those who follow their economic suggestions is to embrace the kinds of institutions that enable and propel the very kinds of injustices they wish to abolish. They can preach all they want about the abuse by a few of “too much freedom,” but until they reflect deeply upon the special rights they endow to the very institution they just can’t give up (and learn some decent economics), their addiction to power will remain obvious to those of us who stand firm against empire.

The greed of others in society cannot be eliminated. It can only be minimized or redirected into productive uses. The presence of a free society and the rule of law protects acts of consent between rational human beings, greed is channeled into service. That is, if I want your money or some other possession, I have to do something for you in exchange. The presence and legal protection of free exchange fosters cooperation and mutually beneficial trade.

It is in this way that advocating a free society is compatible with Jesus’ Kingdom message of “love your neighbor,” because such an ethic demands that we respect the property and life of other people. When required to respect each others’ property, our choices are channeled to think about trade rather than plunder. Doing so peacefully is essential, of course, which is where freedom to exchange with others is key to a peaceful society.

There is nothing unChristian for followers of Christ to consent to permit others to live according to their conscience, even if that means they don’t consent to the entirety of our moral framework. Nothing in a free society keeps them from forming communities founded on their preferred ethical commitments. Yet they cannot make the same offer to advocates of a free society.

Read More »
PrevPrevEp 89: How to Live Free or Die
NextSlavery and Submission in the Bible: A Case for an UpdateNext