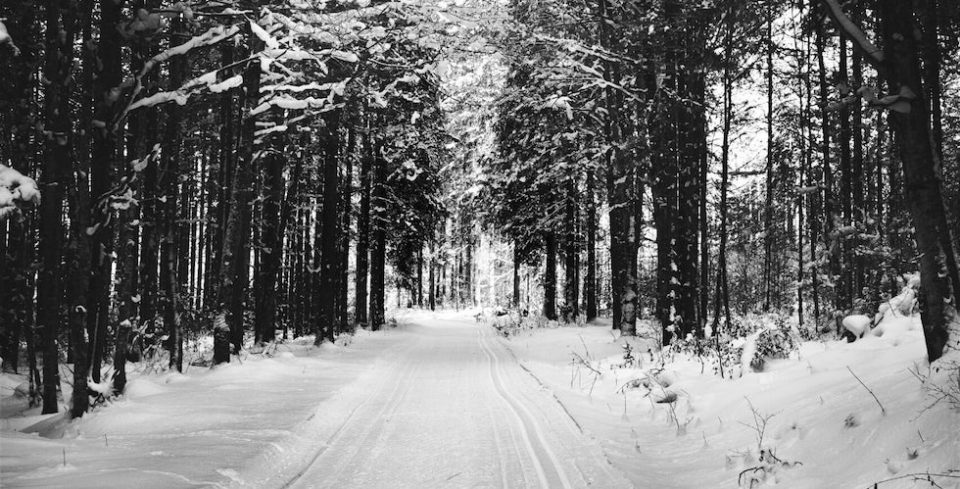 In volume three of Solzhenitsyn’s ‘Gulag Archipelago’ we are told of the tragic story of the kulaks and the Soviet state’s role in their horrible fate. The kulaks were the most productive and wealthiest farmers in the Soviet Union. They were responsible for being the backbone of Russia’s agriculture. Unfortunately for them they were what the tyrannical authorities deemed as ‘benefactors of privilege.’ Because it was now the ‘good guys’–the so-called oppressed and lowly–who ran Russia, the days of these privileged few were numbered.

The Soviet authorities during the reign of Stalin implemented a process of ‘dekulakization.’ The state authorities, assisted by social activitists, swarmed in and rounded up the kulak peasants. Those who were not executed were confiscated of all their properties and wealth, then they were forced to resettle along with their families. What followed was sheer brutality. The harsh wintry climate of the Russian wilderness wiped out almost all trace of the exhiles. Millions perished; and due to the absence of the Soviet Union’s best farmers, a famine occurred that wiped out millions more.

How did this happen? What could drive people to commit such atrocities and at the same time indulge in economic suicide? The historical accounts say that even the common people were engaged in this persecution, not just the rulers. In order to uncover this enormous mystery, an understanding of mob dynamics must be considered.

Journalist Vasily Grossman recounted that the activists who helped the secret police with arrests and deportations “were all people who know one another well, and knew their victims, but in carrying out this task they became dazed, stupefied… They would threaten people with guns, as if they were under a spell, calling small children ‘kulak bastards,’ screaming ‘bloodsuckers!’… They had sold themselves on the idea that so-called ‘kulaks’ were pariahs, untouchables, vermin. They would not sit down at a ‘parasite’s’ table; the ‘kulak’ child was loathsome, the young ‘kulak’ girl was lower than a louse”.

Much has been said and written about class inequality and the unfairness of hierarchies, but the hardest task for any anthropologist is to engage with the dehumanizing or ‘otherizing’ of the enemy group that lies at the heart of both conflict and persecution. The dekulakization period of Russia is a good example of how human beings are hypnotized en masse into murdering innocent people. In order for an atrocity to take place, a group must be dehumanized; and this can only happen within an environment that lacks all inspiration of a personal and divine creator.

The kulaks, due to their privilege, were turned overnight into blood-sucking monsters. In order for the utopia to be ushered in, cried the followers of Lenin and Stalin, these privileged few must be sacrificed into the hands of nature. The mass exiles were, without doubt, a continuation of human sacrifice, where the unblemished/deformed are offered up to the gods. The only difference between sacrifices then and now is that the gods today are not supernatural but rather they are the governing institutions and political ideologies that seek to sway us as a collective. If one finds this hard to grasp, one can glance at the crowds today who cry consistently for the sacrifice of either the parasitical or privileged or both. Such people offer no resolution but only an inversion of the existing hierarchy; the sacrificial dynamics remain the same.

I give you an illustration from a long-ended communist regime, but make no mistake, the era of human sacrifice — of silent tyranny — is truly well and alive. Just as the kulaks were persecuted for being criminals in the eyes of the law, countless men and women today — victims of war, ideology, and unjust laws — are thrown onto the altar of state religion as an appeasement to the pagan god of violence. As Solzhenitsyn had declared in his fight for truth, the machine of sacrifice can only be ended when men remember the divine spark within each and every one of God’s creation.

Here we conclude the study of the first kingdom, man-made and in perpetual need of blood. This kingdom, without a shred of doubt, is one of exclusion, forever sending its offenders out into the wilderness in order to sustain itself, just as it did to the kulaks, and just as it does to many today. The kingdom of expulsion, therefore, stands in stark contrast to the second kingdom which we will now read about–the kingdom of exiles. This second kingdom, established by a first century Nazarene, is a kingdom unlike any other; it allows the first kingdom to expel its citizens, but with every expulsion it is the kingdom of exiles that emerge more and more triumphant.

Take, for instance, the story of Zaccheus, the tax collector, a man who was despised by the people of Jesus’ time as a traitor to his people. When the short-heighted Zaccheus climbed a tree to catch a glimpse of Jesus, the Nazarene called to him and declared that he would stay and eat in Zaccheus’ house. The crowd was astonished. How could a prophet eat with an unclean and parasitical sinner? Jesus continued to shock the people of his homeland by being with one unclean traitor after another. And his disciples continued the tradition.

Who could be more privileged in the first-century world than a Roman? The Centurion Cornelius was a God-fearing man, and God wanted Peter to baptize him into the body of Christ. Peter was a disciple of Jesus; he believed in the self-sacrificing love of Christ. But he was a Jew and Cornelius was a Roman, and a hesitation came upon Peter because of this. Did God really want unclean Gentiles into his kingdom? God’s answer was swift and sound: “Do not call unclean that which I have cleansed.” Peter obeyed God and welcomed Cornelius into the church. Those who would not be accepted into the community of the world are embraced into the kingdom of exiles.

This embracing of the exiles is a brilliant expośe of the kingdom of expulsion and its sacrificial mechanism. When the worldly kingdom forcefully exiles its own, Christ’s hands reveal those who are exiled as truly innocent. The crucifixion of Jesus has put an end to end to persecution by putting a human face on the dehumanized; it is an act that cannot be undone. It is because of Jesus, who is the perfect human being, that we as a species can pursue freedom and peace not through violent bureaucratic tyranny but through voluntary non-violent interaction.

Solzhenitsyn lamented the fact that an economic golden age of Russia had been stolen away due to the extermination of the kulaks. The kingdom of exiles, on the other hand, is a realization of Solzhenitsyn’s dream, where all are welcomed, embraced, and encouraged. When Zaccheus is embraced by Jesus, he decides to give half of all his property to the poor. Therefore, the non-violent message of Christ’s love brings forth something that is unimaginable in the eyes of the world: voluntary redistribution of wealth. A single day spent in the presence of the Lord achieved that which neither Marx nor his minions could ever achieve in a hundred years. Indeed, this was what CS Lewis referred to when he wrote the following:

“All is righteousness and there is no equality. Not as when stones lie side by side, but as when stones support and are supported in an arch, such is His order, rule and obedience, begetting and bearing, heat glancing down, life growing up. Blessed be He!”

The kingdom of exiles thus embraces all through a viral love unsurpassed. No censorship, manipulation, or any other form of force is needed in Jesus’ kingdom, only a recognition that the enemy other is our brother and sister. This kingdom is also solidly founded on the truth, for it is not an hypothetical utopia, rather it had been thoroughly and repeatedly demonstrated in vivid color by Christ and his disciples. Just as it had been demonstrated before, so can we today, for truth, love, and talent can only flourish when we pierce through the lie of violence and embrace the exiled and dehumanized other.