Why the Left Adores Donald Trump 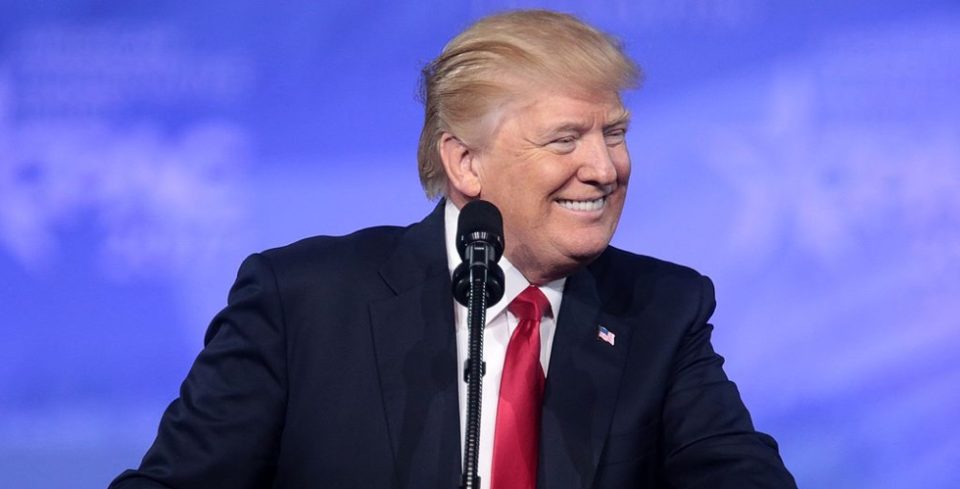 The Left worships Trump because he is an irresistible obstacle to their devotion to the victim-garbed Total State. For generations, mainstream Western culture has taught us that the cognitive dissonance we feel when we intuit the suffering of our inflationary debt bondage, elective wars, crony health care planning, welfare mental prisons, and cartel protecting rigged-ulations can be healed by socially showing perfect submission to ever-reforming Politically Correct thought, dress, and speech codes.

Trump’s view of state power is an anachronism, one that has deported less children than Obama and Clinton each but uses coarse communication to do so. One that wants to bomb slightly less countries than Obama, Bush, Clinton, but uses blunt gorilla chest thumping to sell bombs while they used aristocratic tears for mythic justice. One that might actually end some bits of drug war carnage that Obama, Clinton, Bush dutifully executed but ponders aloud about death penalties for drug dealers.

Obama deported over 2.5 million immigrants and covered refugee children in aluminum in dog cages and no Nazi-decrying mass outrage was heard. Obama killed more Muslims in immoral wars than Trump and the trendy set will still swear the former protected Muslims while the latter is their unmatched scourge. The selective outrage of the fashionable clique shows that physical violence does not register contagious concern when it is executed by Politically Correct personas.

Trump’s child-like honesty about the vulgar, self-interested pettiness of statecraft is too much to bear in the presidency, the most sacred symbol of our identity. A mouth who speaks plainly about self-glory fumes a smog in the pristine sanctity of collective power that unveils the hidden bodies the state grinds for the preservation of the nation’s body.

The Politically Correct crowd must persist in deifying Trump’s power to avoid looking at the mirror it shines on their own complicity in state carnage at home and abroad through their decades of voting for status quo leaders. They cannot bear the guilt that a moment of repentance requires them to shoulder: to reject the lie that it is ever okay to use violence against a nonviolent person for a business, personal, or vice choice, no matter what Politically Correct fads numb and misdirect conscience.

The Politically Correct’s language and association-based quarantine from the guilt of desiring and benefiting from state violence against innocent human life, white and brown, poor and rich, female and male, fails to vouchsafe their sense of self and social acceptance as long as they do not signal to others that they want the profane heretic defiling their social order punished and humiliated.

In order to project their own guilt for complicity in state violence onto their target of ridicule, the “incestuous, number 45, traitor” as the peace-mongers call him, he must admit guilt. He refuses and so his monstrous power over them grows stronger. They wait daily for word that the accusations prove correct as their media role models assure them: that Trump is an ally of a foreign power, one they are told hates gays, has little interest in feminism, is largely “white,” and worst of all, is slowly recovering from the starving nightmare of socialist dogma that demands all ruled humans be forced into perfect sameness.

Aha! This, this heaven-sent collusion conspiracy allows them to self-soothe safe in the knowledge that Trump’s brutal honesty about state violence is a foreign-borne infection of the system, not a revelation of its primary banal function.

So the media-submitted mind screams when the TV says scream about the prospect of dialog and peace with Russia, North Korea, and Syria. It screams at the blurring of what is an in-nation and an out-nation when Trump off-handedly suggests the EU could be a “foe” and Russia a mere “competitor.” Out-nations—non-Western elite approved regimes—wear their violence on their sleeves as the tyrants of yore. The in-nations, the ones that ravaged Libya, these would-be saviors hide their violence under the banner of protecting and avenging the poor and vulnerable.

It never dawns on the legion of “love not hate” that their faithful defense of NATO’s military industrial benefactors makes them useful idiots for the perpetuation of global graft and greed. That their calls for social justice are neutered banners used by calculating corporatists to demonize foreign people in not-fully compliant countries like Russia. That their faithful parroting of accusations of Russian cultural bigotry is itself the worst kind of cultural chauvinism: as if their Western-birthed values are the standard by which all other cultures should be judged.

If the adoring mob destroys Trump and breaks the will of their so-called “inbred” lessers that he represents, the Politically Correct believe they can return to building the sacred oneness of total state management of their health, safety, personal choices, and resentment against those who have unequal advantages or wealth differences. Vengeance is mine, says the state. The crowd waits with salivating anticipation.

There is an adage that says, “If your highest goal is to consume, you will be consumed.” Trump’s naked love of self and dominance is like rich chocolate cake to the followers of the Politically Correct cultural diet. They adore state power just like him, but they think their hands are clean because of their vocal denunciation of the gluttonous words and self-love he forks.

Stomachs growling in envy, they denounce his gleeful, open consumption. They have been taught not to devour such rich decadence in public. (What one does in the privacy of home or the voting booth is another story.) They hate what they actually adore but cannot attain personally. Guilt-racked covet the perceived supernatural freedom of the shame-less. For they know if they were to flaunt their wealth and use the words Trump uses, they would have little chance of succeeding in their own social status jockeying. So they decry their cake eating divine troll—staring at his every bite—while waiting for the chance to banish him from the holy feast of state power.

The problem is, it won’t assuage their guilt or provide the unity they desire.

Read More »
PrevPrevThe Slave and the Aristocrat
NextEp 78: Libertarian Christian Q&R, Round 4Next