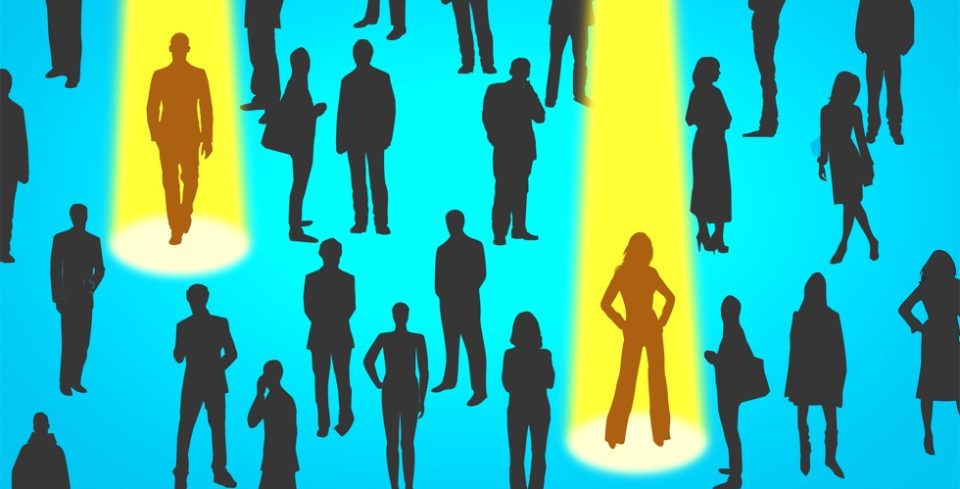 We have placed too much hope in political and social reforms, only to find out that we were being deprived of our most precious possession: our spiritual life.
–Aleksandr Solzhenitsyn

In April 2018, when Kanye West expressed his admiration for Candace Owens, the left-leaning American celebrity class exploded. Kanye was supposed to be a role model for his fans, but he kept saying things the left deemed unacceptable. When he said that “slavery was a choice,” the media and his detractors very well may have been right on that specific point. But was the big picture of Kanye’s message really wrong when we consider that he broke from the unifying narrative of a certain group (which is itself tangled in rivalry with another group)? It’s probably insane to think that Kanye actually thought through his words, but we will attempt to figure this out (at least from a far-off vantage point).

The argument has nothing to do with whether Kanye is right or wrong in his politics, but rather the effects of his statements. In a sense, Kanye’s decision broke the hallucination of a certain crowd: the hallucination that the ‘other’ crowd is the source of all crisis and evil and deserves to be subdued. Assimilation into a group is a good way to hide responsibility. It’s also a good way to magnify guilt, which is most often transferred onto a scapegoat. For clarity, consider the issue of racism.

Many say that racism is a big problem in society. Many also conclude, quite erroneously, that this problem comes primarily from a specific ethnicity, religion, political party, or individual. One group sees itself as ‘not racist’ and targets the other group as being utterly racist beyond comprehension. Therefore, when the supposedly ‘moral’ group gains political authority, it imposes a set of laws in order to fix and control what it perceives as the evil that is embodied by the enemy camp. This demonization of the ‘other’ is the birth of coercion, and it results in a silent tyranny where non-violent people are routinely persecuted, killed, or thrown into prison.

While racism (or any other group-based hatred) is most certainly a problem, observe how we tend to deal with it. The governing authorities impose laws which are intended to fight discrimination, but anti-discrimination laws tend to have a dual effect. The once-marginalized become the privileged, and the once-privileged turn marginalized. We are then forever engaged in a cycle to remedy inequality through legislation, and so we press on towards more laws and multiply discrimination each time the cycle repeats.

If one’s reaction to this is, “You’re arguing for the elimination of anti-discrimination laws,” they have entirely missed the point. Laws can only do so much, and too many laws make us heavily-reliant on false gods. We come to a stage where we think that anything and everything can be remedied by the coercive power of the state. Laws and human effort cannot coerce another person into becoming a good; the evil person has to be transformed.

What if we individually decided to transcend the realm of coercive laws? What if we recognized the universe-shaped hole in our modern day-to-day life, which is entrenched in materialism and the worship of all things hollow? It has taken us millions of years to come to the realization that the value of human life far exceeds our wildest imagination, and the path that leads to this realization involves abandoning the tribal mentality which permeated archaic societies.

For centuries, men have bonded together as collective entities in order to control the ‘other.’ Groups clashed against other groups, and each became the mirror image of the other in their violent struggle for the right to sacrifice scapegoats and control the masses. A certain Galilean living in the first century showed us the way to break out of this mimetic bind.

The gospels of Mark and Luke both report Jesus’ exorcism of the Gerasene demoniac. When Jesus asked the man possessed by demons for his name, the man immediately replied, “My name is Legion, for we are many.” Jesus drove ‘Legion’ out of the man, but the people did not react well to the miracle. This is well worth thinking about.

One day, a crowd brought to Jesus a woman who had been caught in the act of adultery. The crowd had every intention of stoning her according to their law, but before doing so, they asked for Jesus’ approval. In reality, they wanted Jesus to assimilate into their lynch mob by directing the fury of the crowd onto the hapless woman. Notice here how the accusatory spirit of the lynch mob is emboldened by the law of the land. A coercive nature is revealed in this group dynamic which seeks to absorb more and more into its fold. Sadly, it is by this very dynamic that the world today runs its social, cultural, and political engines.

What Jesus does next turns this mechanism entirely on its head. He tells the crowd that whoever who has not sinned may cast the first stone. He unravels the complicity in each and every one of us that fuels the engine of mob hate. The crowd is stunned by Jesus’ words. They are no longer able to proceed with the stoning. One by one, they drop their stones and walk away.

The unmasking of collective hate nullifies the law of coercion. As a result, mercy and rehabilitation emerge. After he has disarmed the law of coercion, Jesus speaks to the adulterous woman and equips her to face the world in a proper manner. He says, “I do not condemn you. Go and sin no more.” Christ commands her to bear her own responsibility and not hide behind a scapegoating mob. Later, he would provides her with his own example of self-sacrificing love on the cross: an example which she must emulate.

The law of coercion, acted out through a frenzied mob, is once and for all put to death by Jesus’ crucifixion at Calvary. Christ reconstructs the group dynamic into a family where everyone is freed from hatred and coercion. He does away with the spirit of accusation and remodels the group around a spirit of voluntary self-giving. He frees us from being slaves to the collective spirit of Legion. He gives birth to a new counterculture which leads us away from the lynch mob and into the family where we are accusers no more. He leads us to his kingdom where we are always loving, caring, and rehabilitating those who are still possessed.