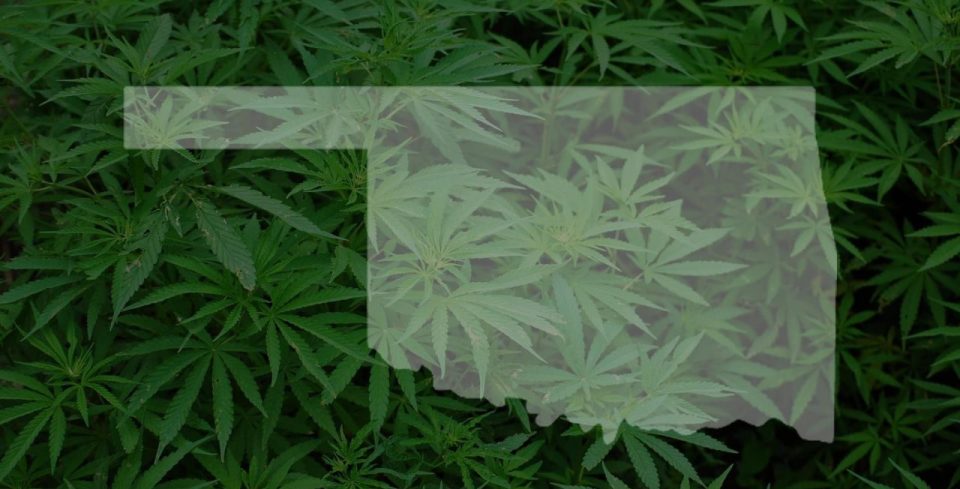 As Americans, we can have these debates, sometimes contentious, about the meaning of marriage, without using the coercive levers of the state to force people to say what they cannot, in good conscience, say.

Enter SQ788 in my home state of Oklahoma. In Oklahoma, citizens may initiate statewide legislation via ballot measures in the form of either initiated state statutes or initiated constitutional amendments. In order to undo the state’s compulsion against citizens’ deepest-held convictions about how to best treat their own medical conditions (along with their children’s), the people have attempted to counteract the coercive levers of the state by creating an initiative, starting a petition, gathering signatures, and getting the state question on the ballot. This has been a long difficult process but it enjoys the support a large majority (about 62%) of Oklahomans. There will be a vote on the question on June 26th.

After the Masterpiece decision, it didn’t take long for Moore to reverse himself on state coercion. Anyone who follows the work of Dr. Moore knows that like most conservatives, he has no qualms with using the coercive levers of the state when it suits his political interests. Weighing in on SQ788, Moore stated:

Every state should seek to protect its people from the trafficking of addictive, mind-altering drugs. Legalizing drugs leaves neighborhoods and schools vulnerable for exploitation. My hope is that Oklahoma will vote down marijuana legalization and continue to put legal barriers between addiction and the communities it devastates.

There’s a lot to respond to in this brief statement. You would think someone who is opposed to the state compelling people to act against deeply-held convictions and using the coercive levers of the state to force people to violate their conscience would have either punted on this issue or supported the people’s effort to throw off state compulsion. However, it’s really not about state compulsion for such leaders; it’s about lobbying the state and building majorities so the state can compel people in the ‘right’ way according to their beliefs.

U.S. Senator and Baptist minister James Lankford claims the medical marijuana measure would be “harmful to the social fabric of Oklahoma.” Quoted in reporting by Tulsa World, Lankford adds:

Lankford, in the press release, predicted that Oklahomans will be “more drug addicted and distracted” if SQ 788 passes. “No one will convince me that our families will be better if only more parents and grandparents smoke more marijuana,” he said.

“The rising popularity of marijuana in America is a major concern. While we understand and agree with the desire to find ways to alleviate suffering through medicine, medical marijuana is an unproven and unwise method, especially the way this state question proposes it be used and distributed.”

Notice that my fellow pastors and theologians make no biblical or theological arguments. At least Pastor Dilbeck acknowledges the “desire to find ways to alleviate suffering through medicine.” On the whole, the comments of these three Baptist leaders consist of fear-mongering and unsubstantiated assertions, are contrary to individual liberty (which Moore had just championed with Masterpiece), and argue against something that doesn’t even appear on this ballot (recreational marijuana).

Let me offer some brief commentary a few of the points raised by these three leaders.

“Every state should seek to protect its people from the trafficking of addictive, mind-altering drugs.”

Trafficking: If passed, Section 421 of Title 63 will state, in part, “Only a licensed medical marijuana retailer may conduct retail sales of marijuana, or marijuana derivatives in the form provided by licensed processors, and these products can only be sold to a medical marijuana license holder or their caregiver. Penalties for fraudulent sales occurring within any 2 year time period will be an initial fine of Five Thousand Dollars ($5,000.00) (first) and revocation of licensing (second).” Is this ‘trafficking?’ Medical marijuana will be on par with any other physician-approved medication. This is a scare tactic; we typically don’t refer to the dispensing of medicine as ‘trafficking.’

Addictive: Yes,but this claim is overblown. From Psychology Today’s “Is Marijuana Addictive?”:
– Based on his [Dr. Leslie L. Iverson, a professor of pharmacology at the University of Cambridge in England] review of the scientific literature, between 10 to 30% of regular users will develop dependency. Only about 9% will have a serious addiction.
– The large majority of people who try marijuana do it experimentally and never become addicted. Unlike other substances, pot has very few severe withdrawal symptoms and most people can quit rather easily.
– Is marijuana addictive? For most people, no. About 10% of recreational users will develop problems severe enough to impair their work and relationships. Many more will come to depend on pot for relaxation and social purposes. This will be problematic if they don’t learn more effective coping mechanisms and come to rely on marijuana instead of solving their problems.

There’s a reason why we don’t typically speak of ‘pot addicts’ or ‘weed addicts.’ But again, this aspect of the discussion is more pertinent to recreational marijuana. Addiction is always a factor to consider when taking pain-relieving medicine, and marijuana is probably the least-addictive option compared to many Baptist-approved alternatives.

Mind-Altering Drugs: I’m not a medical doctor, scientist, or psychologist, but I’d like to point out that coffee is also a mind-altering drug. Caffeine stimulates the cerebral cortex and medulla. It can raise the basal metabolic rate. It stimulates the heart muscle. It relaxes the muscles of the respiratory system and digestive tract. But coffee is a useful and enjoyable mind-altering drug, so Baptist leaders don’t call upon the state to protect people from this particular drug. I wonder if proponents of marijuana use, both medical and recreational, have similar claims to its usefulness and enjoyment.

Actually, the criminalization of drugs is what has left our neighborhoods and schools vulnerable for exploitation. Just as Moore wants our illegal immigrant neighbors to be “brought out of the shadows of civic life,” the decriminalization of drugs would take the trade out of the shadows of violent, criminal cartels, thus greatly reducing the concern of exploitation. But again, we’re currently speaking of medical marijuana, so this is a discussion for another day.

“My hope is that Oklahoma will vote down marijuana legalization and continue to put legal barriers between addiction and the communities it devastates.”

Putting in legal barriers sounds an awful lot like using the coercive levers of the state to force people to act against their conscience. I thought we were opposed to that? We’ve already touched on addiction above, but as far as communities devastated by medical marijuana use, I’ve yet to see these reports. Perhaps Dr. Moore can show us his evidence?

Lankford adds his concerns to Moore’s on this front. However, wouldn’t concern for damage to families and communities be more relevant to the ‘opioid crisis’ in America? On this issue, legal marijuana states have lower opioid use.

“Medical cannabis laws are associated with significant reductions in opioid prescribing in the Medicare Part D population,” concludes one paper from researchers at the University of Georgia, Athens. “This finding was particularly strong in states that permit dispensaries, and for reductions in hydrocodone and morphine prescriptions.”

Earlier this year, Phillip Bethancourt of the ERLC asked:

“How can evangelicals be holistically pro-life if we don’t engage this opioid crisis? The drug epidemic in America is ravaging local regions in ways that affect babies, families, and communities. A whole-life, pro-life perspective must include concern for this crisis.”

Indeed. “The easier the access to legal marijuana, the lower the rate of opioid prescribing.” Instead of demonizing medical marijuana, perhaps we can enlist it as helpful tool in this holistically pro-life cause.

“While we understand and agree with the desire to find ways to alleviate suffering through medicine, medical marijuana is an unproven and unwise method, especially the way this state question proposes it be used and distributed.”

I would welcome Pastor Dilbeck to provide evidence of his “unproven and unwise” claim. I am thankful the President signed Right to Try legislation into law. If a gravely-ill person wants to use “unproven and unwise” medical alternatives to save their lives or alleviate their pain, what business is that of anyone else? Is this not holistically pro-life? At the Right to Try signing ceremony, President Trump stated:

“Thousands of terminally ill Americans will finally have hope, and the fighting chance, and I think it’s going to be better than a chance, that they will be cured, they will be helped, and be able to be with their families for a long time, or maybe just for a longer time.”

It doesn’t get much more pro-life than that. Medical marijuana can be an important option for these terminally-ill individuals, and can also help many more people than those who are terminally ill. By now many of you have probably seen videos of the effects of cannabis on children who suffer from seizures. Medical cannabis can be an effective treatment for those who suffer from neuropathy, Parkinson’s, Alzheimer’s, MS, Crohn’s, chronic pain, HIV/AIDs, severe epilepsy, and Dravet, Doose, or Lennox-Gastaut syndromes. If you believe trying medical marijuana is unproven and unwise, then don’t use it. I would say giving children and adults Valium and Klonopin (which are legal) is much more unwise. It is not pro-life or pro-liberty to use the coercive levers of the state to prevent others from trying to help their loved ones who suffer from these conditions.

Did you like Legalizing Medical Marijuana is Pro-Life and Pro-Individual Liberty?
You may also like These Posts: