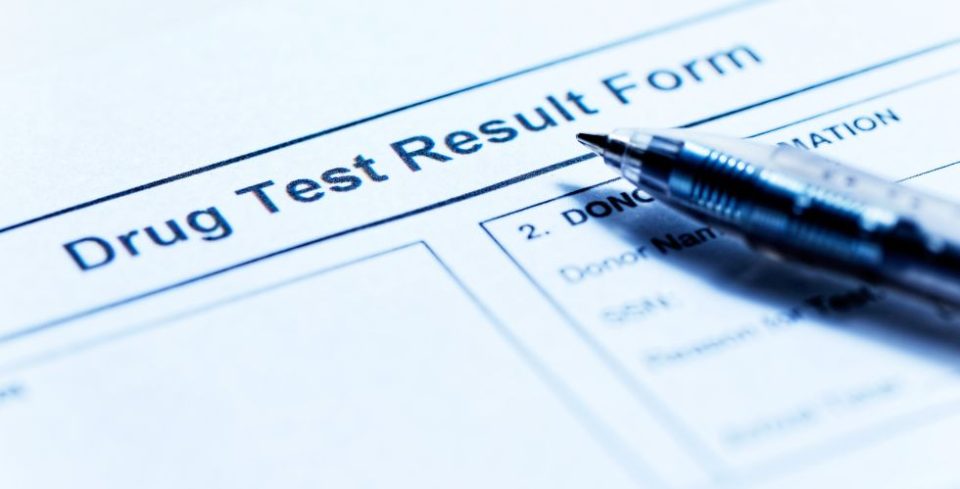 Is testing all potential and current employees for drug use a dumb idea? I think so. But your moral—and in some cases legal—right to have drugs flowing in your veins does not trump the right of employers or other property owners to prohibit drugs on their property even if the drugs are just in someone’s veins.

The libertarian position on the drug war is simple, radical, and consistent. As I said in my lecture on “Christianity, Libertarianism, and the Drug War”:

There should be no laws at any level of government for any reason regarding the buying, selling, growing, processing, transporting, manufacturing, advertising, using, or possessing of any drug for any reason.

It is not the proper role of government to prohibit, regulate, restrict, or otherwise control what a man desires to eat, drink, smoke, inject, absorb, snort, sniff, inhale, swallow, or otherwise ingest into his mouth, nose, veins, or lungs.

The War on Drugs should and could be ended immediately and completely. All drug laws should be repealed, all non-violent drug offenders should be pardoned and released from prison, and all government agencies devoted to fighting the Drug War should be eliminated.

There should be a free market in drugs without any government interference, regulation, taxing, or licensing.

It is individuals, not government bureaucrats, who should decide what risks they are willing to take and what behaviors are in their own best interests.

A person should be free to live his live in any manner he chooses as long as his activities are non-violent, non-disorderly, non-disruptive, non-threatening, and non-coercive.

The heavy hand of government is not the solution to any problems resulting from drug abuse. The solution is to be found in family, friends, acquaintances, co-workers, physicians, psychologists, psychiatrists, social workers, anti-drug organizations, treatment centers, religion, churches, and ministers.

A free society has to include the right of people to take risks, practice bad habits, partake of addictive conduct, engage in self-destructive behavior, live an unhealthy lifestyle, participate in immoral activities, and undertake dangerous actions—including the use and abuse of drugs.

Does this mean that drug testing violates libertarian principles? Not necessarily. It depends on who is doing the drug testing and why they are doing it.

Obviously, if the government shouldn’t have any laws regarding drugs, then government drug tests are illegitimate as well. Now, if you’re going to be the pilot of Air Force One, it is in the country’s best interests that you are not a drug user. But in this case, regular drug testing would simply be part of a health regimen that might include testing for high blood pressure and all kinds of other things. The same thing goes if you’re going to drive a locomotive for Amtrak. (Amtrak, of course, shouldn’t exist, but that is a subject for another article.) But what about drug testing by the private sector?

Due to safety concerns, it seems fitting that workers who operate heavy machinery, fly airplanes, or drive trucks, trains, or taxicabs be tested for drug use—whether drugs are legal or illegal. No one wants people in jobs like these high on drugs, just like no one wants people in jobs like these who suffer from narcolepsy, heart conditions, or alcoholism. The issue before us is whether drug testing violates, as a condition to gain or continue employment in regular occupations, libertarian principles, and especially in states where medical and/or recreational marijuana is legal.

If it is legal to use marijuana in a particular state, then how can a company in that state refuse to hire or continue to employ someone who tests positive for marijuana?

Maine legalized medical marijuana in 1999 and recreational marijuana in 2016. Earlier this year, the Maine Department of Labor removed marijuana from the list of drugs for which an employer may test in its “model” applicant drug-testing policy. Employers cannot refuse to employ or otherwise penalize anyone twenty-one or older based on that person’s use of marijuana outside the employer’s property.

Should an employer be able to require drug testing for its employees even if the particular drug being tested for is legal?

Does drug testing violate a “right to work?”

There is no right to work for any employer or to get any particular job. In fact, in a free society, no one is entitled to a particular job even if he is highly qualified for it because employers would have the absolute right to discriminate against any applicant for any reason and on any basis. It is up to the employer to stipulate what is required to be hired or continue being employed. Drug use is simply one of many factors in addition to tobacco use, alcohol use, attire, facial hair, tattoos, body piercings, head coverings, hairstyle, height, weight, and appearance that employers might have restrictions on.

Is testing all potential and current employees for drug use a dumb idea? I think so. But your moral—and in some cases legal—right to have drugs flowing in your veins does not trump the right of employers or other property owners to prohibit drugs on their property even if the drugs are just in someone’s veins.

The same principle is in effect when it comes to laws concerning the open carry or concealed carry of guns. Your right to carry a gun does not trump the right of employers or other property owners to prohibit guns on their property.

It all comes down to the question of property

It is property owners—residence owners and business owners—who establish the rules, requirements, and restrictions for entry, employment, service, interaction, transactions, and activity, not the government. If the government ended its war on drugs, I suspect that many or even most companies would cease testing potential and current employees for drug use except for safety-critical positions like driving a vehicle or operating a machine. Those that continued to do so would have to deal with a formidable foe: the free market.