New Research: Government is Killing Us 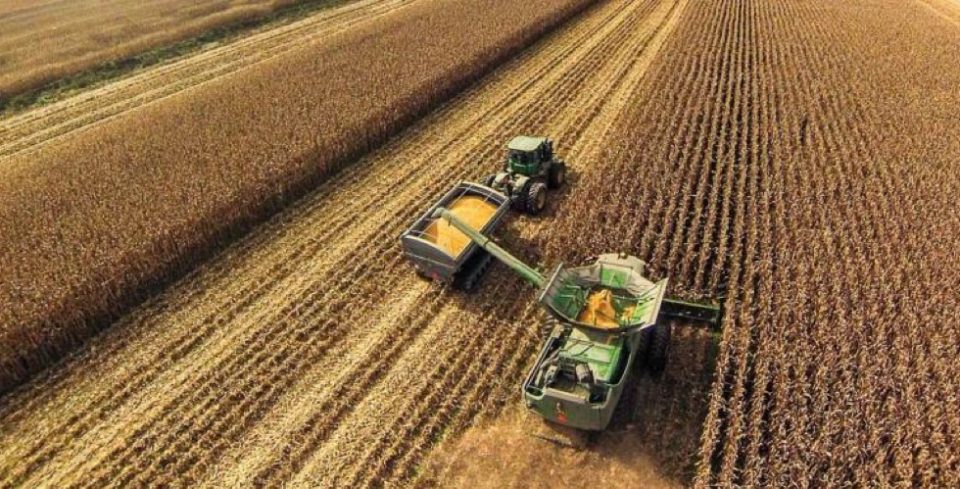 Here in rural Indiana, as in much of the Midwest, it’s difficult to escape the visual reminder of the ubiquity of corn and soybeans in the American diet. Every morning as I commute to school, I drive by miles and miles of farmland growing little else. One thing you won’t see here is hemp, as the bill to legalize its production for industrial purposes was recently shot down at the behest of our governor, citing the need for “more research.” At least, thanks to our state government, CBD was finally “legalized” this year in the wake of Attorney General Curtis Hill’s decision the previous year that it was “illegal” without a prescription; Hill sent the state police to raid the many health food stores that sold it, seize their property, issue fines, and even arrest at least one person for the possession of CBD oil.

As irony would have it, new research done by one of my own professors, Dr. Thomas Clark of Indiana University in South Bend, indicates that cannabis would be an effective treatment against the nationwide obesity epidemic which is caused by our modern western diet. It’s ironic because the staples of this diet (and a major culprit in the epidemic) — corn and soybeans — are ubiquitous because of government agricultural subsidies. In short, government is not only causing this problem which leads to millions of deaths every year; it’s also standing in the way of an effective treatment option.

Contents show
1 The Research
2 The Problem is Agricultural Subsidies
3 How Does Cannabis Tie into All This?

Roughly 36% of the United States population (approximately 120 million people) is now considered obese. Obesity is associated with a host of diseases, including adult onset diabetes, cardiovascular disease, cancer, Alzheimer’s and other neurodegenerative diseases, liver disease, kidney disease, and musculoskeletal disabilities. Previously, Dr. Clark’s research showed that “cannabis use is associated with a substantial reduction in premature deaths” from conditions such as diabetes and cancer, while its prohibition is actually shown to be a cause of premature deaths in the United States.

Clark and his group of researchers may have found the answer. The answer lies in the endocannabinoid system, which is largely responsible for maintaining homeostasis throughout the body. More specifically, when the endocannabinoid signaling molecules AEA and 2-AG bind to CB1 receptors, it causes increased appetite, increased pleasure from food, and decreased metabolic rate. Basically, it leads the body to consume more calories and burn fewer of them, leading to weight gain.

These endocannabinoid signals are, as the “endo-” prefix indicates, created within our own bodies from Omega-6 fatty acids that we get from food. Consumed in a healthy ratio to Omega-3 fatty acids (1:1 to 4:1), the endocannabinoid system functions properly and a healthy body mass is maintained. However, our corn and soy-based diet has shifted this ratio to between 15:1 to 20:1, leading to a dramatic increase in the AEA and 2-AG signaling molecules and an overstimulation of CB1 receptors. Clark argues that this is responsible for the obesity epidemic in the United States.

As many popular articles will tell you, obesity is also a socioeconomic class-related problem. Unlike other parts of the world, where the poor are dying of starvation, America’s poor are suffering from higher rates of obesity than those with higher income. In general, this is attributed to the abundance of cheap, processed foods, and appeals to the government to develop new programs to combat this program are commonplace. Perhaps this is because those who propose more government programs don’t understand that government programs are the cause of the problem in the first place.

The Problem is Agricultural Subsidies

As Jeffrey Tucker has lamented more than once, it seems that everything in this country is made of corn. An inspection of the labels on nearly any processed food in this country reveals the presence of some form of corn and/or soy. The reason for this is because these ingredients are ‘cheap,’ and so the processed foods from which they are made are also ‘cheap.’ But they’re not really cheap, because the prices are controlled through agricultural subsidies funded by taxpayers.

In a comprehensive article recently published by the Cato Institute, Chris Edwards explains that

The federal government spends more than $20 billion a year on subsidies for farm businesses. About 39 percent of the nation’s 2.1 million farms receive direct subsidies, with the lion’s share of the handouts going to the largest producers of corn, soybeans, wheat, cotton, and rice.

Farm subsidies are costly to taxpayers, but they also harm the economy and the environment. Subsidies distort the decisions made by farm businesses. They encourage overproduction, which pushes down prices and creates political demands for more subsidies. Subsidies discourage farmers from innovating, cutting costs, diversifying their land use, and taking other actions needed to prosper in the competitive economy.

Processed foods are cheap because the federal government is giving tax dollars to farmers and encouraging the overproduction of corn and soy. This drives down the prices and encourages their insertion into everything from the replacement of sugar with high-fructose corn syrup (HFCS) to ethanol in our gasoline, as well as the extensive use of soybean (“vegetable”) oil as the primary source of fat. And these corn and soy-based foods, and even our corn and soy-fed meat, are all heavily tilting the Omega-6 to Omega-3 ratio (along with Americans’ bathroom scales).

And that’s not all. According to Jenna Robinson in an article at FEE on “how government makes us fatter,” HFCS was added to previously-unsweetened foods. Consequently, “the average American eats 41.5 pounds of HFCS per year—financed by U.S. corn subsidies….in addition to the 29 pounds of traditional sugar the USDA reports we eat on average.” The importance of sugar in this equation will become clearer in a moment.

How Does Cannabis Tie into All This?

As mentioned above, the excess of Omega-6 fatty acids in the western diet leads to an over-stimulation of the CB1 receptors of the endocannabinoid system, which in turn leads to weight gain. As Clark explains, THC also stimulates the CB1 receptors (which causes the munchies). However, the nature of this stimulation is such that it causes a net down-regulation of CB1 receptors; in response to the presence of THC, the receptors decrease in number, causing cells to become less sensitive. Thus, when cannabis users consume a diet with excess Omega-6 fatty acids, it does not have the effect of over-stimulating the CB1 receptors, which does not lead to overall increased appetite and lowered metabolism (as it does for those who don’t use cannabis).

Other research suggests that dietary sugar has the opposite effect of cannabis: it causes an up-regulation of CB1 receptors, making cells even more sensitive. It’s possible that our high-sugar diet, thanks to the insertion of HFCS into everything, has made us increasingly sensitive to CB1 stimulation by our Omega-6-derived endocannabinoids.  It’s no wonder obesity has been increasing at the rate it has.

It follows that decreasing the stimulation of CB1 receptors would help decrease obesity, and that is what a study using the CB1-antagonist Rimonabant has found. While Rimonabant worked well for increasing metabolic rate and causing weight loss, it also caused severe psychiatric side effects, putting an end to clinical trials.

Cannabis, however, would be a safe treatment for obesity and its associated diseases. Unfortunately, its classification as a Schedule I controlled substance not only keeps it illegal according to the U.S. federal government; it also puts strict limitations on the medical research that can be done. Government is not only causing the problem; it’s preventing us from obtaining the cure (or at least a reasonable treatment option).

If the government weren’t so invested in granting favors to special interest groups like the corn lobby, the pharmaceutical lobby, the alcohol lobby, the police lobby, and the prison-industrial complex, and instead allowed the American people to make their own choices about what to put into their bodies and how much they want to pay for it, we would all be better off.

This glimpse behind the curtain reveals that the source of the problem can be traced back to a cancerous growth we call “government,” which has metastasized into every aspect of human life and stands between us and human flourishing. Christians are committed to human flourishing, and “we communicate that a free society is demonstrably the best way to advance the cause of the gospel and promote human flourishing.”