Republicans Still Don’t Get It on Gun Control 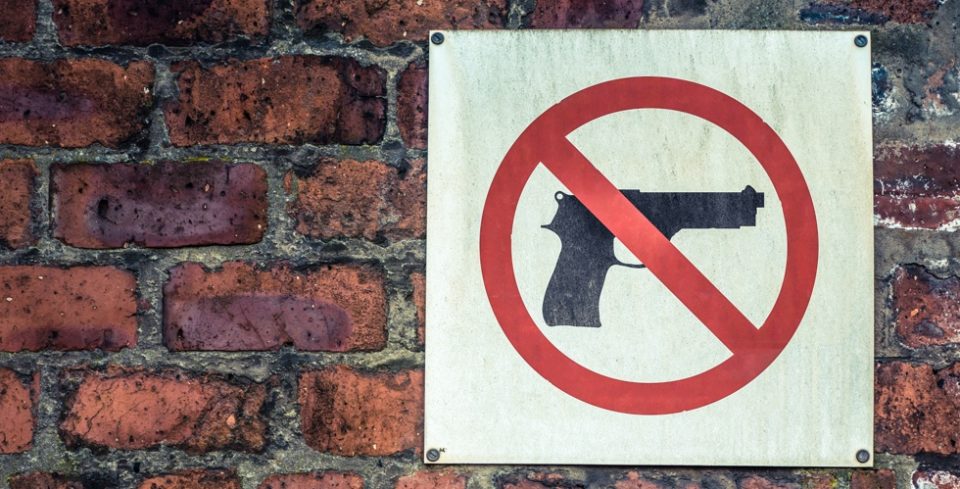 As night follows day, so cries for more gun control follow another deadly shooting. But once again, it is not just Democrats, liberals, progressives howling for more or stricter gun-control laws, it is Republicans and conservatives as well.

Republicans just don’t get it on gun control. I pointed this out five years ago a few months after the horrific shooting at Sandy Hook Elementary School in Newtown, Connecticut.

President Trump pledged to ban bump stocks, with or without Congress:

By the way, bump stocks—we’re writing that out. I’m writing that out myself. I don’t care if Congress does it or not. I’m writing it out myself, okay? You put it into the machine gun category—which is what it is—it becomes, essentially, a machine gun, and nobody is going to be able to—it’s going to very hard to get them. So we’re writing out bump stocks.

He also called for an increase in the minimum age to purchase certain guns, but then backed down from the idea. In a meeting with lawmakers at the White House, the president again called for an age increase, along with stronger background checks and the suggestion that law enforcement authorities should have the power to seize guns from people without first going to court. Said Trump: “I like taking the guns early. Take the guns first, go through due process second.” But then he apparently backed down from that.

Rep. Carlos Curbelo (R-Fla.), who calls himself “a strong supporter of the 2nd Amendment,” and has previously filed legislation banning bump stocks, supports raising the minimum age to buy semi-automatic weapons like the one used in the Florida school shooting.

Florida Governor Rick Scott announced plans to ban bump stock and raise the minimum age for purchasing a firearm in Florida to 21.

Republicans still don’t get it on gun control.

Republicans still don’t recognize that the Constitution nowhere authorizes the federal government to have anything to do with guns or gun control.

The United States was set up as a federal system of government where the states, through the Constitution, granted a limited number of powers to the national government. Most of these powers are listed in the 18 paragraphs found in Section 8 of Article I on the Legislative Branch. The only mention of guns is in paragraph 16 where Congress is given the power to “provide for organizing, arming, and disciplining, the Militia.” The power of Congress to “control” the manufacture, sale, or possession of guns is nowhere to be found.

This means that the federal government has no authority to have a Bureau of Alcohol, Tobacco, Firearms and Explosives (ATF), issue Federal Firearms Licensees (FFL), have a National Instant Criminal Background Check System (NICS), prevent anyone from buying a gun, ban certain types of guns, ammunition, or magazines, regulate gun shows, or have any gun laws whatsoever.

Even if a shooting happened every day at a school, a church, a concert, a nightclub, a theater, and a mall, the federal government would still not have the authority to pass gun-control legislation of any kind.

Every power not delegated to the federal government is reserved to the states—even without the addition of the Tenth Amendment. If there are to be any gun-control laws, they must only exist at the state level. As future president James Madison explained in Federalist No. 45,

The powers delegated by the proposed Constitution to the Federal Government, are few and defined. Those which are to remain in the State Governments are numerous and indefinite. The former will be exercised principally on external objects, as war, peace, negotiation, and foreign commerce; with which last the power of taxation will for the most part be connected. The powers reserved to the several States will extend to all the objects, which, in the ordinary course of affairs, concern the lives, liberties and properties of the people; and the internal order, improvement, and prosperity of the State.

This doesn’t mean that states should pass gun-control laws. It just means that the federal government shouldn’t.

Republicans still don’t understand that the Second Amendment has no exceptions.

Republicans still don’t realize that it is the guns owned by federal, state, and local governments that need to be controlled. God only knows how many foreigners have been killed by guns fired by members of the U.S. military in unjust foreign wars. Since 9/11, more Americans have been killed each year in America by cops than by terrorists. For the third year in a row, cops have shot and killed nearly a thousand Americans. There are now more armed officers working at federal agencies than there are U.S. Marines. As reported by the Boston Globe, between 2006 and 2014, “67 federal bureaus, departments, offices, and services spent at least $1.48 billion on ammunition and materiel one might expect to find in the hands of SWAT teams, Special Forces soldiers—or terrorists.” The IRS now spends more than $1 million annually on firearms, ammunition, and military gear. Americans seems to be horrified by mass killings, except when it is the government that is doing it. Gun-control advocates are focusing on the wrong people.

Republicans still don’t comprehend that guns don’t kill, people do, and that if guns are outlawed, then only outlaws will have guns.

Guns don’t fire themselves. The last time I shot my gun I had to pull the trigger to get it to fire. Those who commit mass murder don’t do so because a particular type of gun, magazine, or ammunition is available, because they don’t have to undergo a background check, or because they only had to endure a short waiting period before purchasing a gun. Those who commit mass murder have a spiritual, ethical, moral, psychological, or physiological problem. Gun-control laws only affect law-abiding Americans. No one who wants to murder people—and face getting killed in the act or getting caught and spending life in prison—cares a whit about violating a gun-control law.

Republicans and “constitutional conservatives” have gone along with decades of federal gun-control legislation that make a mockery of the Second Amendment.

Democrats, liberals, and progressives will never get it. It is time for Republicans and conservatives to get it on gun control.

Did you like Republicans Still Don’t Get It on Gun Control?
You may also like These Posts: