Circumcision and the “War on Self-Pollution” 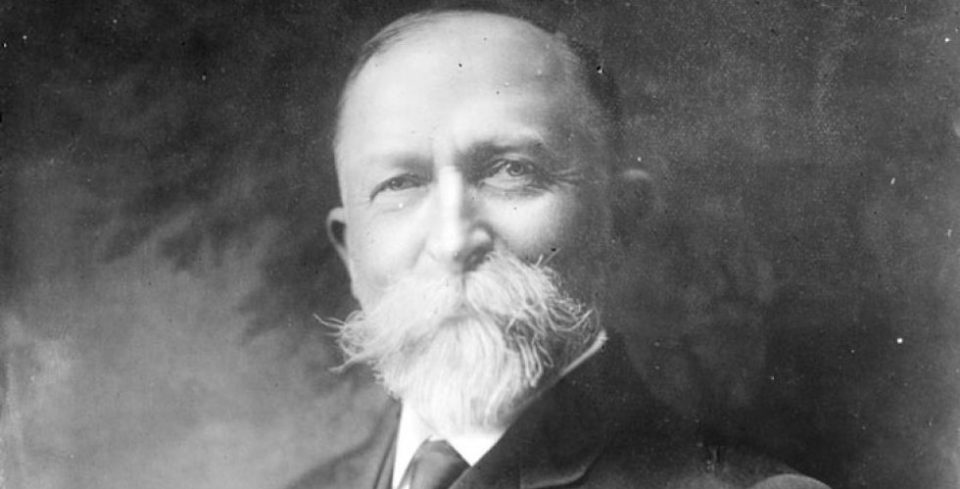 Disclaimer: LCI posts articles representing a broad range of views from authors who identify as both Christian and libertarian. Of course, not everyone will agree with every article, and not every article represents an official position from LCI. Please direct any inquiries regarding the specifics of the article to the author.

In the late 1800s, my great grandmother Allena was one of John Harvey Kellogg’s 42 foster children in Battle Creek, Michigan, until she ran away to California as a teenager. The details are unclear as to why this “incorrigible” girl fled her caregivers, but a little reading about the man offers some clues.

The shift from performing circumcision on adults and older children to infants occurred at the beginning of the 20th century, as doctors were mostly unsuccessful at persuading individuals capable of providing consent to undergo the procedure. As Gollaher notes, “The ultimate popularity of circumcision depended not on convincing normal men to undergo the ordeal of surgery, but on targeting a group of patients who could not object” (p. 100).  By 1920, neonatal circumcision was standard procedure in the United States.

But what about the actual medical benefits of circumcision?

Contents show
1 But what about the actual medical benefits of circumcision?
2 So how does this relate to libertarianism?
3 Parting thoughts

The most commonly-cited medical benefits of circumcision are decreased rates of disease-transmission and hygiene. First, let’s address hygiene. With access to soap and running water, cutting off body parts has become unnecessary.

As far as disease transmission, namely of HPV and HIV, condoms and (HPV) vaccines are more reliable and, again, do not require the surgical removal of a functional body part. If the tendency to become soiled or transmit disease were a normal justification for prophylactic amputation of a functionally-useful body part, it would make as much (if not more) sense to cut off someone’s hands.  Any part of the human body is capable of becoming diseased or damaged, but only in the case of the foreskin is a body part removed just in case. Additionally, such arguments ignore the immunologic and protective functions of the foreskin (although it has several other functions as well): It’s similar to removing someone’s eyelids. Maybe it would prevent a person from getting a stye, but at what cost?

The reason this is important is to highlight the fact that our attitudes toward circumcision are culturally-conditioned, and not as objectively scientific as we’d like to think. As Matthew Tontonoz writes: “To be sure, various health benefits have been proposed over the years, but none that has ever stuck. In the midst of the latest debate about HIV transmission and other risks, it is easy to forget that circumcision has long been, in America, a cultural practice looking for a medical justification.” It’s part of our identity and a way of distinguishing ourselves from others. Tontonoz explains:

This obsession with cleanliness was class inflected. At the turn of the century, as millions of immigrants from southern and Eastern Europe poured into U.S. cities, circumcision became one important way that middle class Americans distinguished themselves from poor, dirty immigrants. In fact, Gollaher suggests that it was this meaning of circumcision as a mark of “civilization” that enshrined it in American popular culture (106-107).

If you doubt this, just consider our own negative cultural attitudes toward uncut males expressed through entertainment, or the concern expressed by parents that being uncircumcised will negatively impact their son’s sex life, or his social life when his peers in the locker room notice that he looks different.

In fact, in 2012 when the American Academy of Pediatrics changed their attitude toward circumcision (favorably), pediatricians from 19 different countries issued a published response which accused the AAP of cultural bias, pointing out that when the same evidence used by the AAP to recommend circumcision was reviewed by physicians elsewhere, these physicians came to the opposite conclusion.

So how does this relate to libertarianism?

In an article titled “Does Female Genital Mutilation Have Health Benefits? The Problem with Medicalizing Morality,” Brian D. Earp excellently argues that we must reframe the question, as simply asking whether a practice has ‘medical benefits’ does not tell us whether or not it is ethical. As he writes, “There is more to ‘good’ and ‘bad’ than healthy versus unhealthy.”

My intention for writing this is the same as Gollaher’s: to “make the familiar strange” so that we can objectively assess cultural practices that we have come to take for granted. Through a Christian and libertarian lens we can deconstruct our cultural norms and see, as Darby elucidates, that circumcision:

…was less about health than power: priests over laymen, parents over children, doctors over parents, the collective over the individual: “Circumcision became a token of the medicalization of childbirth [and] a symbol of the rising authority of the medical profession over the laity,” … (p. 108).

Parents are to exercise stewardship of their children, not ownership, but nothing signifies ownership quite like unilaterally deciding to amputate a part of your child’s body for no legitimate reason. The only legitimate medical reason to perform surgery without the patient’s explicit consent is to save that person’s life. Prevention of an extremely rare future possible ailment that could easily be prevented through less invasive measures is not a legitimate medical reason. Without consent, implied or explicit, such procedures constitute assault.

A comparison between circumcision and the War on Drugs may be helpful, which is why I have referred to the “War on Self-Pollution.” Both the drug war and circumcision are indebted to racism, classism, and fears about sex and how people might choose to exercise their free will. Both are artificially propped up and adorned by a veneer of ‘science.’ Like the War on Drugs, the heritage of circumcision in the United States is one of committing violence against an individual to control his behavior for his own good, for the good of society.

Now, does that mean that we should push to make circumcision illegal?  I believe Earp states it best when he says:

legal prohibition can be a clumsy way of bringing about social change, often causing more harm than good. I worry, for example, that taking young girls out of their homes, invasively examining their genitals in search of “evidence,” and throwing their parents—who no doubt love them—in jail, could be more traumatic than the initial act of cutting.

My own preference is for debate and dialogue, not bans and vilification. But whatever approach one takes, it is time to move beyond the tired (and false) dichotomies of male versus female, religion versus culture, and health benefits versus no health benefits. The focus for critics of genital cutting going forward, I contend, should be on children versus adults—that is, on bodily autonomy and informed consent.

As you may have noticed, I have deliberately avoided discussing the religious aspect of the circumcision debate, as this would require an entire post strictly dedicated to a discussion of hermeneutics.  Should we, for example, reexamine the biblical command that Jews be circumcised through  a similar hermeneutic (a “cruciform hermeneutic”) which Greg Boyd proposes we use to interpret Old Testament depictions of God as wrathful, jealous, and violent?  What might that look like?  (For an excellent overview of Boyd’s thesis, see Nick Gausling’s extended review of Crucifixion of the Warrior God in the current issue of The Christian Libertarian Review.)  Perhaps all we need is to reread Paul in his letter to the Romans, where he explains that the Jewish understanding of circumcision is inadequate, as true circumcision is a spiritual state:

What should be fairly clear, at least, is that for Christians, not only is circumcision unnecessary, but as infant circumcision constitutes an act of violence against another individual who cannot provide consent, its continued practice by Christians in the United States runs contrary to the nonviolent spirit of Christ.  We can understand that it is an act of violence only when we understand its origins within our own culture, how its popularity arose only when the subjects became infants precisely because they could not offer or refuse consent, and how bad medical arguments have been used to justify it.

Editor’s Note: Additional thoughts were added to the “Parting Thoughts” section after publication in order to provide further clarity on the author’s position.