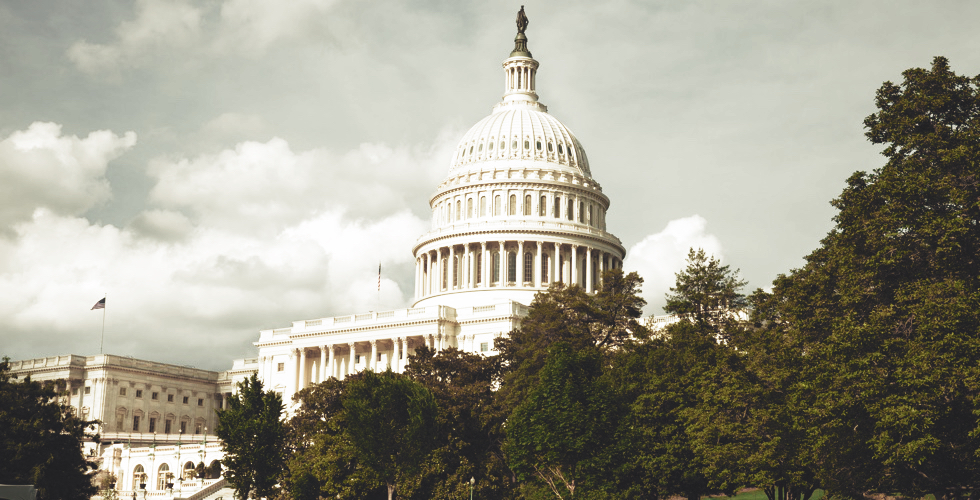 Republicans like to play the pro-life card. It makes their base think they are worthy of votes and financial support. But there is no greater example of Republican hypocrisy than on the issue of abortion.

After Trump won the presidency in the November 2016 election and the Republicans retained their majorities in the House and Senate, one of the first things they did in the new 115th Congress—while Barack Obama was still the president—was to introduce in the House the Pain-Capable Unborn Child Protection Act (H.R.36) to ban abortions after 20 weeks, or at least most of them.

The official summary of the bill is as follows:

This bill amends the federal criminal code to make it a crime for any person to perform or attempt to perform an abortion if the probable post-fertilization age of the fetus is 20 weeks or more.

A violator is subject to criminal penalties—a fine, up to five years in prison, or both.

The bill provides exceptions for an abortion: (1) that is necessary to save the life of the pregnant woman, or (2) when the pregnancy is the result of rape or incest. A physician who performs or attempts to perform an abortion under an exception must comply with specified requirements.

A woman who undergoes a prohibited abortion may not be prosecuted for violating or conspiring to violate the provisions of this bill.

Although the bill was introduced on January 3, it was not voted on until October 30. Naturally, since Republicans control the House, it passed on party lines by a vote of 237-189. Republicans Rodney Frelinghuysen of New Jersey and Charlie Dent of Pennsylvania voted against the measure while Democrats Henry Cuellar of Texas, Dan Lipinski of Illinois, and Collin Peterson of Minnesota voted for it. A similar bill passed the House in 2015 but was blocked by Senate Democrats.

At the time, the White House said it strongly supported the bill and applauded “the House of Representatives for continuing its efforts to secure critical pro-life protections.” Marjorie Dannenfelser, president of the pro-life Susan B. Anthony List, also weighed in: “It’s past time for Congress to pass a nationwide law protecting unborn children from the unspeakable cruelty of late-term abortion.” Predictably, abortion rights groups have condemned the bill: “The agenda behind this bill is clear: to shame women and to ban safe, legal abortion,” said Dana Singiser of Planned Parenthood.

An identical bill (S.2311) was introduced in the Senate on January 16, 2018. On January 29, cloture on the motion to proceed to the measure was not invoked in Senate because it failed to receive at least 60 votes. The vote was a party line 51-46. Republican Senators Lisa Murkowski of Alaska Susan Collins of Maine voted against the bill while Democratic Senators Joe Donnelly of Indiana, Joe Manchin of West Virginia, and Bob Casey of Pennsylvania—all of whom are facing tough reelection bids in November—voted for it.

While the bill was being considered, President Trump, speaking at the March for Life, urged the Senate to pass the bill, and declared that he was with the pro-life movement “all the way.” Lindsey Graham (R-S.C.), the sponsor of the bill, explained: “We’re trying to proceed to make sure that America will be a better place, that we become part of the mainstream of the world when it comes to protecting unborn children in the fifth month of pregnancy.” But Senator Patty Murray (D-Wash.) maintained that the bill was “against the Constitution, against medical experts, and against the rights of women across the country.”

Even though Republicans overwhelming supported the Pain-Capable Unborn Child Protection Act, they are hypocrites when it comes to abortion, and for two reasons: Planned Parenthood and war.

Planned Parenthood has 56 independent local affiliates that operate more than 600 centers across the country. The organization provides sexual and reproductive health care, education, and information to millions of Americans. But it is also the nation’s largest abortion provider, performing more than 320,000 abortions a year — more than 30 percent of the nation’s annual total. According to Planned Parenthood’s 2015-2016 annual report, 41 percent ($555 million) of the organization’s revenue comes from government reimbursements and grants.

Republicans controlled the Senate for six years under President Ronald Reagan. Why was Planned Parenthood funded?

Republicans controlled both Houses of Congress for six years under President Bill Clinton. Why was Planned Parenthood funded?

Republicans controlled both Houses of Congress for over four years under President Bush. Why was Planned Parenthood funded?

Republicans have controlled both Houses of Congress for over a year under President Trump. Why is Planned Parenthood still being funded?

War is the greatest destroyer of human life. Another problem with Republican pro-lifers is that they often support mass murder—as long as it is being done by soldiers in uniform to foreigners instead of doctors in white coats to babies. How many Vietnamese, Iraqis, Afghans, and other people who look darker or different have been killed by American bombs and bullets in unjust wars instigated by the United States? How many orphans did the U.S. military make in Vietnam? How many children died in Iraq thanks to brutal U.S. sanctions? How many widows did the U.S. military make in Afghanistan? Republicans may not care about dead foreigners. So how many U.S. soldiers died in vain and for a lie in senseless foreign wars? Pro-lifers should be just as concerned about their government sanctioning the killing of foreigners on the battlefield in an unjust war as they are about their government sanctioning the killing of babies in the womb in an abortion. It is hypocrisy in the highest degree to talk about the sanctity of life and the evils of abortion and then turn around and show contempt for, or indifference to, the lives of people already out of the womb.

But the hypocrisy of Republicans is not the reason why the Pain-Capable Unborn Child Protection Act should neither be passed nor introduced in Congress.

Although I am staunchly pro-life, and have made that unequivocally clear in numerous articles over the years, I must point out that the Constitution nowhere authorizes the federal government to make criminal laws except in very rare cases like treason, piracy, and counterfeiting. It is on the state level that laws against murder, robbery, arson, burglary, rape, larceny, trespassing, assault, and abortion should be passed. The federal government should no more make laws concerning abortion than it should issue parking tickets in downtown Portland, Maine.

I know why Democrats in Congress voted against the Pain-Capable Unborn Child Protection Act. They either favor a woman’s right to choose to kill her baby or they pretend they do so as to get votes and support from their constituents. The Constitution and federalism had nothing to do with it.

I know why Republicans in Congress (even the ten or so “good” ones) voted for the Pain-Capable Unborn Child Protection Act even though it violates the Constitution and federalism. They don’t want to be seen as not being “pro-life,” and they don’t want to lose the votes and support of their constituents.