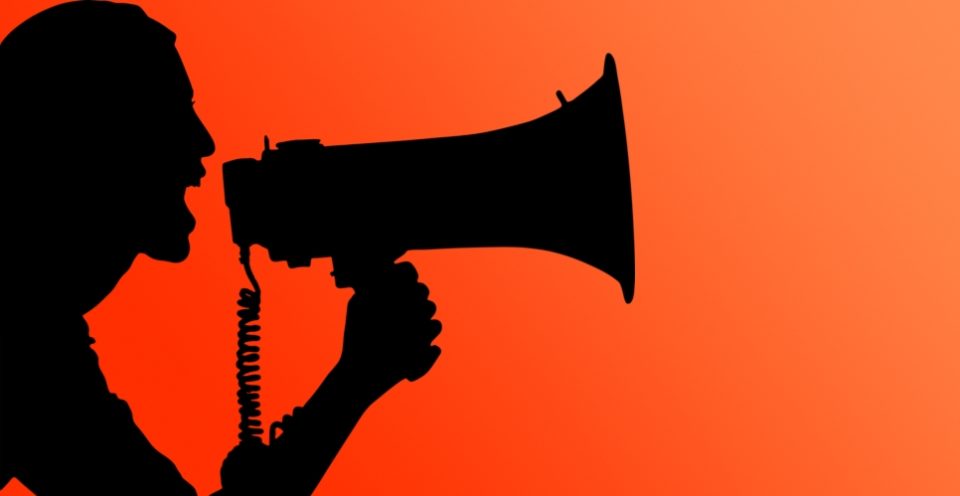 The past few weeks have been an extraordinary time for western culture amongst an already-extraordinary past two years. Most readers will be familiar with the incidents and arguments on free speech revolving around Google, the alt-right, white nationalism, Antifa, and a myriad of other examples. Even the libertarian movement is further fracturing over how to respond. I offer up the following comments as my insights as both a Christian and a libertarian. This should not be taken as the ‘position’ of the Libertarian Christian Institute; rather, these are my own observations. Others may have a different take, which is completely fine; after all, we believe in free speech.

1. The obvious: racism is bad

This should go without saying, and is already widely-recognized by most contemporary westerners. Although his policies were terrible, the fact that Americans elected Barack Obama nearly ten years ago is a testament to the fact that racism is nearly expired in American political consciousness. But to paraphrase the great Thomas Sowell (who is black, although most of you probably already knew that), racism is kept on life support by certain think tanks, elements of the press, hysterical fear mongers, and other collectivists of various types who thrive on pitting people against each other. A divided populace prevents people from focusing on the fact that the state and its crony capitalist allies are plundering all of them.

Both Christianity and libertarianism (including anarcho-capitalism, which necessarily entails the lack of a state) are so obviously anti-racist and anti-Nazism that it defies comprehension how anyone could conclude otherwise. Nevertheless, I can still see why certain individuals, both in Christian ministry and the liberty movement, feel the need to state the obvious fact that racism — including white nationalism — is antithetical to both Christian theology and libertarian political philosophy. In fact, I’ve essentially done that very same thing already in this article. And even though I see it as a largely-redundant gesture if that person is already expressing Christianity and/or libertarianism correctly, I’ll pass no judgment on anyone who has made a statement to that effect. But for some of these people, they’ve aren’t content to just say their peace; they have instead suggested that anyone who doesn’t feel the need to restate the obvious must somehow be a secret racist or Nazi. This is not only slanderous; it’s also a Marxist tactic, and neither Christians nor libertarians should adopt the disingenuous and divisive tactics of Marxists.

Recently I was on a walk, minding my own business, when a fellow I’d never met before approached me and said, “Death to all white people.” This person had no idea about who I am, other than the fact that I’m a white male. He certainly had no idea that my ancestry includes both Africans and Native Americans.

One of my good friends, a libertarian who is in leadership with a well-known political advocacy group, is half-Hispanic (but looks full Hispanic). He told me that growing up poor, his all-white half-siblings usually had a harder time than he did because the welfare system, Affirmative Action, and other such programs were slanted in his favor, but against them.

The point is that racism can go in any direction or be directed against any person, including white men. Sadly, race baiting is still seen as an acceptable tactic by many collectivists, and it must be rebuked across the board.

3. The concept of collective socio-economic racial, gender, or class guilt is a progressive fraud

The prevailing attitude in certain segments of the left is that white men are all oppressors of everyone else, should feel some kind of collective guilt, and somehow repent of their ‘privilege.’ This is ludicrous both theologically and historically/economically. Yes, on the whole, obviously white men have had the most social and economic advantages throughout western history. Everybody knows this. But that doesn’t mean that we all are engaged in some metaphysical, systemic, multi-generational conspiracy to oppress everyone else throughout the history of western civilization.

No white male in all of history has ever chosen to be born a white male; it’s a decision of God and to apologize for it is foolish, shameful, and sinful. If you’re a white male living in the western world, you’ve likely had many advantages, but rather than feel bad about it, the correct response is to thank God for those advantages and try to use them to serve the Kingdom, love your neighbor, and edify others.

Systemic injustice is a real thing, and it often has an underlying foundation in spiritual warfare (see Walter Wink’s excellent Powers trilogy), but at the end of the day it is still individuals who make righteous or sinful choices. There is no such thing as a collective sin of white men, or black women, or Asian senior citizens, or Hispanic Millennials, or any other such ‘group’ artificially delineated by biology or geography. There are only individuals sinning (or not sinning), sometimes in coordination with other individuals. Individuals who, by their sin, have contributed to broader systemic injustice should certainly repent of that. We are commanded by God to treat all people as human beings with infinite worth and dignity on account of the fact that they are created in the image of the triune God.

Collectivists want us to believe that we should all be the same. Taken to the extreme, the radical collectivist agenda would have us all as genderless clones, who speak exactly the same language, look the same, dress the same, do the same things, think the same way, and have no sense of creativity or individuality. Essentially, collectivism is the destruction of culture and humanity itself.

In contrast, God created us to reflect Him. Even within the Trinity, there are three unique persons. Though united in one essence, the Father is not the Son, the Son is not the Spirit, and the Spirit is not the Father. In like manner, Adam is not Eve, Shem is not Ham, Isaac is not Ishmael, Jacob is not Esau, Judah is not Benjamin, Peter is not Paul, and Charles Spurgeon is not Thomas Aquinas.

It doesn’t matter if you’re a Samoan woman, a black man, a white senior, a brunette, an albino, a Korean, a Mexican, a Kenyan, or whatever else. We’re all human — made in God’s image — but we aren’t exactly the same, and that’s a great thing. Each of us is able to reflect something about God to others, and none of us is carrying around the whole picture. We need other (diverse) people to see God more fully. Collectivism is wholly opposed to the very essence of what it means to be human.

5. Communism is just as bad as Nazism, and historically has murdered vastly more people

Donald Trump was taken through the ringer when he blamed “both sides” for the violence in Charlottesville, even though anyone looking objectively at the situation could see that he was obviously correct that “both side” had incited violence. Watching pandering ‘conservative’ politicians throw Trump under the bus for saying this was both laughable and sad.

The Antifa crowd is mostly composed of radical Marxists; they aren’t the types who can be expected to engage in rational debate. Antifa and Neo-Nazis are equally anti-Christian and anti-libertarian, and we shouldn’t court or team up with either one. Thankfully, despite the mass hysterics, both groups are very small compared to the general population. Pray for their repentance, and if you can share the gospel with them, do it, but don’t try to debate them on political philosophy, and don’t legitimatize or pander to them. To paraphrase Plato, “Can you convince a person who is unwilling to listen?” Or alternatively, as Jesus said, “He who has ears to hear, let him hear.” The one who doesn’t have ears to hear, won’t.

As the great Ron Paul has said, the First Amendment isn’t there to protect peoples’ freedom to talk about the weather. Whatever efficacy or value the Bill of Rights has (or doesn’t have) in practice, the point is that it was written in recognition of antecedent, natural rights; in other words, to recognize and protect the rights people already have by virtue of being human, among them the right to free speech. This means the right to say things which are controversial, wrong, foolish, or even hateful, so long as the speech doesn’t incite violence against others.

Some people have a hard time with this, but censorship is a slippery slope, and almost all long-term social change has depended on freedom of speech. If opinions are suppressed by the state or even by private corporate censors, they will often just find another avenue in which to express themselves. The bottom line is that censorship never works at eliminating unpopular beliefs or opinions, and many times just radicalizes them and makes them stronger. The only way to triumph over wrong ideas is to defeat them with good ideas, and in order to do so there must be free speech and open debate.

Much more on all of this can and should be said. And as we navigate these treacherous waters, remember that we’ll need a lot of grace from God to land safely, but we can also know that no scheme of man can ever thwart His purposes.