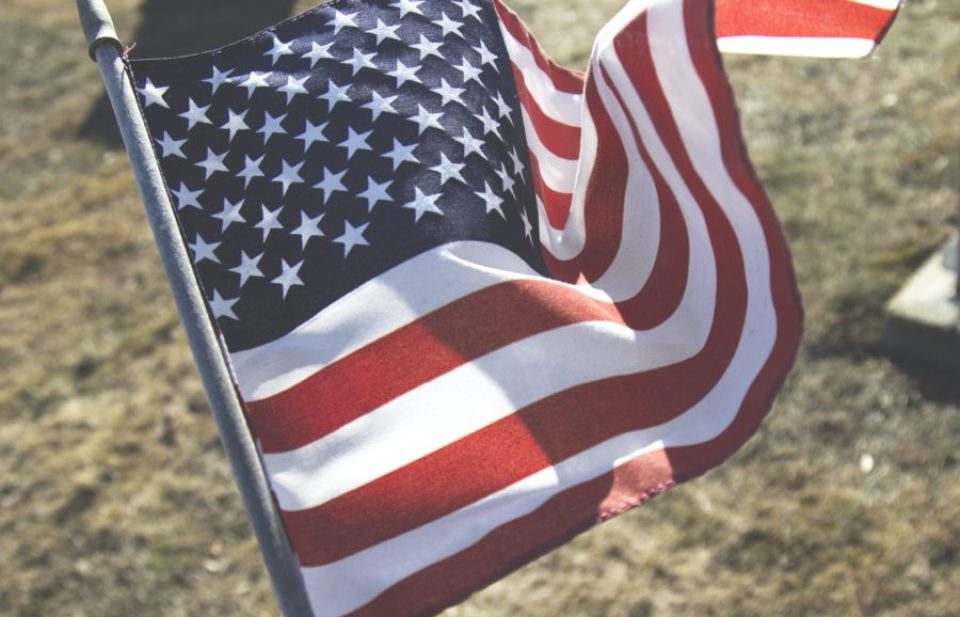 For the past two weeks, the sign in front of a church near my house has advertised a “patriotic service” for Sunday, July 2. Other churches around town undoubtedly held some kind of patriotic service as well even though it wasn’t advertised. This is because patriotic services are now a nationwide phenomenon. Although they are not limited to any specific denomination, conservative evangelicals are the worst when it comes to these things.

There are three times each year when churches are likely to have patriotic services: the Sunday before the national holidays of Memorial Day, the Fourth of July, and Veterans Day. These services are extra special (i.e., more blasphemous) when the Fourth of July or Veterans Day happens to fall on a Sunday.

Why do churches have patriotic services?

Why would a church where God is worshiped, where the word of God is preached, where hymns of praise and thanksgiving are sung, where the Bible is taught, where Christianity is proclaimed, and where Jesus Christ is exalted have a patriotic service?

Patriotic services always include some kind of tribute to the military. The pianist might play the song of each branch of the military during the offering. Current and former members of the military are encouraged to wear their uniforms to church. Their names are sometimes printed in the church bulletin. They will always be recognized during the church service, and sometimes even asked to stand and be applauded. More prayers than usual are offered for “the troops in harms way.” A video tribute to the troops might be shown. Nonsense will be spouted about the troops defending our freedoms and how without them we would not have “the freedom to worship this Sunday.” In churches that go all out for their patriotic services, a military chaplain might “preach,” someone in uniform might be a guest speaker, or a military color guard will march down the main aisle to open the service.

I have personally witnessed most of these things, and all of these things have been relayed to me in blasphemous detail by a great many readers over the years.

There are four basic problems that I see with patriotic services, aside from them being blasphemous, idolatrous, a disgrace to the Lord, a blight on Christianity, an affront to the Saviour, anti-scriptural, an assault on the blessed Trinity, a stumbling block to non-believers, and foreign to the New Testament.

First, patriotic services serve up nationalism under the guise of patriotism. And as Joe Sobran wrote in a classic 2001 article: “While patriotism is a form of affection, nationalism, it has often been said, is grounded in resentment and rivalry; it’s often defined by its enemies and traitors, real or supposed. It is militant by nature, and its typical style is belligerent. Patriotism, by contrast, is peaceful until forced to fight.”

Second, patriotic services invariably confound the country with the government of the country—a government so distended, so corrupt, so immoral, so criminal, so wicked, so grotesque, and so malevolent that it serves as the exemplar of H. L. Mencken’s statement that “every decent man is ashamed of the government he lives under.”

Third, patriotic services inevitably lead to military idolatry. It doesn’t matter where U.S. troops go, how many go, why they go, how long they stay, or what they do when they are there—support for the military among conservative Christians is so pervasive, systemic, and sacrosanct as to be an article of faith. Not only are the troops credited with defending our freedoms, keeping us safe from terrorists, and fighting “over there” so we don’t have to fight “over here,” they are all heroes just because they are American soldiers.

And fourth, patriotic services promote a warped view of American exceptionalism that is militaristic, imperialistic, and meddling. American “values” should be imposed on the world, by force if necessary. America is held up as the land of the free, always right, the greatest country on earth, and God’s chosen nation. (The truth, of course, is that America is only relatively free; often wrong; the greatest country to be in if you are going to have an abortion, make pornographic movies, buy drugs, practice sodomy, have an out-of-wedlock birth, or be sent to prison; and has only a “form of godliness” (2 Timothy 3:5).