Toward a More Augustinian View of Government 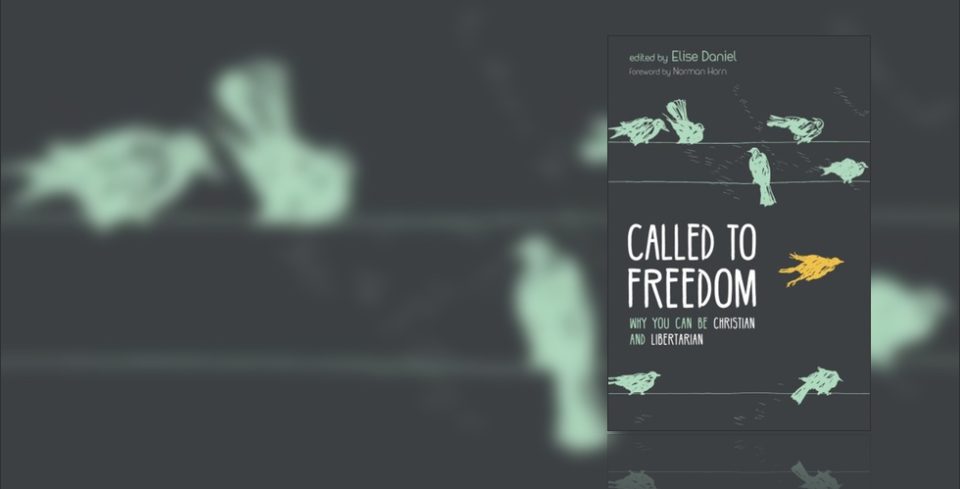 The following is an excerpt from Jason Hughey’s chapter in the new book, Called to Freedom. (edited for format)

For one, libertarianism allows for Christians to, in the context of political discussions, rightfully focus issues on the injustices perpetrated against individuals by state power. In fact, many secular libertarians are far more effective in seeing people as people when political issues are raised than those Christians who choose to side with government authorities in enforcing the law and expanding the scope of its interventions.

For instance, Christians should consider immigration policy in light of the fact that immigrants—both legal and illegal—are human beings created in the image of God. Many immigrants come to America to make a living for themselves and their families. Some of them are Christians. Current immigration restrictions harm these people, giving them no alternative but to enter the country illegally if they want the opportunity to pursue a better life. Yet, many Christians support these restrictions while many libertarians oppose these restrictions.

Libertarianism also pulls the blinders off of Christians who fail to see the reality of sin in the context of political power. On some issues, the church has done a fantastic job of beating the drum of national loyalty and law and order without leaving room for nuance regarding many of the harsh realities of government policies—harsh realities that result from sinful people making and enforcing laws.

As an illustration, thousands of good, innocent people have been killed by American bombings and drone strikes in foreign interventions in the Middle East. Some of these people were Christians. Yet, many American Christians support foreign wars and interventions in the name of fighting the War on Terror, often ignoring the dramatic cost in innocent human life. The libertarian argument against our hawkish foreign policy (though many libertarians support military action in self-defense) emphasizes opening up trade routes and peacefully exchanging goods and services with individuals in other nations. Rather than spreading democracy abroad through violence and military might, libertarians encourage a foreign policy that maximizes and respects the freedom of individuals rather than the might of a particular nation-state.

For decades, libertarians have been decrying the overly harsh response to drugs as manifested in drug war policies. Thousands upon thousands of purely nonviolent drug users have been locked in cages, subject to violent arrests, or even had friends and family harmed by law enforcement officials either for using or being suspected of using drugs. Yet, many Christians support the overly harsh War on Drugs.

Instead of following the arguments of John Calvin or otherwise accepting a modified literalist interpretation of passages like Romans 13, Christians can do better in speaking truth, justice, and mercy in the political arena. A great place to start for developing a robustly Christian perspective of government that is compatible with libertarianism is to go back in the lineage of Christian theology to the early fifth century. St. Augustine’s magnum opus, City of God, should be required reading for any Christian who wants to seriously grapple with their views on the role of government while maintaining a deeply theological joy in the gospel and superiority of Christ.

Central to Augustine’s thesis in City of God was his claim that God had divided humankind into two cities—the city of God, which is the “heavenly city,” and the city of man, which is the “earthly city.” Robert Kraynak defined Augustine’s concept of the heavenly city as, “the spiritual association of all those who love God more than the world.” (Kraynak, Christian Faith and Modern Democracy, 90) Augustine believed that these believers, predestined by God to glory in the life to come, walk through this earth as pilgrims, finding contentment and enjoyment in the present journey while ever looking forward to the marvels at its end. Meanwhile, the unregenerate in the city of man infatuate themselves with the love of self and earthly things, choosing to focus on the good life in the present without adequate care for the things eternal. Augustine wrote that,

The city of man, according to Augustine, was defined by its thirst for power and self-glorification. On this basis, Augustine frequently launched himself into scathing criticisms of both Roman political authority and more generally, the concept of political authority. At one point in the City of God, after proving that the achievement of true justice was an impossible dream in a society of sinful men, Augustine said the following:

Justice being taken away, then, what are kingdoms but great robberies? For what are robberies themselves, but little kingdoms? The band itself is made up of men; it is ruled by the authority of a prince, it is knit together by a pact of the confederacy; the booty is divided by the law agreed on. If, by the admittance of abandoned men this evil increases to such a degree that it holds places, fixes abodes, takes possession of cities, and subdues peoples, it assumes the more plainly the name of a kingdom. (Augustine, City of God, 112)

Here, Augustine identified both of the key characteristics of the state. He realized that the state, like bands of thieves, collects its revenue by compelling individuals to pay tribute (compulsory taxation). He also realized that eventually, the state would govern in a specific region (territorial monopoly). Furthermore, not being content to merely compare kingdoms to robber bands, Augustine, in the same selection, proceeded to illustrate his disgust with the coercive robber function of the state by recounting the story of a pirate. Captured by Alexander the Great, the captain of a pirate ship was brought to the emperor for an audience. After Alexander had asked the pirate what he meant by taking “hostile possession of the sea,” Augustine recorded that the pirate gave an “apt and true reply” saying, “What thou meanest by seizing the whole earth; but because I do it with a petty ship, I am called a robber, whilst thou who dost it with a great fleet art styled emperor.” (Augustine, City of God, 113)

For just as the demons cannot possess any but those whom they have deceived with guile, so also men in princely office, not indeed being just, but like demons, have persuaded the people in the name of religion to receive as true those things which they themselves knew to be false; in this way, as it were, binding them up more firmly in civil society, so that they might in like manner possess them as subjects. But who that was weak and unlearned could escape the deceits of both the princes of the state and the demons? (Augustine, City of God, 140)

Thus, it is hard to imagine a Christian with a lower perspective of human political authority than St. Augustine. One cannot rightfully call him a libertarian, especially in the modern sense of the term, but his criticisms of state power prove consistent with the history of governments and the biblical themes outlined in this chapter. They also are happily at home amid the criticisms of the state launched by libertarians.

However, Augustine did not merely criticize political authority and throw up his hands in despair at their wickedness. Augustine saw the answer to political authority not in violent revolution or aspiration to power as a counterbalance but instead promoted the Christian ideals of charity and grace. Augustine knew that the city of man is not the permanent city of the believer but only a temporary dwelling place. He also knew that evil could not be combatted with evil. In Augustine’s view, Christians should not aspire to power, but pursue first and foremost, the things of God, allowing them to be our source of hope and joy.

But the reward of the saints is far different, who even here endured reproaches for that city of God which is hateful to the lovers of this world. That city is eternal. There none are born, for none die. There is true and fully felicity—not a goddess, but a gift of God. Thence we receive the pledge of faith, whilst on our pilgrimage we sight for its beauty. There rises not the sun on the good and the evil, but the Sun of Righteousness protects the good alone. There no great industry shall be expended to enrich the public treasury by suffering privations at home, for there is the common treasury of truth. (Augustine, City of God, 166)