The Incarnation and Liberty 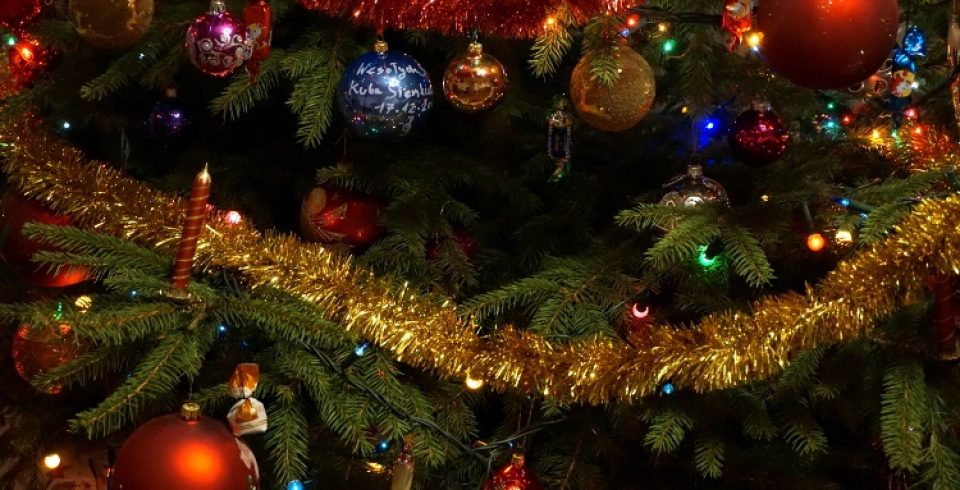 As the end of the year approaches, most people are thinking about the cultural and practical aspects of the Christmas season: vacations, presents, decorations, food and the like. Amongst Christians, at least, hopefully there is a greater degree of thought and emphasis on the incarnation of Christ. Those of us who are libertarian Christians can take this opportunity to discuss what the incarnation teaches us about liberty. Setting aside the fact that there is scant evidence for thinking that Jesus was born in late December, regardless of when he was born, let’s consider why he was born. Why did God come into the world as a man?

NT Wright (and a number of others) have demonstrated that the primary reason Jesus came into the world was to bring the Kingdom of God. In other words, Jesus came to reverse the Fall and to restore God’s reign, over God’s people, within God’s creation. Jesus is the Second Adam (cf. 1 Corinthians 15:45-49) and the eternal Davidic king (cf. Jeremiah 23:5-6, 30:9 ; Isaiah 9:6-7 ; Matthew 21:9), and the main reason for his incarnation was to claim his rightful throne over not only Israel but over all creation, and in so doing to vindicate and glorify the Father. So if the first reason Jesus came into the world was to bring God’s kingdom, that necessarily means that the incarnation utterly invalidates all rival claims to ultimate and final power over the lives and societies of men (namely those of the state: the only human institution which asserts such a power). The incarnation therefore heralds the fact that the true King has arrived, and it isn’t Caesar.

The salvation of sinners has a secondary (though obviously essential) role; God’s reign is restored in, through, and by the salvation and ultimate glorification of the Church. An old street preacher I once knew used to say that Christians aren’t better than anybody else, but we are better off. All of mankind is by nature enslaved to sin (Psalm 51:5 ; Ephesians 2:1-3) and at enmity against the Creator (Romans 1:18-32), but Jesus sets us free from that bondage.

… Grace to you and peace from him who is and who was and who is to come, and from the seven spirits who are before his throne, and from Jesus Christ the faithful witness, the firstborn of the dead, and the ruler of kings on earth. To him who loves us and has freed us from our sins by his blood and made us a kingdom, priests to his God and Father, to him be glory and dominion forever and ever. Amen.
Revelation 1:4-6

Through the cross, Jesus has freed us from the chains of our sin, and has made us into his pure and holy people. The incarnation is thus a rescue mission to free us from our three-fold spiritual enemies: the world, the flesh, and the devil. Christ has overcome the world (John 16:33), he has freed us from sin and enabled us to crucify our sinful ways (Galatians 5:24), and he has conquered the devil who once ruled us as a cruel master. What’s more, by going into death and rising again, Christ is the guarantee that we also will rise from the dead into new life (1 Corinthians 15:20-23); he has freed us from the need to fear death.

Since therefore the children share in flesh and blood, he himself likewise partook of the same things, that through death he might destroy the one who has the power of death, that is, the devil, and deliver all those who through fear of death were subject to lifelong slavery.
Hebrews 2:14-15

But the liberty that Jesus brings isn’t just about the afterlife; it has a profound impact on our lives now. That’s because regardless of ones’ background or origins, no matter how foolish or evil they may be, Jesus has ransomed us from the futile ways of the past. As such, Jesus realigns our hope back to God.

And if you call on him as Father who judges impartially according to each one’s deeds, conduct yourselves with fear throughout the time of your exile, knowing that you were ransomed from the futile ways inherited from your forefathers, not with perishable things such as silver or gold, but with the precious blood of Christ, like that of a lamb without blemish or spot. He was foreknown before the foundation of the world but was made manifest in the last times for the sake of you who through him are believers in God, who raised him from the dead and gave him glory, so that your faith and hope are in God.
1 Peter 1:17-21

Much more could of course be said about the purposes for which Jesus came into the world, yet liberty is undoubtedly at its core.

And he came to Nazareth, where he had been brought up. And as was his custom, he went to the synagogue on the Sabbath day, and he stood up to read. And the scroll of the prophet Isaiah was given to him. He unrolled the scroll and found the place where it was written, “The Spirit of the Lord is upon me, because he has anointed me to proclaim good news to the poor. He has sent me to proclaim liberty to the captives and recovering of sight to the blind, to set at liberty those who are oppressed, to proclaim the year of the Lord’s favor.” And he rolled up the scroll and gave it back to the attendant and sat down. And the eyes of all in the synagogue were fixed on him. And he began to say to them, “Today this Scripture has been fulfilled in your hearing.”
Luke 4:16-21

Yet contrary to the messianic expectations prevalent in Second Temple Judaism, the liberty he was concerned with wasn’t primarily earthly-political; Jesus took it as a given that Caesar was on the throne of Rome, and to the disappointment of many, he made no effort to overthrow that state of affairs (cf. John 18:36-37). And yet instead, he overthrew a far more powerful enemy than Caesar. By setting his people free from sin, Satan, and death, Jesus has disarmed the greatest of tyrants (cf. Colossians 2:13-15). Because of the gospel, both earthly oppressors and oppressed can be enlightened to the fact that they have alike been enslaved to their own evil.

So Jesus said to the Jews who had believed him, “If you abide in my word, you are truly my disciples, and you will know the truth, and the truth will set you free.” They answered him, “We are offspring of Abraham and have never been enslaved to anyone. How is it that you say, ‘You will become free’?” Jesus answered them, “Truly, truly, I say to you, everyone who practices sin is a slave to sin. The slave does not remain in the house forever; the son remains forever. So if the Son sets you free, you will be free indeed.
John 8:31-36

The inauguration of the Kingdom of God thus demands that all lay down their arms against God and one another, repent of the evil they have embraced for their entire lives, and instead cling to the spiritual freedom that is offered through the gospel. When this happens, the root cause of earthly-political tyranny and oppression –- sin –- is annihilated, the state is made obsolete, and people find their freedom by submitting to the One for whom they were made and through whom all things exist (Colossians 1:15-20). So this Christmas season, may we remember that true liberty doesn’t ultimately come from utility, or an ambiguous natural law tradition, or philosophers, or the Founding Fathers, or even from Austrian economics. Genuine, eternal liberty comes from the Author of Life, who has set us free from sin and its power to live free for his glory and for our joy in his eternal fellowship.

You make known to me the path of life; in your presence there is fullness of joy; at your right hand are pleasures forevermore.
Psalm 16:11

For this is the will of God, that by doing good you should put to silence the ignorance of foolish people. Live as people who are free, not using your freedom as a cover-up for evil, but living as servants of God.
1 Peter 2:15-16

*All Scripture quotations taken from the English Standard Version (ESV)