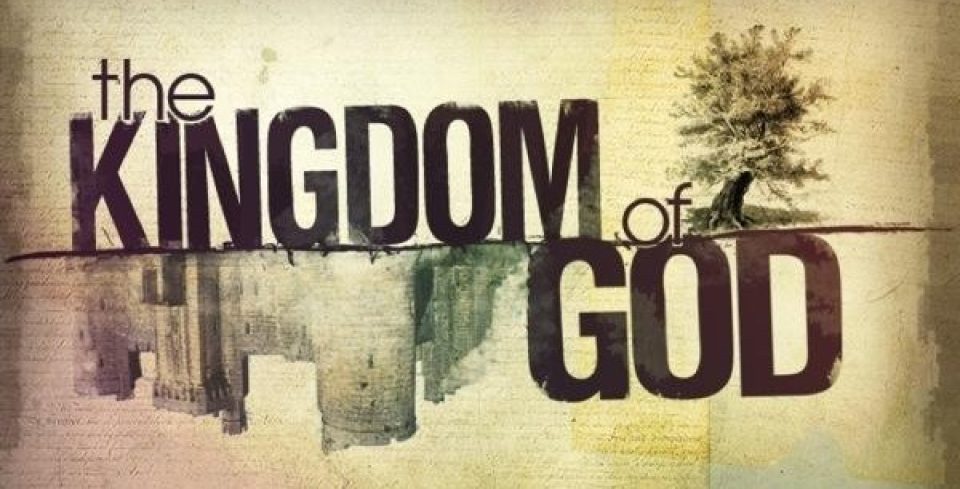 The term ‘Kingdom’ has become a Christian buzzword. This seems suitable; most commentators agree that the Kingdom of God was a major emphasis (if not the primary theme) of Jesus’ public ministry, so it makes sense to hear Christians talk a lot of talk about it. The interesting thing is, everyone seems to have a different definition of what the Kingdom of God actually is! In Kingdom Conspiracy, renowned New Testament scholar Scot McKnight calls us to reanalyze what the Kingdom of God means when the Bible is left to speak for itself.

McKnight has become one of my favorite biblical scholars in recent years. His writings are academically-rigorous yet pastoral, and he has a way of gently taking a wrecking ball through our culturally-shaped presuppositions and making us think about the Scriptures on their own terms. Kingdom Conspiracy is no different, and through a series of exegetical-historical arguments he demonstrates that the way many of us think of the Kingdom of God has a lot more to do with our 21st century mindset than it does what Jesus and the apostles would have actually meant.

“good deeds
done by good people (Christian or not)
in the public sector
for the common good.” (pg. 4)

McKnight says that for the Pleated Pants adherent, the Kingdom consists of “wherever redemption is occurring, and … [redemption] can shift its meaning from the spiritual to the social without so much as notifying us.” (pg. 13) So in this view, going to work, doing activities with your family, cleaning your house, or lobbying Congress could all be considered ‘Kingdom work.’ However, McKnight observes, if Kingdom means virtually everything that Christians do, then really it can’t be said to mean anything.

In contrast to both the Skinny Jeans and Pleated Pants views, McKnight asks us to step back, consider the whole arch of the biblical narrative from Genesis to Revelation, and let the story speak for itself. Most of us (especially evangelicals) are accustomed to understanding the Bible chiefly in terms of our personal salvation, or what McKnight calls the C-F-R-C view of the biblical story:

But if this is all there is to the story, large portions of the Bible don’t actually have much relevance for us. Essentially, Christ could have come into the world immediately after the fall, accomplished redemption, and consummated human history right then. What’s more, this story makes man the focal point of the story rather than God. McKnight proposes that we instead read the biblical narrative as an A-B-A’ story, commonly called a chiasm: an ancient literary technique in which points at the beginning of the story correspond to points at the end.

1. A – From Adam to Samuel, God alone is King and, despite attempted usurpation by sinful man beginning with the fall, God continues to rule over man in covenant. There are human agents at play, but they are merely mediating and relaying the direct rule of God over the world.
2. B – God’s people cast off his rule and demand a human king so that they can be like the rest of the nations (1 Samuel 8). God works through Israel’s sin, and the Davidic line becomes a central point of the story, but the destructive consequences of human rule are evident for the rest of the Old Testament. Hope is held out that one day, the perfect king would sit on the throne of David.
3. A’ – God restores his rightful reign and takes absolute dominion over his world in Christ, the God-man from the line of David. 1 Samuel 8 is reversed, God is King in and through Christ, and he once again directly rules over Israel (expanded to the Gentiles as the Church, both Jew and Gentile).

The focus of the biblical narrative is thus on God as creator, king, and savior; man, while an important part of the story, is secondary to the centrality of God. While the Kingdom of God is not yet fully consummated in its most complete and final form, it is here in our midst, it is growing, and its final victory is assured.

For McKnight, 1 Samuel 8 –- a text glossed over by most Christians today –- is a central turning point in biblical history, and strikes at the fundamental question of sociopolitical power: who has the right (let alone the ability) to rule over men? The answer, according to the biblical narrative, is God alone, and the biblical story is mainly about God glorifying himself through the reversal of sin’s destruction, the salvation of his people, and the reassertion of his reign. God is the star, and Kingdom is about God’s reign, in God’s land, over God’s people, under God’s law. So when Jesus came proclaiming his central message as the Kingdom of God, the consummate point is that what had come was the restoration of God’s rule (in Christ), in God’s land (wherever the Church happens to be, and ultimately over all creation), over God’s people (the Church, consisting of faithful Jews and Gentiles alike), under God’s law (the New Covenant law of Christ).

McKnight takes us through extensive historical-exegetical studies to demonstrate how Second Temple Judaism would have understood the phrase ‘Kingdom of God,’ and how the various biblical authors through the generations understood and used the term ‘kingdom.’ The majority of the book is spent developing and proving the assertion that the Kingdom of God must be understood as:

The Kingdom of God and the Church, thus, are virtual synonyms; one cannot speak of ‘Kingdom work’ unless referring to ‘Church work,’ and nothing outside the Church can rightly be called ‘Kingdom.’ Work in the public sphere for the common good is a virtuous thing in which Christians should take part, but unless it’s done for the edification of the Church and unto the worship of God, it isn’t ‘Kingdom work.’ Furthermore, there is no sense in the New Testament in which the Kingdom of God exists apart from local churches; the local church is the primary community through which God’s people relate to the universal Church, and there is no allowance made for saying one is participating in the universal Church while refusing to participate in a local church.

Rightly defined, Kingdom work must exist to strengthen, edify, equip, disciple and nurture Christians in local community to love and serve one another, to obey Christ, and to worship God. When this is done properly, the benevolence of God’s people will spill over into the world at large and benefit outsiders, but this doesn’t mean the Church exists chiefly to serve outsiders; outsiders are beckoned to embrace the gospel and become insiders. McKnight therefore counters the ‘Skinny Jeans’ understanding of Kingdom as referring to any good deed done for mankind’s general benefit, and he also counters the ‘Pleated Pants’ understanding of thinking of Kingdom just in terms of personal salvation or cultural redemption. The Kingdom of God is a wholesale alternate civilization, which one day will push all competing kingdoms into utter irrelevance. We may think here of C.S. Lewis’ description in The Great Divorce of Hell as an insignificant, virtually-forgotten speck of existence, in which self-absorbed men spiral off into an ever-widening chasm from true life, authentic community, and even from one another.

McKnight spends substantial time critiquing politicization in both the Skinny Jeans and Pleated Pants camps. Whether it’s a Skinny Jeans social justice warrior calling for higher taxes and wealth redistribution by the state, or a Pleated Pants culture warrior calling for enforcing ‘Christian values’ at the point of the sword, McKnight fundamentally dismantles these approaches as contrary to what the Kingdom of God is all about; even peace, he shows, can be politicized rather than springing from a commitment to the Prince of Peace. In short, the Church post-Constantine has repeatedly fallen into the nefarious trap of using the methods of worldly kingdoms (and even directly allying with those kingdoms) to work towards God’s ends: a strategy which, as both biblical theology and the last 1,700 years of Christian history make crystal clear, is doomed to failure. The appendix on “The Constantinian Temptation” alone is worth the price of the book.

At the same time, McKnight leaves us with no illusion that Christianity is a-political; to the contrary, the whole concept of the Kingdom of God is relentlessly political from beginning to end. To proclaim that Jesus is Lord necessarily means that Caesar is not; to say one’s allegiance is to Christ and Church means that no human kingdom can legitimately stake a claim of ultimate allegiance on us. The Kingdom of God does not exist for the purpose of serving unbelievers, for making the world a better place in general, or for improving the common good (though Christians should, must, and naturally will do those things); rather, all things exist ultimately for Christ and his Church, and Kingdom work is done in light of that end.

Kingdom Conspiracy is a book about biblical theology and ecclesiology, not political theory. Additionally, McKnight may not label himself a libertarian, and it’s possible that he may even dispute his position being characterized that way. However, if we take the non-aggression principle as the baseline of what constitutes libertarianism, and that specifically Christian libertarianism is the doctrine that the Church must not seek to bend the world into a Christian mold by using political force, then I would say Kingdom Conspiracy has laid down one of the best theological cases for Christian libertarianism in print today. The material and terminology can be semi-technical at times, and those newer to Christian theology may get lost in the argument; Greg Boyd’s Myth of a Christian Nation, while far from a novice work, probably makes a more-readable choice for those seeking an introduction to why the Church must not ally with the state. However, for well-educated laymen, pastors, or scholars, Kingdom Conspiracy is absolute gold.