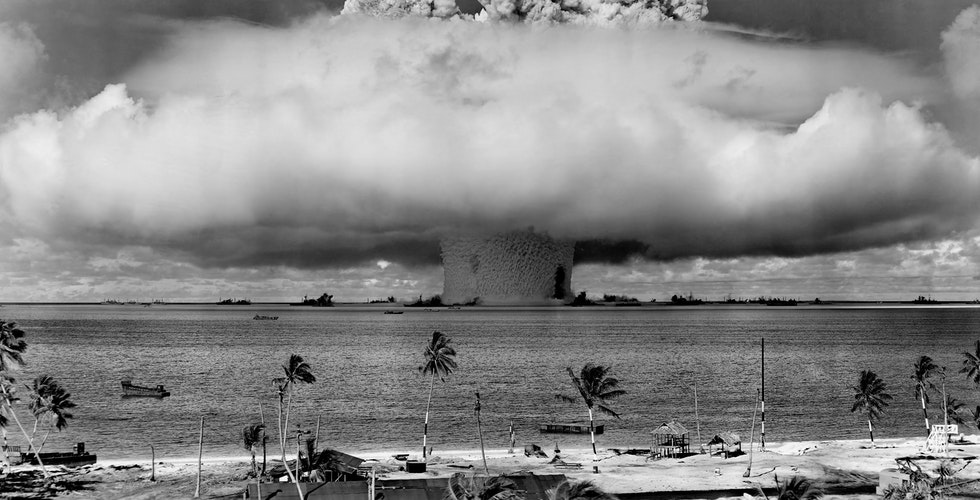 Review of Robert Emmet Meagher, Killing from the Inside Out: Moral Injury and Just War (Cascade Books, 2014), xxi + 161 pgs, paperback.

Meagher is Professor of Humanities at Hampshire College in Amherst, Massachusetts. He has “directed and participated in a range of events and programs concerned with healing the spiritual wounds of war in veterans, their families, and their communities.” He also served as an invited commissioner for the National Truth Commission on Conscience in War. He writes extensively, not only on the physical and mental traumas of war but also on what he calls the “moral injuries” of war.

Killing from the Inside Out is “the work of years—years of reading and years of listening—nearly fifty years, in fact, of research, teaching, activism, and advocacy.” The book’s title comes from what the mother of a veteran of two deployments to Iraq said about what the army and the war did to her son “so that he could imagine nothing better to do with his life than to end it.” Before Noah Pierce put a gun to his head—and before he wrote that his life had been hell since he was part of the 2003 Iraq invasion—he “bore no physical wound, no sign of injury.” His wound explained his mother, “kills you from the inside out.”  It is this kind of wound that Meagher terms a “moral injury.” Noah “thought of himself as a murderer, and a bad person,” said his mother, “because he still had the urge to hurt people, kill people.” She credits the U.S. Army with turning “her son into a killer,” of “training him to kill,” but forgetting to “un-train him.”

Meagher explains that the book project began due to a conversation with a friend, “an ex-Marine captain who served in Iraq and took part in the invasion of Fallujah.” The captain remarked that any serious critique of war “was and is and will be undermined before it starts by the unthinking and all but universal acceptance of just war doctrine.” He wanted the just war theory “to be taken down, discredited, revealed for the lie that it is,” and challenged Meagher to be the one to do it.

And Meagher has certainly done it.

He defines just war theory, not in terms of jus ad bellum and jus in bello, but what it really comes down to: “The claim that wars, or, at least, some wars, and all the killing and destruction they entail, are—in addition to being necessary—good and right, even virtuous and meritorious, pleasing in the sight of God.” Just war theory has never in history limited any entity from going to war. Meagher asks the obvious: “How many states or sovereign authorities, we might ask, have ever declared wars that they have not attempted to justify?” This is because “enemies in war always see the other side as somehow in the wrong and themselves in the right.” The conclusion is inescapable: “Every war is just, from the perspective of those waging it, and every killer is a hero, to the side they are on.” Just war “was never more than a theory, and at its worst it was a lie, a deadly lie. It promised, at least, the possibility of war without sin, war without criminality, war without guilt or shame, the war in which men would risk their lives but not their souls.” Just war theory is so morally bankrupt that, as Meagher points out, since World War I,

the concept of just war has been invoked to drape with legitimacy every major war that the United States has waged and is waging since that time, despite the fact that none of these conflicts would have met the criteria for just war before those criteria became so opportunistically diluted and distorted that they could be used to stamp as legitimate whatever acts a warring nation deems necessary to prevail, such as the firebombing of civilian populations in Europe and Southwest Asia, the dropping of the first nuclear weapons in Japan, the “shock and awe” devastation of Baghdad, and the unleashing of a growing squadron of predator drones for purposes of assassination and terror in countries with whom we are not formally at war.

If these actions can be so twisted as to fit within a just war framework, then I shudder to think of what an unjust war would look like. The “aim of this book is, then,” the author simply states, “to pull up, from its roots, the just war tradition, to reveal its deadly legacy, and to point to a future beyond just war.”

At first glance, Killing from the Inside Out doesn’t seem like such a significant book. At about 180 pages, it is relatively short, and two of the book’s chapters also serve as its introduction and conclusion. Meagher writes as a classical scholar, not as a theologian or historian. He speaks of the entanglement of love and war in the ancient Greek imagination, imperial Rome, the early church, the Church Fathers, Constantine, Erasmus, Hugo Grotius, Franciscus de Victoria, and, of course, the three A’s: Ambrose, Augustine, and Aquinas.

Just war theory was “invented in a theological lab.” Meagher’s sees its origins, “not in the New Testament, nor in early Christian theology and practice, but rather in a practical necessity and political convenience.” The early church was “predominantly though not unanimously pacifist.” With the conversion of Constantine, “Nearly overnight, the case for pacifism was forgotten.” Within a century, military service, “by imperial decree, was the exclusive prerogative of Christians.” Augustine and Ambrose came up with “a new theory of war and killing that would not only permit but endorse killing for ‘God and Country,’ as it were.” They constructed the bridge “from the pacifism of the New Testament to the militarism of post-Constantinian Christianity.” Like modern “Old Testament Christians,” Ambrose “found vision and validation in the Hebrew Scriptures” to bolster his “advocacy of military service and martial virtues.” He bypassed “the gospel of peace broadcast in the New Testament.” By allegorizing Scripture, Augustine was able to maintain that the Christian commandment of love “does not altogether preclude such actions as killing, physically punishing, or even torturing others so as to make the world a safer, more just place, so long as these acts are guided by the right intention and performed in love, rather than in one or other dark personal passion, such as hatred, rage, or revenge.” The result of all this is that “since the time of Constantine, the first Christian emperor, and of Augustine, the first theologian to develop a Christian defense of war, just war doctrine has served to license and legitimize state and ecclesiastical violence and to draw a convenient, if imaginary, line between killing and murder.”

It goes without saying that “the imperial church of the early and High Middle Ages was no pacifist church.” The pacifism of the clergy was a “pugnacious pacifism, calling for the sword without ever wielding it.” The just war teaching of Thomas Aquinas, who “represents the pinnacle of medieval scholastic theology,” was built on Augustine. And on Aquinas was built “virtually every later theory and argument regarding the determination of just war and the legislation of the rules of war.” But Aquinas “placed greater emphasis on sovereign authority and submission to it than did Augustine.” As presented by Aquinas, just war theory “is largely irrelevant to combatants, whose obligation is to do what they are ordered to do and to do it with a pure heart, whatever that means in the heat of battle.” Thus, Meagher relates how “killing—once forbidden under any circumstance—came to be allowed, so long as it was in the service of the state,” and “war—once the lesser of two evils—was for Thomas and the Scholastics the lesser of two goods.” Meagher views the Crusades as “the most notorious instance of holy war in the history of Christianity, as well as the most extreme expression of just war theory gone raving mad.”

In his conclusion, Meagher states that it is time to declare the death of just war theory and write its autopsy. In his brief references here to World War II, the Vietnam War, and the wars in Iraq and Afghanistan, Meagher relates how just war theory has failed to help the United States put the brake on “the horrors of warfare” and “protect innocent civilians.” Just war theory certainly hasn’t prevented the rise of what Meagher terms the American myth: “That we are a nation under God, stamped with his seal of approval, gifted with a unique destiny, and carrying a lifetime guarantee on our wars, that they will be just and successful.”

The word “just” has no place in front of the word “war.” There is nothing just about killing for the state. The purpose of just war theory has always been to legitimize war rather than limit it. Meagher has succeeded in taking down and discrediting just war theory and revealing it for the lie that it is. In Killing from the Inside Out, he has laid bare the just war tradition’s deadly legacy.

I have written a great many articles on the moral evils of war, specific wars, and the military. Most of them are collected in my books War, Christianity, and the State: Essays on the Follies of Christian Militarism and War, Empire, and the Military: Essays on the Follies of War and U.S. Foreign Policy. But if you want to read only one book on the morality of World War I, World War II, the Vietnam War, and just war theory, then don’t read any of my articles or books.