Beer in the New Year 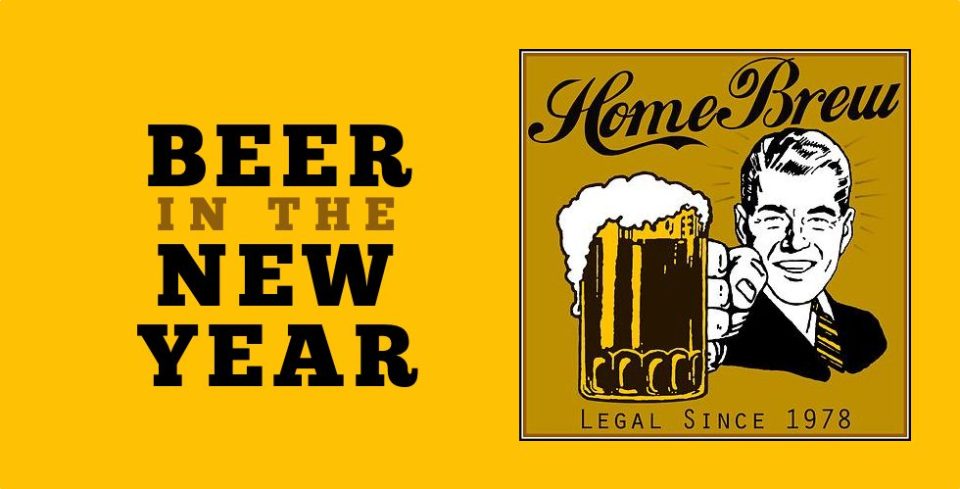 New Years celebrations around the world will be accompanied by alcohol, as it is since celebrating things began. Alcohol consumption can be a contentious issue among Christians, and for varying reasons. I personally grew up in a dry household that attended a conservative church whose pastor still used the King James’ “winebibber” (you have to admit, that’s a fun word to say!) to describe those who drink.

Christians have reasons to abstain from alcohol and reasons to enjoy it. There are good arguments on both sides,1 though most of them can be distilled to issues of Christian reputation or to virtues such as self-control.

Libertarians would agree that the freedom to make your own beer at home is a no-brainer. Yet it was not until the 1970s that home brewing was deregulated, and some states even prohibited it until 2013!

About four years ago I started a new hobby: brewing beer at home. This began as a money-saving DIY effort, but my inner Keynes took over: consumption drove demand. Enjoying the beer meant I had to rethink my “savings”: I was brewing higher quality drinks at lower costs. The savings were no longer in dollars but in quality.2 I had never heard of craft microbreweries until my new hobby. I learned that the quote, “Beer is proof that God loves us and wants us to be happy” (attributed to Benjamin Franklin) is as accurate as it is humorous. I now grow my own hops and have made a few batches of wine from kits, but beer is my drink of choice when it comes to alcohol.

If you’re not into craft brewing, but you are into hanging out in pubs or drinking with friends at parties, here are a few videos about craft brewing made by LearnLiberty.org, guaranteed to make your conversations over beer and about beer turn political. Which, as we all know, is what makes for lively discussion among friends.

Craft Beer 103: Why is Beer So Expensive?

1 I’d be remiss if I didn’t mention Mike Mistrella’s book, Jesus is my Bartender. Mike attended “Christians for Liberty 2014,” and sent me a copy of the book to enjoy.

2 Not all my batches were great, and a few were very poor. Thankfully, only one was undrinkable, and was a small batch. As a point of reference, though, a typical batch is about 5-gallons, which yields about 2 cases. The ingredients to “clone” a recipe from a microbrewery (which often involved guesswork and experimentation) costs usually the amount of a single case made by that brewery. So, half the cost. Even non-clone recipes can be quite delicious.

Read More »
PrevPrevThe Prince of Peace, or the God of War?
NextChristians and Guns: A Libertarian Christian PerspectiveNext