Look out for Christian Jihadists 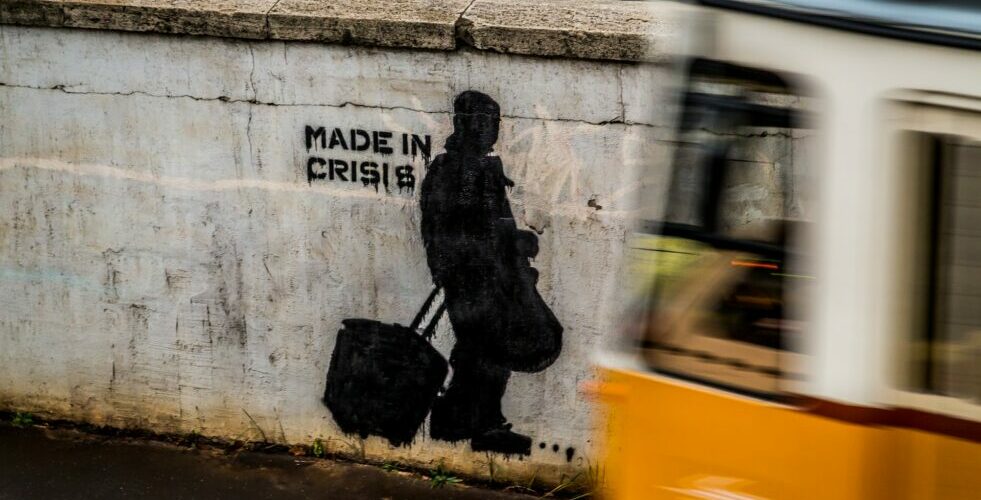 Christian jihadist—now there is an oxymoron for you. This sounds even stranger than constitutional conservative or libertarian Republican. Nevertheless, there are certain Christian military apologists and warmongers whom the term describes perfectly.

There are a number of characteristics of a Christian jihadist.

Christian jihadists see no problem with the Israeli flag being displayed in a church along with the American flag and the Christian flag.

Christian jihadists believe everything that Israeli prime minister Benjamin Netanyahu says about Iran and the Palestinians.

Christian jihadists attend churches where one hears more from the pulpit justifying military intervention in the Middle East than about the need for missionaries to go there.

Christian jihadists consider all Muslims in America to be potential terrorists even while every new mass murderer and school shooter is usually a white man.

Christian jihadists support foreign aid to Israel even if they don’t support it to any other country.

Christian jihadists may like some things about Ron Paul, but think he is completely wrong on U.S. foreign policy.

Christian jihadists liken the “war on terror” to a crusade against Islam.

Christian jihadists confound the people of Israel with the government of Israel.

Christian jihadists liken every leader of Iran to Hitler.

Christian jihadists hardly know the location of any country in the Middle East—except Israel.

Christian jihadists think that everyone held at Guantanamo is a terrorist.

Christian jihadists have no problem with Guantanamo inmates being held indefinitely with neither charge nor trial.

Christian jihadists think Iran is an “existential” threat to the United States.

Christian jihadists appeal exclusively to the Old Testament to justify the actions of the U.S. military and Christians participating in those actions.

Christian jihadists never mention that Iran has signed the Nuclear Non-Proliferation Treaty but Israel is one of only four countries that hasn’t.

Christian jihadists never mention that the country in the Middle East with the most nuclear weapons is Israel.

Christian jihadists think that Muslims hate us for our freedoms.

Christian jihadists believe that torturing Muslim prisoners to obtain information is okay if it provides “valuable information” or “saves the life of one American.”

Christian jihadists think the United States should take perpetual vengeance on Muslims because of the September 11th attacks.

Christian jihadists consider the Israeli Defense Forces (IDF) to be the most humane military in the world.

Christian jihadists are worried about Sharia law when U.S. law controls every area of American life—including how much water toilets are allowed to flush.

I have deliberately not accused Christian jihadists of saying that Islam is a false religion, even though they would certainly plead guilty. This is because every conservative Christian who accepts the authority of the Bible, Christianity as the absolute truth, and Jesus Christ as the Son of God and only savior cannot think otherwise. But there is a tremendous difference between a Christian thinking that Islam is a false religion and holding to the tenets of Christian jihadism. Just as there is a tremendous difference between thinking a religion, an idea, a proposition, or a belief is false and wanting to kill, or hoping that someone else kills, those who hold to false religions, ideas, propositions, or beliefs.

Many conservative Christians have left these groups. I know because I have received hundreds of e-mails over the years from individuals telling me that they have.

The only good thing about the U.S. military becoming a politically correct haven of gays, lesbians, feminized men, manly women, bisexuals, gender neutrals, transvestites, and transsexuals is that conservative Christians are beginning to question their love and support for the military. May more Christian jihadists be in that number.