Do you own your body? 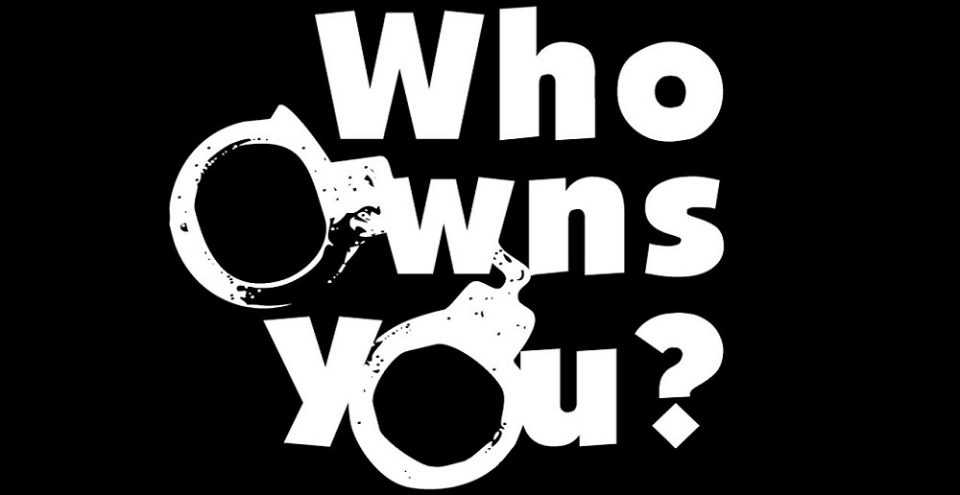 If there is one thing that the smelliest, most down-and-out, most destitute, most forsaken homeless guy who sleeps under a bridge has in common with Donald Trump it is that they both own their own bodies. That may be all the homeless guy owns, but he owns it free and clear and should be able to do what he wants with it.

And so should we—as long as our activities are peaceful, our interactions are consensual, and our associations are voluntary.

So why can’t we do what we want with our own bodies?

If a man owns his own body then surely he can ingest any drug he chooses? He can get high on marijuana. He can smoke crack. He can take PCP. He can snort cocaine. He can shoot up with heroin. He can drop acid. He can swallow an ecstasy pill. He can inject himself with crystal meth. He can eat psychedelic mushrooms.

Not so says the government. We have a war on drugs. We will lock you in a cage where you can be raped, beaten, humiliated, and suffer the loss of your job, your money, and your family.

If a man owns his body then surely he can use it to brew his own beer and distill his own alcohol on his own property? He can invite his friends over to watch football and serve them his concoctions. He can sell some of it to his friends to take home.

Not so says the government. It is a federal crime for an individual to brew more than 100 gallons of beer at home. A household with two or more adults can brew up to 200 gallons. However, none of the homebrewed beer can be sold. Then there are state laws that one must comply with. And don’t even think about distilling any amount of your own alcohol.

If a man owns his own body then surely he can sell part of it? He can sell one of his kidneys while he is still alive to save the life of a dying man who is willing to pay him. He can sell his entire body to a hospital upon his death so that he can provide for his widow and save lives after his own has expired.

Not so says the government. You are forbidden from selling your organs, whether you are alive or dead, even though they are so much a part of you that they are inside your body.

If a man owns his own body then surely he can eat and drink whatever he wants to? He can drink huge sugary soft drinks. He can eat sweets laden with trans fat. He can eat junk food to his heart’s content. He can eat processed food loaded in salt.

Not so says the government. We will issue nutrition guidelines, wage war on fat, demonize certain foods, regulate school lunches, and, on the local level, restrict the size of soft drinks, monitor salt content, and ban trans fat.

Not so says the government. Even though men and women can provide free sexual services as often as they want, to as many willing people as they can find, we will arrest them if they charge for it.

If a man owns his own body then surely he can gamble with some of his money? He can run a blackjack tournament in his neighborhood. He can have his friends over to play poker for money while they all watch the World Series of Poker on television and take a rake for doing so. He can run his own lottery.

Not so says the government. There are a myriad of federal and state laws that restrict, regulate, or prohibit gambling. We have to fine and/or imprison you if you violate one of these laws.

If a man owns his own body then surely he can get any weapon he wants to defend himself against those who would aggress against him and do him bodily harm.

If a man owns his own body then surely he can travel wherever he wants to go that is willing to allow him? While there he can spend any amount of his money that he chooses and bring back any amount of merchandise he chooses.

Not so says the government. If you decide to go to Cuba, even now with some restrictions eliminated, you have to give the State Department a reason why you are going. And we reserve the right to restrict what you can bring with you and bring back.

If a man owns his own body then surely he can work for any wage that is offered to him? He may be unemployed, never graduated from high school, and be unskilled. Any money he can make will help him feed himself, stay off welfare, and learn a skill.

Not so says the government. You cannot work for less than the federal minimum wage. And in some states and cities, there is an even higher minimum wage that you cannot make less than. We will fine any employer who tries to help you become a productive member of society.

If a man owns his own body then surely he can keep the fruit of your labor? If he makes $500 a week then he can put all of it in the bank, stash all of it under his mattress, or spend all of it.

Not so says the government. We are entitled to a cut of the fruits of your labor. And the more successful you are, the more we will take from you. We are in the business of spending money on boondoggles and redistributing money from those who work to those who don’t, filtered, of course, through our large and inefficient bureaucracy.

If a man owns his own body then surely he can take his own life if he wishes? He can buy a quantity of pills to swallow that will render him unconscious and stop his heart in order to end his suffering from pain, disability, disease, depression, or anguish.

Not so says the government. If you try to commit suicide and fail, we will involuntarily commit you to the mental ward of your local hospital. We will limit your ability to purchase drugs by requiring a doctor to write you a prescription.

I can’t help but concluding that, as far as the state is concerned, we don’t really own our own bodies at all. We live, move, and have our being at the behest of the state.