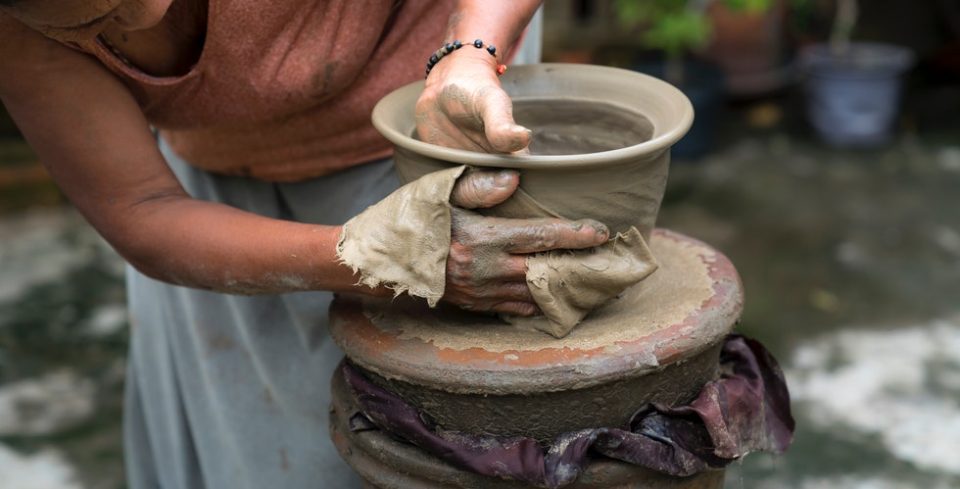 I mean “politics” in the common sense as when someone says, “I hate politics.” “I enjoy watching my political shows on Sunday mornings.” “My grandfather and I always talk politics when we get together.” Politics, generally speaking, is that which deals with government, public policy, and things that affect the community as a whole.

Since most of us are not elected officials, politics is a spectator sport. It’s something we hear about in the news, listen to talk-show hosts discuss, or pay attention to when it’s time to vote for a president every four years. Political engagement is typically a passive affair. We pay attention to the more important issues of the day, form some sort of opinion on the matter, and hope that our side prevails.

Politics is merely an intellectualized task for the vast majority of us. We might take some sort of action now and then such as driving somewhere to vote, placing a yard sign out front or maybe even attending a political rally. For the most part, however, politics is something confined to the domain of ideas. Or at least we think it is.

In Desiring the Kingdom, James K.A. Smith explores how a society’s formative practices (“cultural liturgies”) influence us at a fundamental level:

Liturgies – whether “sacred” or “secular” – shape and constitute our identities by forming our most fundamental desires and our most basic attunement to the world. In short, liturgies make us certain kinds of people, and what defines us is what we love.

What about the formative practice of “following politics?” Although we tend to consider politics to be mostly something we think about, in reality, how we engage with politics affects us at a deeper level.

Without breaking down some of Smith’s more loaded phrases (I highly recommend the book!), I do want to share one helpful section I will use as a jumping off point to discuss the spiritual formation of political engagement.

We will not adequately grasp what’s at stake in given cultural institutions if we just look at what appears in the present or on the surface; we need to “read” these institutions and practices in order to discern the telos [end, goal] at which they’re aimed. It is at this point of teloi that we’ll discern the antithesis between a Christian vision of the kingdom and the visions of human flourishing that are implicit in so many current configurations of cultural institutions. Thus our cultural criticism should not be asking what ideas or beliefs are being bandied about in “culture”; rather, we should be discerning to what ends all sorts of cultural institutions are seeking to direct our love.

A major area of focus in Desiring the Kingdom is Christian education. “What if education was primarily concerned with shaping our hopes and passions – our visions of ‘the good life’ – and not merely about the dissemination of data and information as inputs to our thinking?…If education is primarily formation – and more specifically, the formation of our desires – then that means education is happening all over the place (for good and ill)”…The goal is to get us to appreciate what’s at stake in both [Christian education and Christian worship] – nothing less than the formation of radical disciples who desire the kingdom of God.”

The “world of politics” serves as a secular cultural liturgy, i.e., it shapes our identity; it influences the formation of our fundamental desires and attunement to the world. There is a fundamental difference between the secular visions of human flourishing (the “good life”) expressed through politics and the Christian vision of human flourishing. How we engage with politics is making us into a certain kind of person. It shapes our affections. Are we passively engaging in politics on the world’s terms, failing to look and discern below the surface?

What if “politics” functions as a certain type of education? What if listening to talk radio, watching cable news shows, and reading web articles is “not merely about the dissemination of data and information as inputs to our thinking?” What if political education is not just informing us but forming us?

Let’s apply this idea of politics as formation to a specific area by looking at how politics influences the formation of our identity.

Who are we? The political world operates in the context of “us” and “them.” We can’t let them get a nuke. We need to win so we can appoint the next round of Supreme Court justices. We pulled out of Iraq and now they’re messing everything up. We need to close the gap between the “haves” and the “have-nots.” Who is this “we”?

When we’re talking politics and say “we,” it means we Americans versus another nation, we Republicans versus those Democrats, we conservatives versus those liberals, and so on. Is this perception of our identity acceptable for Christians?

When Christians merely look at what appears on the surface of political discourse, we allow ourselves to be shaped by secular visions of the common good. These secular visions contain ready-made definitions of “us” and “them” and these definitions are antithetical to the vision of the kingdom of God.

How often have you said, “We need to ______,” during a political discussion or while reading a news article? It happens all the time. We love to share our two cents on what it will take to make things right. But when you say “we,” how often have you meant “Christians,” “the Church,” “my church,” or “the kingdom of God?” My guess is, not very often.

Our identity as Christians is found in Christ but unreflective and undisciplined engagement with politics shapes us to think of “us” and “them” according to secular political visions of humanity. “We” are citizens of the kingdom of God and our primary allegiance is to Christ our King. Conceiving of our identity in primarily nationalistic and partisan terms is a result of allowing our affections to be formed by secular political visions.

“We” Go to War, “We” Redistribute Wealth

Here are two examples of how American Christians miss this concept in the context of our political engagement. After the terrorist attacks of 9-11, “we” needed to respond. One of the ways America responded was by invading Iraq. By and large, Christians failed to conceive of “we” as our brothers in sisters in Christ spread throughout the world. Therefore, millions of American Christians were passionately rooting for the American military to be victorious in Iraq. By equating “we” with “America,” Christians failed to consider the plight of fellow brothers and sisters in Christ who were on the receiving end of “our” bullets and bombs. Citizens of the kingdom of Christ in America were praying to God for the military defeat of citizens of the kingdom of Christ in Iraq.

Another example of misplaced identity in politics can be found in efforts to redistribute wealth. “We” need to close the gap between the rich and the poor. “We” need to create more effective ways to help the poor. “We” need better ways to take from those who “have” and give it to those who “have not.” Millions of American Christians think of “we” in terms of the federal government when it comes to helping the poor rather than “me,” “my church,” “the churches in our city,” “the cooperative efforts of my denomination,” or “Christian ministries.” By equating “we” with the government, Christians fail to consider the plight of fellow brothers and sisters in Christ who are having their property confiscated by the government. “We” turn to the State to coerce others into turning over the fruits of their efforts, benefits derived from the pouring out of their life’s blood, under the threat of violence. In the name of “ministering to the least of these,” citizens of the kingdom of Christ in America steal from their neighbors in order to “bless” other neighbors (often while failing to consider whether these bureaucratic solutions are “blessing” anyone at all). By equating “we” with “America,” Christians delegate (avoid) their responsibility to minister to the poor, forcibly coerce their neighbors, and end up doing more harm than good.

It takes purposeful counter-formation to resist the pull of competing secular visions on “our most basic attunement to the world,” as James K.A. Smith put it. This is politics as spiritual formation. Counter-formation in the area of politics could be training ourselves to view politics through the paradigm of the kingdom of God; conceiving of ourselves primarily as citizens of the kingdom of God above any other competing allegiances. This is a version of the spiritual discipline of Personal Reflection: focusing on your inner self in order to grow in love for God, others, and self.

How would we respond to calls for war if “we” included our fellow brothers and sisters in Christ in foreign nations? What would loving our neighbor look like if “we” was the Church taking direct action without coercing others into meeting our obligations?

How we engage politically shapes the inclinations of our hearts. It makes us a certain kind of person. If we engage haphazardly, we’ll find our desires being subtlety formed toward aims hostile to the kingdom of God. Understanding politics as spiritual formation enables us to train the affections of our hearts in ways that work toward, rather than against, our formation as radical disciples of the Christ who desire the kingdom of God.

Jeff Wright, Jr. is the founder of Evangelicals for Liberty. He is a Chaplain in a “city of lost souls” and holds a Master of Theology (ThM) from Dallas Theological Seminary. His other areas of interest include the kingdom of God, American evangelicalism, the ministry of the local church, obstacle course racing, and all things Star Wars. You can also find him @jeffwrightjr.