Victory, Defeat, and Learning About Liberty 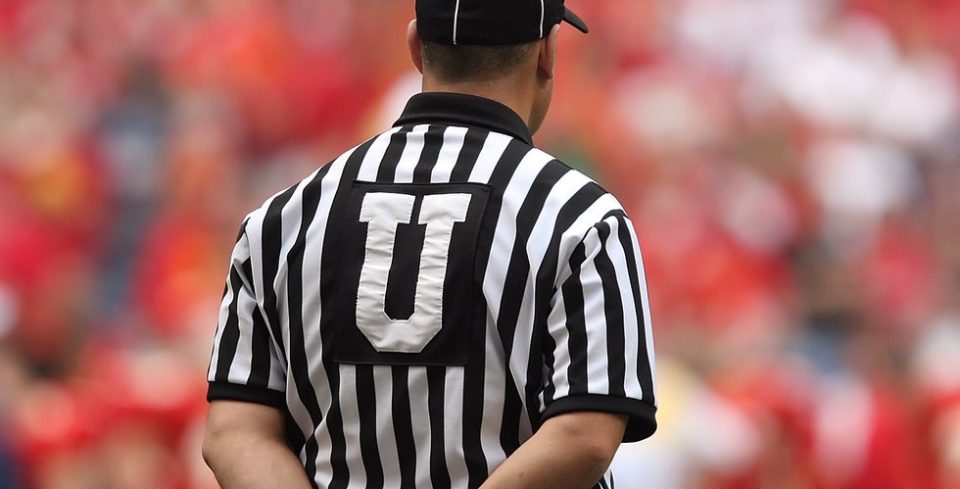 “The real glory is being knocked to your knees and then coming back. That’s real glory. That’s the essence of it.” – Vince Lombardi

Many of life’s lessons can be learned while playing football. My son’s youth football league, for example, enforces rules to manufacture more “competitive” games. When a team is behind by more than four touchdowns it automatically begins all its offensive possessions from its opponent’s 40 yard line. To ease matters, the clock is also run continuously to shorten the game. Finally, if a team wins by more than 43 points, its head coach is suspended for a game.

Supporters might argue that these rules teach sportsmanship. Such sportsmanship, however, is involuntary – it is made compulsory by directive. Knute Rockne, Notre Dame’s legendary head coach, once remarked, “One man practicing sportsmanship is better than a hundred men teaching it.” Players only learn sportsmanship and compassion when they choose to practice leniency against a defeated opponent.

Others might argue that these rules preserve players’ confidence. It is difficult, however, to comprehend how changing the rules bolsters self-assurance. Confidence is the product of success, not mandatory egalitarianism. If a player doesn’t want to lose by 43 points, he simply must play harder. Sometimes great confidence can be gained in defeat, offering one’s best performance in the face of certain failure.

Everything we learn in life doesn’t always come from football. References to victory and defeat appear often in Scripture. God could secure great triumphs for his people without their participation, yet he permits their assistance to enhance their faith. David defeats Goliath (1 Samuel 17: 49), the Israelites capture Canaan (Joshua, chapters 10, 11), and the Jews rebuild the walls of Jerusalem (Nehemiah 6: 15). God also permits total defeat – the Assyrian and Babylonian exiles, and the Israelite defeat at Ai (Joshua 7: 4). God allows both complete success and absolute failure to mature us and to sharpen us – he permits us to choose between faithfully following him and pursuing something else.

Victory and defeat are essential elements of liberty, and we must be careful to allow our children (and our adults!) to experience them. Rather than sportsmanship, youth football players are learning not to finish off a defeated foe – or, if they try, the “system” will prevent them from doing so. They are learning that when one is uncompetitive he can count on being “bailed out.” They learn that one need not adapt nor try harder, simply wait for rescue. The next generation of progressives is being groomed in our homes, classrooms – and on our football fields.

Will the next generation of children move out of their parents’ home or pursue independence? Will they assume that once they are hired they can never be fired – or will they seek excellence? Are they learning respect and fair play or will they tolerate someone else designing their integrity on their behalf? “Libertarian” is more than a political preference or economic strategy. It is an outlook and a way of life that shapes our beliefs and navigates action. We cannot be free until we allow ourselves and others to excel and fail; to experience liberty means to risk failure and strive in hardship – these conditions alone create the joy of success fairly won and fought for.

Many of life’s lessons can be learned by playing football – this might not be as positive a statement as it was once. I hope my son’s team wins (or even loses?) next week by more than 43 points – but I know it won’t be allowed to happen.