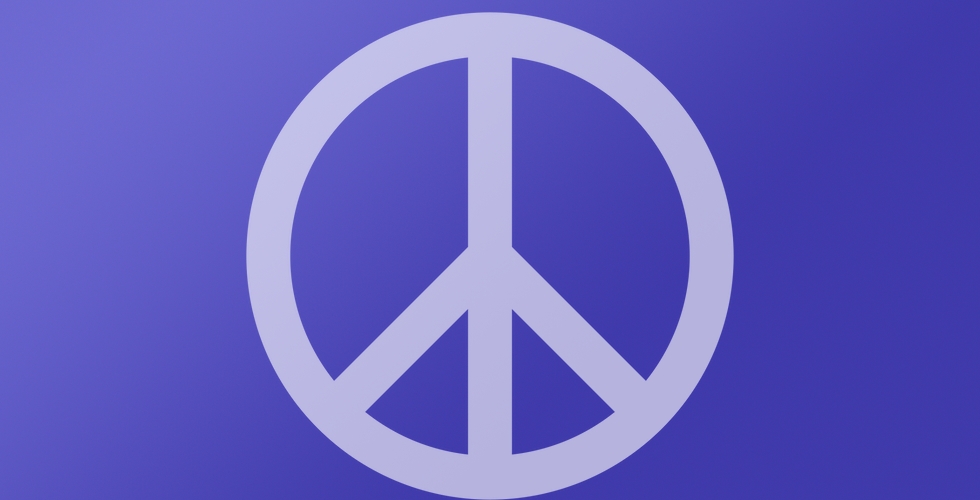 I have been called many things since I began writing in 2003 about the immoral, unjust invasions of Iraq and Afghanistan, the menacing warfare state, the U.S. evil empire of troops and bases that encircles the globe, the depravity of U.S. foreign policy, and the iniquitous institution of the military.

At least I am never called a Republican.

Of all the epithets that have been hurled my way, the least offensive is pacifist. After all, pacifists generally frown on rape, theft, assault, destruction of property, and murder—even when they are committed in a U.S. military uniform on foreign soil.

So, am I a pacifist? That all depends on what you mean by pacifist. If the essence of pacifism is opposition to war and the initiation of violence, then I proudly wear the label. However, if pacifism does not include the right of self-defense; that is, if it precludes using violence in defense of violence committed against one’s person or property, then count me out. Like a lot of things, it all hinges on how you define your terms.

I have stated my view of politics here. If you asked me what my overall philosophy or worldview was, I would not say that I was a pacifist. I would say in reply that I am a conservative Christian libertarian.

Contrary to warmongers who wrongly equate the slightest opposition to war with pacifism, libertarians are not necessarily pacifists. As Walter Block writes in the introduction to his book Defending the Undefendable:

This doesn’t mean that retaliatory violence should be employed, only that its use shouldn’t be condemned. Among the minority of libertarians who would shun the use of retaliatory violence altogether, some would refrain because of some personal motivation. Others, however, would say that it is not only immoral to aggress against the person or property of another but that it is likewise immoral to use violence in defense of violence committed against one’s person or property; that is, they reject even self-defense. These libertarians, I believe, are inconsistent, as Murray Rothbard wrote of Robert LeFevre:

Absolute pacifists who also assert their belief in property rights—such as Mr. Robert LeFevre—are caught in an inescapable inner contradiction: for if a man owns property and yet is denied the right to defend it against attack, then it is clear that a very important aspect of that ownership is being denied to him. To say that someone has the absolute right to a certain property but lacks the right to defend it against attack or invasion is also to say that he does not have total right to that property.

Nevertheless, although LeFevre is inconsistent, “he is far more consistent than socialist-pacifists in his opposition to force, and ranks as a kind of right-wing Tolstoyan.”

Christians are not necessarily pacifists either. This may sound strange to those whose knowledge of Christians is limited to Christian armchair warriors, Christian Coalition moralists, evangelical warvangelicals, Catholic just war theorists, reich-wing Christian nationalists, theocon Values Voters, imperial Christians, Red-State Christian fascists, bloodthirsty Christian conservatives, God and country Christian bumpkins, and other Religious Rightists that have no problem draping the cross of Christ with the American flag. But as I say whenever I speak about Christianity and war:

If there is any group of people that should be opposed to war, torture, militarism, the warfare state, state worship, suppression of civil liberties, an imperial presidency, blind nationalism, government propaganda, and an aggressive foreign policy it is Christians, and especially conservative, evangelical, and fundamentalist Christians who claim to strictly follow the dictates of Scripture and worship the Prince of Peace.

Since aggression, violence, and bloodshed are contrary to the nature of biblical Christianity, it is reasonable to surmise that biblical Christians might be pacifists, depending on how you define the term. Nevertheless, I don’t see “absolute pacifism” prescribed for Christians in the New Testament. Using Block’s statement on libertarianism and pacifism as a model, I would say:

I do see self-defense prescribed for Christians in the New Testament. Three verses in particular come to mind:

Then Simon Peter having a sword drew it, and smote the high priest’s servant, and cut off his right ear. The servant’s name was Malchus.

Then said Jesus unto Peter, Put up thy sword into the sheath: the cup which my Father hath given me, shall I not drink it? (John 18:10-11)

But know this, that if the goodman of the house had known in what watch the thief would come, he would have watched, and would not have suffered his house to be broken up. (Matthew 24:43)

But if any provide not for his own, and specially for those of his own house, he hath denied the faith, and is worse than an infidel. (1 Timothy 5:8)

Jesus told Peter to put his sword back in its sheath; he did not tell him to get rid of it.

In Christ’s illustration concerning the goodman of the house, the man takes defensive action to protect his house.

Whether one is a Christian or not, subscribing to the libertarian non-aggression principle clearly makes one an aggression pacifist. As stated by Block:

Libertarianism is a political philosophy. It [is] concerned solely with the proper use of force. Its core premise is that it should be illegal to threaten or initiate violence against a person or his property without his permission; force is justified only in defense or retaliation.

But consistently adhering to the non-aggression principle also makes one a war pacifist. This doesn’t rule out defending one’s country against a legitimate attack or invasion, but it does rule out the use of nuclear, chemical, and biological weapons because they are inherently immoral. It rules out “good wars.” It rules out U.S. foreign policy for at least the last hundred years. And it also rules out almost everything the U.S. military has ever done.

For this is thank worthy, if a man for conscience toward God endure grief, suffering wrongfully.

For even hereunto were ye called: because Christ also suffered for us, leaving us an example, that ye should follow his steps: (1 Peter 2:19-21)

And who is he that will harm you, if ye be followers of that which is good?

But and if ye suffer for righteousness’ sake, happy are ye: and be not afraid of their terror, neither be troubled;

But sanctify the Lord God in your hearts: and be ready always to give an answer to every man that asketh you a reason of the hope that is in you with meekness and fear:

Having a good conscience; that, whereas they speak evil of you, as of evildoers, they may be ashamed that falsely accuse your good conversation in Christ.

For it is better, if the will of God be so, that ye suffer for well doing, than for evil doing.

For Christ also hath once suffered for sins, the just for the unjust, that he might bring us to God, being put to death in the flesh, but quickened by the Spirit: (1 Peter 3:13-18)

To be persecuted for Christ’s sake is a badge of honor of far more eternal value than receiving the Medal of Honor for fighting in some unnecessary and unjust foreign war.

So yes, in some respects I am a pacifist. It all depends on how you define your terms.

PrevPrevMises Explains the Drug War
NextElizabeth Stoker has called our bluff – LCC is shutting down (NOT!)Next