Romans 13 and Obeying the Government 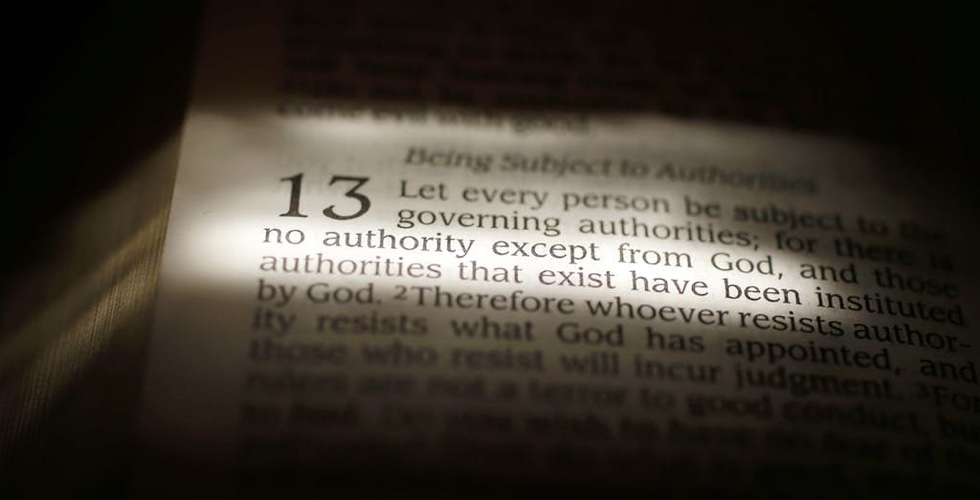 I said last year in my article on “Romans 13 and National Defense” that I had been asked many times over the years to write something on Romans 13, that it was something I had thought about a great deal, and that it was something I knew that I must eventually do. Unfortunately, this is still not that article. However, because of questions about Romans 13 that I recently received and answered, I thought I would expand upon my answer here.

Let every soul be subject unto the higher powers. For there is no power but of God: the powers that be are ordained of God. Whosoever therefore resisteth the power, resisteth the ordinance of God: and they that resist shall receive to themselves damnation. For rulers are not a terror to good works, but to the evil. Wilt thou then not be afraid of the power? do that which is good, and thou shalt have praise of the same: For he is the minister of God to thee for good. But if thou do that which is evil, be afraid; for he beareth not the sword in vain: for he is the minister of God, a revenger to execute wrath upon him that doeth evil. Wherefore ye must needs be subject, not only for wrath, but also for conscience sake. (Romans 13:1-5)

Christian apologists for the state’s military “defending our freedoms” and its wars “over there so we don’t have to fight them over here” incessantly quote their “obey the powers that be” mantra derived from Romans 13 in an attempt to justify their blind nationalism, American exceptionalism, flag waving, God and country rhetoric, warmongering, prayers for the troops, illicit affection for the military, and unholy desire to legitimize killing in war – as well as justify the state’s imperialism, militarism, and unjust wars.

But even worse than Christian warmongers reciting their “obey the powers that be” mantra, is the chant of “Romans 13” after some statement justifying war or the military:

Now, regarding Romans 13, I just want to briefly mention five things to provide a longer and more thought-out answer to that which I recently gave a young man who is now, thank God, out of the military.

First of all, it won’t do any good to explain it away, correct it, revise it, limit it to godly governments, or limit it to the Constitution. This is because there are two other passages that are even more explicit:

Put them in mind to be subject to principalities and powers, to obey magistrates, to be ready to every good work, (Titus 3:1)

Submit yourselves to every ordinance of may for the Lord’s sake: whether it be to the king; as supreme; Or unto governors, as unto them that are sent by him for the punishment of evildoers, and for the praise of them that do well. For so is the will of God, that with well doing ye may put to silence the ignorance of foolish men: (1 Peter 2:13-15)

Second, I continue to be puzzled that some Christians stumble over this. Only a madman would say that obeying the government in Romans 13 is absolute. Even the most diehard Christian apologist for the state, its military, and its wars would never think of saying such a thing. Although the way some Christians repeat the “obey the powers that be” mantra may make one think they would slit their own mothers’ throats if the state told them to do so, they wouldn’t do it no matter how they were threatened by the state. If government agents came to them and said, “Here, put on this uniform, take this gun, and go shoot your neighbor,” they would likewise refuse and suffer the consequences. No Christian is going to make his wife get an abortion because the government says he has too many children. No Christian is going to accept every government pronouncement, support every government program, or blindly follow whatever the president or the government says – even when the Republicans are in control. Any admonition in Scripture to obey the government is tempered by command to “obey God rather than men” (Acts 5:29) and the sixth commandment “Thou shalt not kill” (Exodus 20:13), which is repeated in Romans 13:9.

Fourth, obedience is not really the issue. Obeying the government is not absolute when the government commands something that is contrary to the word of God. The problem with the former-Marine pastor of the former soldier who wrote to me and other Christian warmongers is in what they believe to be contrary to the word of God. It is here that we are at an impasse. When someone defends unjust foreign wars (are there any other kind?), bloated military budgets, torture, drone strikes, bombing campaigns, secret prison camps, indefinite detention, CIA meddling and black ops, almost anything the military does, an empire of troops and bases around the world, and an interventionist U.S. foreign policy in general as not contrary to the word of God as long as it is Americans are doing these things to foreigners and not foreigners to Americans, I say that he is a Christian warmonger who needs to rethink his position. So the issue is not actually obedience, it is what constitutes something contrary to the word of God. The real issue is what extent of disobedience is obedience to God.

Fifth, Christians who recite their “obey the powers that be” mantra and chant “Romans 13” when they want to put a divine stamp of approval on U.S. wars and militarism are falsely leading people to believe that defending US wars and military interventions has something to do with obeying the government. Obeying the government has nothing to do with believing everything the government says, accepting everything the government does, supporting the government’s troops, or defending the government’s wars. The US government hasn’t commanded any American to think or say that the war on terror is a good thing, that the wars in Iraq and Afghanistan are just wars, that US foreign policy should be supported, that prayers should be made for US troops, or that the US Navy is “a global force for good.” And the government certainly hasn’t commanded any individual to go kill and maim on its behalf in Iraq and Afghanistan. There is no draft. No one was forced to join the military. And no one who bothered to study US military history for five minutes would joined before these wars began and not known that there was a chance he would have to kill and maim for the state.

In conclusion, I will just say this.

Originally published at LewRockwell.com on June 13, 2012. 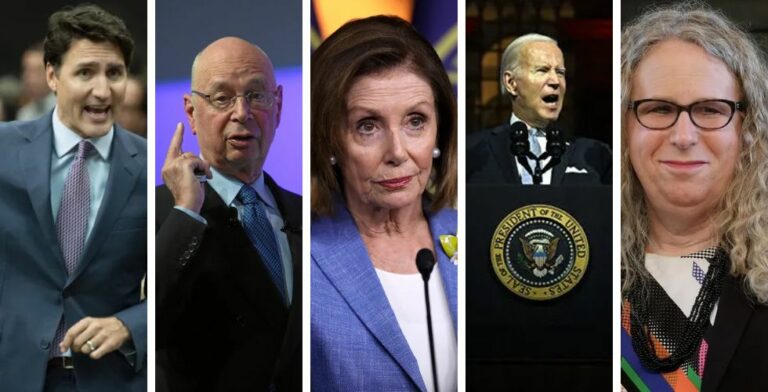 Read More »
PrevPrevWinner Take All
NextWhat denomination do you attend?Next