Is There a Libertarian Position on Same-Sex Marriage? 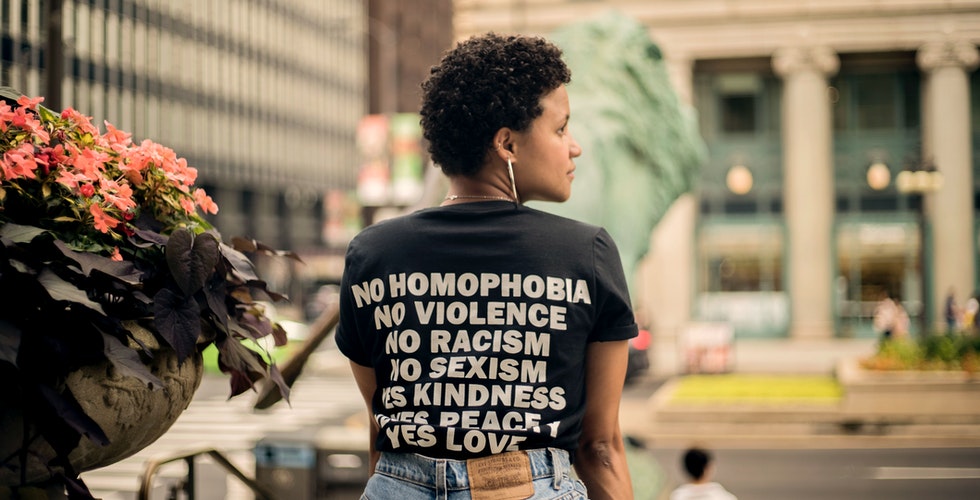 The subjects of abortion and same-sex marriage are not just points of contention between liberals and conservatives and Democrats and Republicans. They are also a source of division among libertarians.

Of all the articles I have written for LewRockwell.com, the response I received regarding my recent article “Should Libertarians Be Conservatives?” is (I am still getting e-mails) probably in the top ten in terms of the volume of e-mails received. (Number one, in terms of volume, hate mail, and vile hate mail, was probably “Thank You for Your Service?“)

I address here the subject of same-sex marriage.

Same-sex marriage is permitted in ten countries (Argentina, Belgium, Canada, Iceland, the Netherlands, Norway, Portugal, Spain, South Africa, & Sweden). It is recognized in Israel, Mexico, and a few other countries.

I think it is inevitable that as the twenty-first century progresses, more countries will permit or recognize same-sex marriages.

I likewise think that as the twenty-first century progresses, more states will permit or recognize same-sex marriages.

Although the first state did not recognize same-sex marriage until 2004, in 1996, after a 1993 Hawaii Supreme Court case raised concerns about the possibility of Hawaii legalizing same-sex marriage, Congress passed (342-67 in the House and 85-14 in the Senate), and President Clinton signed into law on September 21, 1996, the Defense of Marriage Act (DOMA). This inserted the federal government in a fundamental way into the institution of marriage.

Marriage is defined for federal purposes in section 3 of the Act:

In determining the meaning of any Act of Congress, or of any ruling, regulation, or interpretation of the various administrative bureaus and agencies of the United States, the word “marriage” means only a legal union between one man and one woman as husband and wife, and the word “spouse” refers only to a person of the opposite sex who is a husband or a wife.

The Act, in section 2, also permitted states to not recognize same-sex marriages performed in other states:

The Defense of Marriage Act has survived numerous court challenges over the years, and several cases are still pending.

(b) In this section, the term “State” means a State, the District of Columbia, the Commonwealth of Puerto Rico, or any other territory or possession of the United States.

But the Respect for Marriage Act may now be unnecessary, as section 3 of DOMA was just declared unconstitutional on May 31, 2012, when a three-judge panel of the U.S. Court of Appeals for the First Circuit unanimously affirmed the July 8, 2010, ruling of Judge Joseph L. Tauro of the U.S. District Court in Boston. In the cases of Gill v. Office of Personnel Management and Massachusetts v. United States Department of Health and Human Services, Judge Tauro ruled that section 3 of DOMA violated the Fifth and Tenth Amendments. The Appeals Court has stayed its ruling in anticipation of an appeal to the Supreme Court.

It is therefore entirely possible that the Supreme Court could take up the issue of federal recognition of same-sex marriage as early as its next term. And it is even conceivable that the whole of DOMA could be thrown out, paving the way not only for federal recognition of same-sex marriage, but also the requirement that all the states do likewise under the “full faith and credit” clause of Article IV of the Constitution, although the states that have banned same-sex marriage would certainly challenge this in court. The latter judgment would be “worse” than the former, not only because of its erosion of federalism, but because the federal government recognizing same-sex marriage is more fiduciary than philosophical, as it is in the states.

I said in my aforementioned article “Should Libertarians Be Conservatives?” that I agreed with the statement of conservative Jay Richards that “just as government may not redefine our rights as individuals, it has no authority to redefine marriage.” It has been said that everyone is entitled to his own opinion, but not his own facts. This is why I also said, and here reiterate, that “marriage has always been and will forever be the union of a man and a woman” and that “anything else is just cohabitation, fornication, civil union, voluntary contract, or domestic partnership, whether it is called a marriage or not.” Marriage predates the nation-state, the community, society, states and counties, cities and towns, governmental bodies of any kind, and even the church. If words and 6,000 years of human history mean anything, then there can be no denying the fact that marriage means only marriage in the traditional sense.

Even governments at all levels getting out of the marriage business – like they should – still wouldn’t make a same-sex marriage a marriage.

Now, regarding libertarianism – the philosophy that says that violence is proper only in the defense of person or property and that people have the fundamental right to do anything that’s peaceful without interference from government or society.

Sexual orientation, preference, gender, or gender identity should have no impact on the government’s treatment of individuals, such as in current marriage, child custody, adoption, immigration or military service laws. Government does not have the authority to define, license or restrict personal relationships. Consenting adults should be free to choose their own sexual practices and personal relationships.

The current Libertarian Party presidential nominee, Gary Johnson, is a strong supporter of same-sex marriage. In a recent interview with Robert Wenzel, Johnson said he would be the only candidate (aside from Romney and Obama) committed to marriage equality as a constitutionally guaranteed right.

But what really prompted me to delve into this subject is an e-mail I received from a libertarian who was not happy with what I said about abortion and marriage in my article “Should Libertarians Be Conservatives?”:

I say it’s the not the government’s job to say who gets married – it’s their job to passively record it when it happens, just like these other things. And I’m not just talking about gay marriage – if a Mormon or Moslem man wants to marry three gals, that’s their business. If thirteen Wiccan lesbians living in a commune all want to marry each other, the only thing the clerk should say is “sign here, sign here, initial here….Next!” That’s the real libertarian position on marriage; although if the government just got out of the marriage business altogether as you advocate, it would also, I suppose, be acceptable.

But is that the libertarian position on same-sex marriage?

I believe that libertarians are unnecessarily divided over the issue of same-sex marriage. Based on what I said above about marriage, it is my contention that there is no more a libertarian position on same-sex marriage than there is on chocolate, toothpaste, or whether the sky is blue.

And if the federal government should recognize same-sex marriages, domestic partnerships, civil unions, consensual contracts, or voluntary agreements of homosexual couples for tax, Social Security, and other purposes, then it should likewise recognize similar legal arrangements of heterosexual couples, whether male/male, female/female, or male/female.

If a libertarian wants to redefine marriage – or call black white, up down, or right left – then he is perfectly free to do so, but he shouldn’t term his personal preference or individual decision a libertarian position.

One’s opinion of same-sex relationships – whether wonderful, wholesome, unnatural, or disgusting – has nothing to do with the issue.

Originally published on LewRockwell.com on June 8, 2012.

Did you like Is There a Libertarian Position on Same-Sex Marriage??
You may also like These Posts: