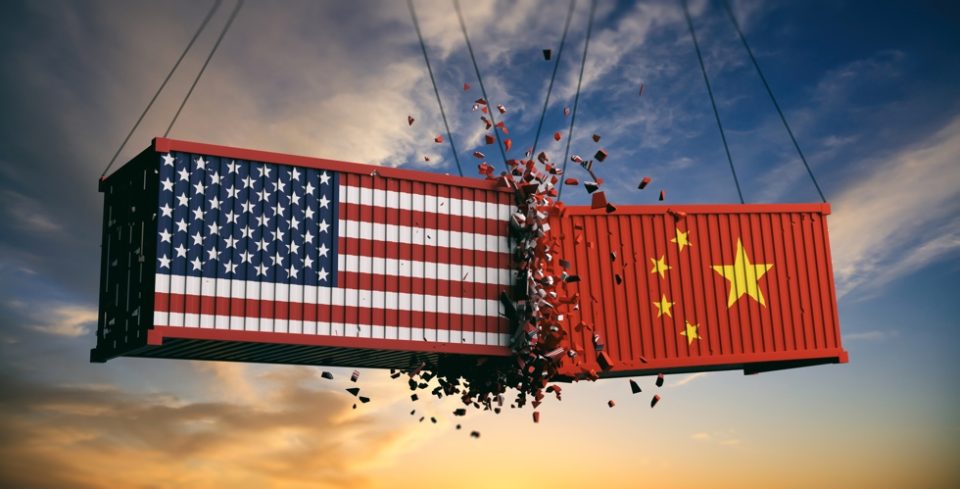 Would the United States go to war over marine life illegally harvested in the South China Sea? The very thought of such a thing sounds ludicrous. But under the U.S. Mutual Defense Treaty with the Philippines, it is a possibility.

For the past month, China and the Philippines have traded threats over a disputed area in the South China Sea after Philippine authorities seized what they said was illegally harvested marine life from Chinese ships, only to be blocked by Chinese ships when a Philippine navy warship tried to tow the Chinese vessels.

Chinese state media have talked of military action while its government has warned Chinese citizens in the Philippines that they may be at risk because of nationalistic sentiment there.

The disputed area is the resource-rich Scarborough Shoal, about 130 miles from the Philippine mainland. The group of reefs, rocks, and small islands are named after the East India Company ship Scarborough that was wrecked there in 1784.

Although State Department spokeswoman Victoria Nuland said the United States was “urging restraint from all parties” and “discouraging any kind of escalation of tensions,” Secretary of State Hillary Clinton and Defense Secretary Leon Panetta — during recent talks in Washington with their Philippine counterparts — maintained that the United States was not taking sides in the territorial dispute but would honor its treaty obligations.

At the same time, U.S. troops have begun training exercises in Australia. “We have no better ally or friend in the world than Australia, and we have no area in the world which is as important or dynamic over the next 50 years as the Asia Pacific,” said Jeffrey Bleich, the U.S. ambassador to Australia.

The 1951 Mutual Defense Treaty between the United States and the Philippines is a short agreement consisting of eight articles. Article IV and V read as follows:

Article IV. Each Party recognizes that an armed attack in the Pacific area on either of the Parties would be dangerous to its own peace and safety and declares that it would act to meet the common dangers in accordance with its constitutional processes.

Article VIII says that the treaty “shall remain in force indefinitely,” although either party may terminate it “one year after notice has been given to the other party.”

The treaty clause in the U.S. Constitution (Art. II, Sec. 2, Para. 2) states that the president “shall have power by and with the advice and consent of the Senate to make treaties, provided two thirds of the Senators present concur.”

Most Americans probably have no idea that such a treaty to defend the Philippines exists. But it is just one of many. The United States has similar treaties with Japan, South Korea, and Australia, as well as many “security arrangements” and “status of forces agreements” that clarify the terms under which U.S. troops are stationed in other countries.

The most well-known U.S. military alliance is the North Atlantic Treaty Organization (NATO) between the United States, Canada, Iceland, and 24 other European countries and Turkey. A few years after the fall of the Soviet Union, NATO was expanded to include 10 former members of the Warsaw Pact. That means that the United States is committed to going to war over Poland, just as the British were when they committed the greatest blunder in their history in giving Poland a “blank check” that drew them into World War II.

Military alliances are dangerous things, especially when they are misinterpreted. Article III of the Tripartite Pact of 1940 between Germany, Japan, and Italy committed the three powers “to assist one another with all political, economic, and military means if one of the Contracting Powers was attacked by a Power at present not involved in the European War or in the Japanese-Chinese conflict.” On November 30, 1941, Japanese foreign minister Tojo said to Eugen Ott, the German ambassador to Japan before World War II, that “he hoped in the event of Japan being at war with the USA, Germany and Italy would, according to the Tripartite Pact, stand by her side” (Nicholas Henderson, “Hitler’s Biggest Blunder,” History Today, 43:4 [April 1993], 35–43). After Japan attacked the United States at Pearl Harbor on December 7, Germany declared war on the United States on December 11.

And of course, World War II would have never happened had it not been for World War I and the military alliances that existed among the Great Powers: the Entente cordiale between Britain and France, the Anglo-Russian Convention, and the Franco-Russian Alliance on the one hand; and the Triple Alliance of Germany, Austria-Hungary, and Italy on the other.

Although U.S. foreign policy had become increasingly interventionist since the Spanish-American War, the United States generally steered clear of entangling alliances until the end of World War II. That was in keeping with the insight of the Founding Fathers. In his Farewell Address, George Washington famously warned against “permanent alliances with any portion of the foreign world.” He also said, “The great rule of conduct for us, in regard to foreign nations, is in extending our commercial relations to have with them as little political connection as possible.” In both of those ideas he was echoed by America’s third president, Thomas Jefferson:

I am for free commerce with all nations, political connection with none, and little or no diplomatic establishment. And I am not for linking ourselves by new treaties with the quarrels of Europe, entering that field of slaughter to preserve their balance, or joining in the confederacy of Kings to war against the principles of liberty.

And most famously, from his first inaugural address of March 4, 1801, “Peace, commerce, and honest friendship with all nations — entangling alliances with none.”

But the United States today is far removed from the nonintervention of the Founders. As philosopher Robert Nisbet wrote in The Present Age at the bicentennial of the Constitution,

Of all faces of the present age in America, the military face would almost certainly prove the most astounding to any Framers of the Constitution, any Founders of the Republic who came back to inspect their creation on the occasion of the bicentennial…. The returned Framers would not be surprised to learn that so vast a military has inexorable effects upon the economy, the structure of government, and even the culture of Americans; they had witnessed such effects in Europe from afar, and had not liked what they saw. What would doubtless astonish the Framers most, though, is that their precious republic has become an imperial power in the world, much like the Great Britain they had hated in the eighteenth century….

The current U.S. foreign policy of maintaining entangling alliances is hazardous to American blood and treasure. And not just because they are all grossly one-sided (can you imagine the Philippine or Albanian navies steaming to America in the event of an attack on the United States?). Nothing that happens in the South China Sea is worth one drop of American blood or one dollar from the U.S. treasury.

Conflict, injustice, and oppression throughout the world are unfortunate things. But the United States cannot right every wrong or correct every injustice in the world. It is not the job of the United States to police the world, put out fires around the world, or be the world’s hall monitor, social worker, parole officer, or peacekeeper.

Originally published at The New American on May 22, 2012.