Should Libertarians be Conservative? 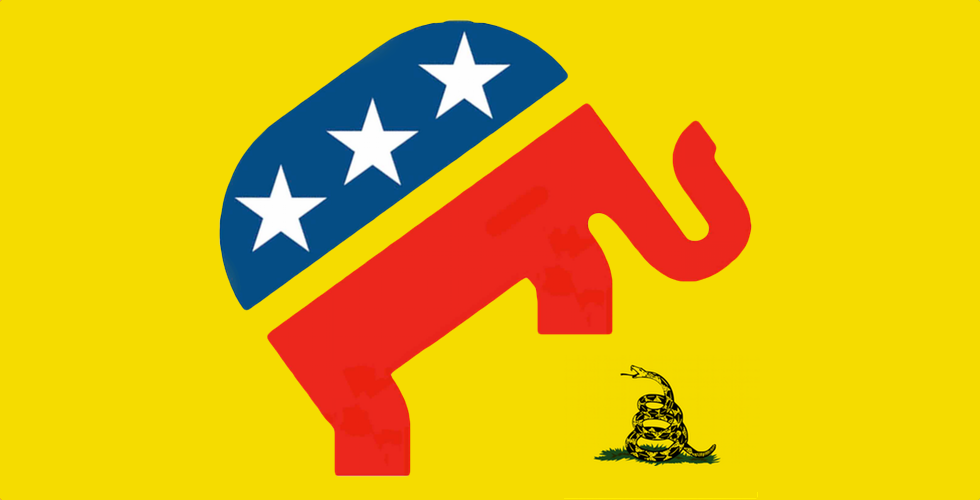 In a recent article for the online journal Public Discourse, conservative Jay Richards asks the question: “Should Libertarians Be Conservatives?: The Tough Cases of Abortion and Marriage.”

Richards is Director and Senior Fellow of the Center on Wealth, Poverty, and Morality at the Discovery Institute, a Visiting Scholar at the Institute for Faith, Work, and Economics, and co-author, with James Robison, of the New York Times bestselling book Indivisible: Restoring Faith, Family, and Freedom Before It’s Too Late (FaithWords, 2012). Richards and I have many common interests: Christianity, theology, economics, politics. He sounds like my kind of guy – except that he’s not.

Richards is your typical “criticize the welfare state while you support the warfare state conservative.” I wasn’t sure at first, but after looking at his new book Indivisible, and especially his remarks in chapter five (“Bearing the Sword”) on pacifism, just war, the war on terror, the military, and defense spending, my suspicions were confirmed.

I have argued that because the non-aggression axiom is central to libertarianism, and because force is justified only in self-defense, and because it is wrong to threaten or initiate violence against a person or his property, and because killing is the ultimate form of aggression that, to be consistent, libertarians should be opposed to abortion.

If conservatives are so committed to pro-life principles, then why did they continue to fund Planned Parenthood during the Bush presidency? Why did John McCain and others vote to confirm pro-abortion judges like Stephen Breyer, Ruth Ginsburg, and David Souter to the Supreme Court? Why did George H. W. Bush even nominate Souter?

I agree with Richards that “just as government may not redefine our rights as individuals, it has no authority to redefine marriage.” Marriage has always been and will forever be the union of a man and a woman. God created Adam and Eve, not Adam and Steve. Anything else is just cohabitation, fornication, civil union, voluntary contract, or domestic partnership, whether it is called a marriage or not. Same-sex marriage, which is not even supported by some homosexuals, is like a square circle, solid jello, or liquid steel.

But more importantly, and as I have also argued, the state should get out of the marriage business. Why do governments at every level require a license for people to engage in consensual, peaceful activity? And not only that, in some states there is not only a hefty fee to get a marriage license, but a required waiting period or recommended premarital counseling course. Why do two individuals need the state’s permission to get married? Who knows better if two individuals are fit to be married than the two individuals? If they want advice regarding their union, they can consult their pastor, parents, co-workers, and/or friends. It is none of the state’s business.

Marriage predated the state. It needs no protection, regulation, or monitoring by the state to continue its existence.

The real threat to the institution of marriage is not homosexuals wanting heterosexuals to recognize their same-sex marriages, it is Christians standing in a church and saying “for better for worse, for richer for poorer, in sickness and in health, to love and to cherish, till death us do part” and then getting divorced a few years later. The real assault on marriage is by serial adulterers who preach family values like the thrice-married Newt Gingrich. As Doug Bandow has recently said: “When it comes to sex the Republican Party is divided. A few members actually don’t believe it is the government’s business. However, the GOP is full of leaders with multiple marriages engaging in multiple affairs who lecture everyone else about the importance of sexual morality.”

There are four areas I would like to briefly mention that show the incontrovertible divide that exists between libertarians and conservatives.

First, the state. As concisely summed up by Mises Institute chairman Lew Rockwell:

The problem with American conservatism is that it hates the left more than the state, loves the past more than liberty, feels a greater attachment to nationalism than to the idea of self-determination, believes brute force is the answer to all social problems, and thinks it is better to impose truth rather than risk losing one soul to heresy. It has never understood the idea of freedom as a self-ordering principle of society. It has never seen the state as the enemy of what conservatives purport to favor. It has always looked to presidential power as the saving grace of what is right and true about America.

Conservatives are having a heyday calling President Obama a socialist. What they block out of their minds is that by their own measure, they are socialists too. . . . But while conservatives want to protect the assets of the rich from IRS confiscation and welfare-state redistribution, conservatives cannot deny that they themselves also favor the welfare-state concept of taxing people so that the state can redistribute the money to others. The only thing different between conservatives and liberals is the identity of the people they wish to tax and the identity of people they wish to receive the loot.

Third, war. I have said on more than one occasion that the very heart and soul of conservatism is war. Patriotism, Americanism, and being a real conservative are now equated with support for war, torture, and militarism. I firmly stand by this assertion that I first made in 2009, although it was true long before then.

And fourth, the drug war. Out of one side of their mouth conservatives talk about individual liberty, free markets, limited government, less intrusive government, cutting regulations, personal responsibility, and the Constitution, but at the same time they say out of the other side of their mouth that if you buy, sell, or possess a substance the government doesn’t approve of then we will lock you up in a cage. And if you buy, sell, or possess too much, then we will throw away the key.

Originally published on LewRockwell.com on May 14, 2012.