The Real Reason Guantanamo Should Be Closed 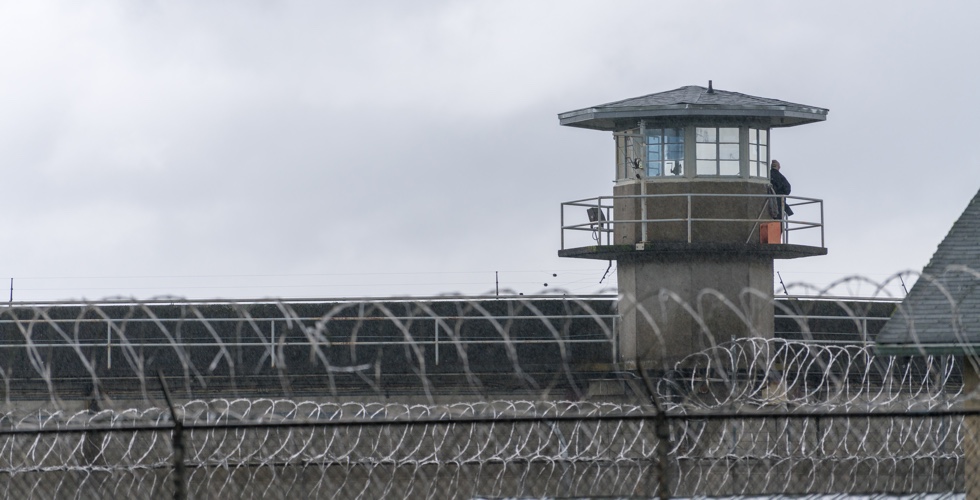 It has been ten years now since the first “terrorists” arrived at the U.S. military prison at Guantánamo Bay, Cuba. Of the 779 people who have been detained at Guantánamo over the years, 171 still remain.

Of those 171 prisoners, 46 are “indefinite detainees” who will neither be charged nor released, 89 are eligible for release or transfer but are still held in the prison camps, 6 face death-penalty trials that may begin this year, 4 are convicted war criminals, and 1 is serving a life sentence.

Although Secretary of Defense Donald Rumsfeld called the detainees at Guantánamo “among the most dangerous, best-trained, vicious killers on the face of the earth” and insisted that all of them “were captured on a battlefield,” the majority had to be released when it turned out, after months or years of confinement, abuse, or torture, that most were hapless innocents sold by warlords as terrorists to the U.S. military in order to collect a bounty. An analysis by Seton Hall Law School professor Mark Denbeaux — based on the government’s own data — found that only one of the 516 Combatant Status Review Tribunal unclassified summaries of the evidence alleged that a detainee had been captured by the Unites States on a battlefield.

George W. Bush’s assurances in a 2006 White House speech that “we have in place a rigorous process to ensure those held at Guantánamo Bay belong at Guantánamo” and that detainees “are in our custody so that they cannot murder our people” were simply ruses for indefinite detention.

Barack Obama pledged to close Guantánamo, both before and after he became president. But like most promises made by politicians, and especially presidential candidates, it never came to pass. Congress, of course, shares in the blame for this injustice, and especially the Republican national-security statists who populate both the House and Senate. Congress has blocked the White House from financing trials of Guantánamo detainees on U.S. soil and the acquisition of a state prison in Illinois to hold detainees currently held who will not be put on trial.

The prison at Guantánamo is the most expensive prison in the world. It is staffed by 1,850 U.S. troops and civilian linguists, intelligence analysts, federal agents, and contract workers at a cost of $800,000 a year per detainee.

The prisoner abuse that has taken place at Guantánamo is well known, and not just from those who have experienced it. The FBI has released documents showing that at least 20 of its agents witnessed aggressive mistreatment and harsh interrogation techniques of prisoners by other government agencies or outside contractors, including the chaining of detainees to the floor, hand and foot in a fetal position for 24 hours with no food or water, and covered in their own filth. Former Army Sgt. Erik R. Saar has disclosed that female interrogators tried to break Muslim detainees by sexual touching, wearing miniskirts, and thong underwear. Ex-Guantánamo guard Brandon Neely has spoken of the violence that was committed against detainees by the U.S. military.

The recently passed National Defense Authorization Act could result in Americans’ being declared “enemy combatants” and sent to Guantánamo where they could be detained indefinitely.

To understand that we must go back to the Spanish-American War. The United States declared war on Spain on April 25, 1898, intervening in and fighting its first imperial war. When the war ended on August 12, 1898, the United States found itself in possession of Spain’s overseas empire of Puerto Rico, the Philippines, Guam, and Cuba.

Prior to that, the U.S. Congress had passed, and William McKinley had signed, the Teller Amendment, in which the United States “hereby disclaims any disposition of intention to exercise sovereignty, jurisdiction, or control over said island except for pacification thereof, and asserts its determination, when that is accomplished, to leave the government and control of the island to its people.”

But in 1901, a series of articles known as the Platt Amendment (after Sen. Orville Platt of Connecticut) were drawn up by Secretary of War Elihu Root and incorporated into the new Cuban constitution of 1902. The Platt Amendment made Cuba virtually a U.S. protectorate. It allowed the United States to intervene at will in Cuban affairs and authorized the United States to lease Guantánamo Bay from Cuba perpetually.

After U.S. troops withdrew from Cuba in 1902 (although they returned in 1906–1909, 1912, and 1917–1922), the Cuban-American Treaty was signed in 1903 by the president of Cuba and the new American president, Theodore Roosevelt. This treaty, which is still contested by Cuba, allows the United States to lease a 45-square-mile area of land and water at Guantánamo Bay for “coaling or naval stations only, and for no other purpose.”

In 1943, under the Good Neighbor Policy of Franklin Roosevelt, the Platt Amendment was abrogated, but the provisions of the Cuban-American Treaty regarding the leasing of Guantánamo remained in effect. The United States continues to send a monthly rent check to Cuba, but the checks are never cashed. After Fidel Castro came to power, relations between the United States and Cuba deteriorated. Cuban territory outside the U.S. Naval Station Guantánamo Bay has been off-limits to U.S. servicemen and civilians since January 1, 1959.

How many Americans even realize that Guantánamo is located, not in the United States or in a U.S. territory, but 400 miles away in another country?

But Guantánamo is only the tip of the iceberg. According to the Department of Defense’s “Base Structure Report” for fiscal year 2011, the Defense Department “manages a global real property portfolio consisting of more than 542,000 facilities (buildings, structures, and linear structures) located on nearly 5,000 sites worldwide covering more than 28 million acres.” Officially, there are 611 of these facilities in 39 foreign countries. Unofficially, however, there are hundreds more. Although the Base Structure Report lists 194 sites in Germany, 108 sites in Japan, and 82 sites in South Korea, the report lists no branch of the U.S. military’ having any bases in Afghanistan or Iraq, even though we know that there exist hundreds of “sites” in those two countries.

The late Chalmers Johnson, author of Blowback, The Sorrows of Empire, and Nemesis, and one of the foremost authorities on the subject, always maintained that the official Defense Department figures regarding overseas military bases were too low because they “omit espionage bases, those located in war zones, including Iraq and Afghanistan, and miscellaneous facilities in places considered too sensitive to discuss or which the Pentagon for its own reasons chooses to exclude — e.g., Israel, Kosovo, or Jordan.” Johnson estimated the number to be closer to 1,000. We know now that he was right about the Defense Department’s figures, for Nick Turse, author of The Complex: How the Military Invades Our Everyday Lives, has recently confirmed that Johnson’s figure of 1,000 foreign bases is actually too low. The number is really closer to 1,100.

The real problem with the Guantánamo prison is not that it is too expensive, that it holds detainees who are not really terrorists, or that prisoners are mistreated there, but that it is located on a U.S. military base on foreign soil.

Although World War II ended in 1945, the United States still maintains scores of bases and tens of thousands of troops in Germany, Italy, and Japan. It is long past time to end the U.S. empire of bases and troops that encircles the globe.

Imagine the outrage of Americans if Russia claimed the authority to build a military base around San Francisco Bay and station thousands of troops there. Imagine the indignation if China took over part of the Florida Keys.

It is the height of arrogance for the U.S. government to insist on building hundreds of military bases in foreign countries and to consider it an act of aggression for other countries to want to do likewise.

The prison at Guantánamo should be closed, the U.S. Naval Station Guantánamo Bay should be evacuated, and all the land currently occupied by the United States should be given back to Cuba.

Originally published at The Future of Freedom Foundation on January 31, 2012.

PrevPrevSuppose We Followed the Golden Rule
NextNews of the Week: Iran concerned about United States obtaining its 8500th NukeNext