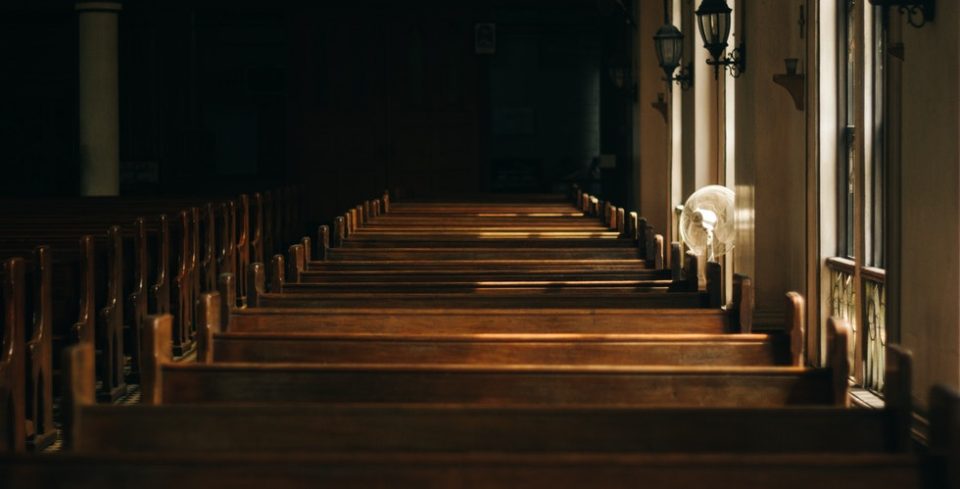 While there have always been schisms in the Christian faith, the current theological/political divide between the Christian Left and the Christian Right is a culmination of the past 100+ years of theological and social developments regarding the nature of the gospel and its implications for our lives. The Right emphasizes the personal, individual nature of the gospel and its effects. The Left emphasizes the social and communal aspects of the gospel. Not surprisingly, their respective views of the gospel fits with their views on the nature of sin. For the Right, sin is when individuals act out of step with God’s desires. For the Left, sin can be created by social institutions beyond the control of any one individual.

Tim Suttle, pastor at Redemption Church in Olathe, Kansas, has made a concerted effort to bring into view both emphases of the gospel. In his book, An Evangelical Social Gospel?, Suttle recounts his own personal journey from a Christian faith emphasizing the effect Jesus has on our personal lives to the embrace of a faith that embraces both the “personal gospel” and the “social gospel.”

Suttle draws heavily from Social Gospel preacher Walter Rauschenbusch, an early 20th century Progressive who learned early in his ministry that the gospel isn’t just about individuals going to heaven when they die, or having a better life for themselves here on this earth. After experiencing the suffering and misery of Hell’s Kitchen, a poverty-stricken area of Manhattan, Rauschenbusch discovered that the message of personal conversion lacked power. Not the power to save individually, but the power to bring people together and toward God. It wasn’t good enough that rich Christians oppressed the poor. Such a gospel didn’t satisfy, and Rauschenbusch believed it didn’t do justice to the gospel of Jesus. To Rauschenbusch, the whole gospel incorporated more than just individuals. It incorporated society.

I was expecting Suttle to lead the reader gradually so as to shift the importance of the individual gospel message to the social gospel message. Refreshingly, Suttle is clear about where he stands: “I believe that if our concept of the gospel doesn’t include both of these messages, then it is something less than the true gospel found in Scripture, and thus lacks the power to transform the world” (pg 26). He starts in the Garden of Eden and points out four directions in which our humanity was fractured by what many theologians call “the Fall”:

If our gospel doesn’t restore all four types of fractures, it is only partial good news.

In just over 100 pages, Suttle’s book explores the nature of the image of God, the dangers of what he calls “individualism,” the nature of sin, and the solution of corporate salvation. Critical to the book is his hardcore commitment to the subtitle of the book: “finding God’s story in the midst of extremes.” He does a superb job.

As a Christian trained in theology and sort of an armchair philosopher, I had a few moments of frustration throughout the book. One was a statement about individualism vs. collectivism: “What makes us human is our participation in humanity” (pg. 35). What followed were a few paragraphs that felt a bit jarring. Suttle makes the case that “the social relationship temporally and logically precedes any awareness of our own existence. In other words, if I was (sic) the only thing in existence, it would not be possible for me to even discern my own existence” (pg 35). To put a finer point on it, he says, “Human ontology—our very being—is predicated upon community. Community comes first” (pg 36). The essence of his point is that to be fully human we must participate as humans in community. Though I agree with his conclusion, I would argue that individualism gets a bad rap due to its confusing nature. Most of us think of individualism as a self-centered way of viewing the world. Norman Horn says it best in his article highlighting the beliefs of Edmund Opitz:

The concept of individualism is often lost in the modern church. One frequently hears in religious circles that “individualism has no place in the life of the church,” but this constitutes a misunderstanding of the word itself. At its core, individualism means the individual is responsible for his own actions, in particular before God, and thus individual liberty is necessary for living out the dictates of conscience. Opitz would agree that one cannot be in Christ (Galatians 3:28) without the body of Christ—the church—but many Christians take this much too far and find themselves promoting collectivism rather than community. Individualism is not social atomism: “We have no inclination to be hermits; we are social creatures, and we achieve our full humanity only in association, in mutuality, and in community.” Voluntary action is the very essence of community, and thus the collectivist is actually acting against the spirit of community he seeks to promote.

Another interesting point is that Suttle spends a lot of time talking about the social elements of the gospel message, yet spends little time talking about particular manifestations of society itself. As a libertarian, one quote from Rauschenbusch that stood out to me was, “When [Jesus] took God by the hand and called him ‘our Father,’ he democratized the conception of God. He disconnected the idea from the coercive and predatory State, and transferred it to the realm of family life, the chief social embodiment of solidarity and love” (pg 41, quoting Rauschenbusch’s Social Gospel, pg 175, emphasis mine). Suttle cites examples of social sin and its horrible outcomes, and he is convincing in his argument that sin can be social and not just personal. Though it was probably beyond the scope of his book, Suttle does not talk about the nature of the State and its predation on the poor—something most libertarians (even non-Christian ones) would consider to be a “social sin.” Suttle would find some decent company in the midst of libertarian Christians with the following:

Our vocation as human beings is to organize our common life together in such a way that we image God to all creation and bear witness to the in-breaking kingdom of God, so that when all of creation looks at us and sees the way we live together—not just as individuals—it will see past us to the greater reality that is the reign and rule of God. (pg 44)

To Suttle, the good news of the Kingdom of God is beyond our individual destinies and more about embracing God’s reign on earth. He demonstrates in various New Testament passages (Mark 1:14, Luke 8:1, Luke 9:1-12, Acts 3:19-21, Ephesians 1:9-10, Colossians 1:19-20, 2 Peter 3:10-13, and Romans 8:19-23) that God’s saving action is not a destruction of the cosmos but a renewing of it. In a statement clearly drawn from the language and theology of N.T. Wright (a favorite theologian of mine), he succinctly describes the gospel:

The good news is that the future of God has come rushing into the present through Jesus Christ. Heaven has invaded earth in the person of Jesus Christ, who prayed, “Thy kingdom come, Thy will be done on earth as it is in heaven.” (pg 84)

He ends the book on a refreshingly (and perhaps ironic) pastoral note. By describing the Kingdom of God as a rival narrative, he asks, “What story are you living in?” If our world’s narrative is highly consumeristic, we will tend to view ourselves as mere containers, which implies that we keep God’s blessings for ourselves. Instead, we ought to view ourselves as funnels through which God is the source of all our life, our gifts, talents, resources, abilities, passions, and income. Instead of leveraging these to keep our containers full, a fully human experience lets these flow freely through our lives into the lives of others. The original promise to Abraham comes to mind: “you will be blessed to be a blessing throughout the world.”

Suttle’s book has a few shortcomings, and I have a few gripes about his beliefs about society. Suttle is probably more sympathetic to the Progressive movement than I would be. He probably rejects libertarianism. Nonetheless, he has made a significant contribution to the Great Conversation about life and faith through his work.

Interested in learning more? Check out the book at Amazon.com.

Read More »
PrevPrevNews of the Week: On Secular Theocracy and Sentencing.
Next“Hijacked: Responding to the Partisan Church Divide” Book ReviewNext