Korea Shows All That Is Wrong With U.S. Foreign Policy 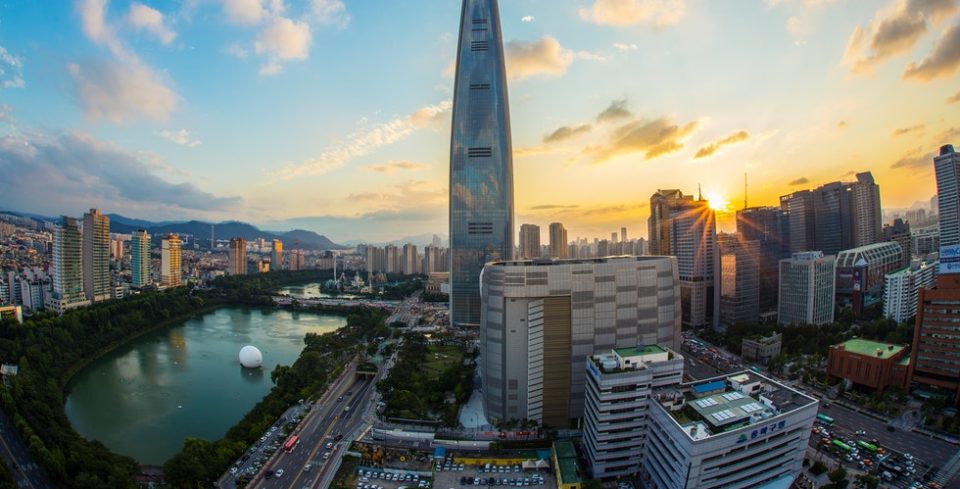 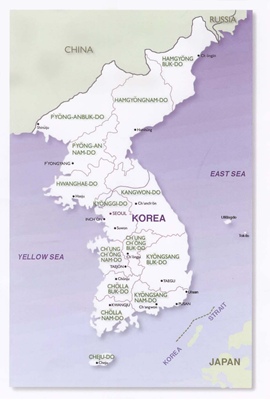 The tension on the Korean peninsula escalated late last year when South Korea began live-firing drills off its coastline. That was after North and South Korea shelled each other for the first time since the 1953 armistice that ended the Korean War. U.S. forces in the area went on high alert even as the nuclear-powered aircraft carrier USS George Washington joined South Korean naval forces in exercises in the Yellow Sea. That carrier had just concluded drills with Japan involving 400 aircraft, 60 warships, and more than 40,000 U.S. and Japanese troops. South Korea was an official observer during the drills.

Korea shows all that is wrong with U.S. foreign policy.

After World War II, the United States and its allies — against the wishes of most Koreans — divided the country at the 38th parallel. After North Korea invaded the South in 1950, Harry Truman intervened with U.S. combat troops in a “police action.” The result was the senseless death of more than 36,000 American soldiers for Truman’s foolish policies, for the United Nations, for the failed diplomacy of World War II, and for the division of Korea in the same place it was divided before the war started. Since that time, a day has not gone by when the United States has not had thousands of troops stationed in South Korea, some no doubt the grandchildren of the soldiers who fought in the Korean War. There are at least 25,000 U.S. soldiers currently in Korea. There are also more than 35,000 U.S. troops stationed in Japan.

There was no U.S. declaration of war against North Korea. On five different occasions, the United States has declared war on a total of eleven other countries: Great Britain in 1812 (the War of 1812), Mexico in 1848 (the Mexican War), Spain in 1898 (the Spanish-American War), Germany and Austria-Hungary in 1917 (World War I), Japan, Germany, and Italy in 1941 (World War II), and Bulgaria, Hungary, and Romania in 1942 (World War II).

Only a few Republicans in Congress dared to object to Truman’s clearly unconstitutional intervention in Korea. Most notable was Sen. Robert Taft, who maintained, “The president is usurping his powers as commander in chief. There is no legal authority for what he has done. If the president can intervene in Korea without congressional approval, he can go to war in Malaya or Indonesia or Iran or South America.” The Korean intervention set a terrible precedent, for no declaration of war has ever been issued since, even though the United States has been involved in many military conflicts since then, some of them being major wars, such as Vietnam, Iraq, and Afghanistan.

But not only was there no declaration of war in Korea, there was not even a congressional authorization to use force. Such a resolution has been issued eight times in U.S. history: under Eisenhower in 1955 and 1957 to defend Formosa and check Soviet expansionism in the Middle East; twice under Kennedy in 1962 in response to the threat of Cuban communism and the crisis in Berlin; the infamous 1964 Tonkin Gulf Resolution under Johnson; under Bush the elder in 1991 when he ordered the first U.S. invasion of Iraq; and twice under Bush the younger for launching the Afghanistan war in 2001 and the Iraq war in 2002. The lack of any congressional authorization for the Korean conflict shows that U.S. foreign policy is really at the whim of whoever is the president. Americans are expected to support or demonize a country at the word of the president.

The lack of any congressional input in the decision to go to war in Korea signals the beginning of the U.S. military as merely the president’s personal army, as Jacob Hornberger has pointed out:

The misuse of the military since the Korean War is so prevalent and wide-ranging that the majority of what the military now does has nothing to do with the defense of this country and everything to do with intervening in foreign countries. The U.S. military performs most of its duties outside the United States providing disaster relief, dispensing humanitarian aid, supplying peacekeepers, enforcing UN resolutions, nation-building, spreading “goodwill,” launching preemptive strikes, establishing democracy, changing regimes, assassinating people, training armies, rebuilding infrastructure, reviving public services, “opening markets,” maintaining no-fly zones, occupying countries, and, of course, fighting foreign wars.

The misuse of the military results in needless deaths of U.S. soldiers. The most unnecessary job in the world is that of the Casualty Assistance Calls Officer, who must go knocking with a message that no military family wants to hear. In addition to the more than 36,000 soldiers lost in Korea, there are the more than 58,000 soldiers who lost their lives in Vietnam, and the more than 4,450 soldiers in Iraq and 1,750 in Afghanistan who paid the ultimate price fighting in those places. Every one of those deaths was unnecessary and preventable and can be charged to a reckless and meddling U.S. foreign policy.

Where the boys are

The continued U.S. military presence in South Korea with thousands of troops at 87 different sites (if you include golf courses) is but a small part of the U.S. global empire of troops and bases. According to the Department of Defense’s “Base Structure Report” for FY 2009, there are 716 U.S. military bases on foreign soil in 38 countries. Yet, according to the expert on this subject, the late Chalmers Johnson, that number is actually closer to 1,000 because “the official figures omit espionage bases, those located in war zones, including Iraq and Afghanistan, and miscellaneous facilities in places considered too sensitive to discuss or which the Pentagon for its own reasons chooses to exclude — e.g., in Israel, Kosovo, or Jordan.” This same report lists the DOD’s physical assets as “more than 539,000 facilities (buildings, structures and linear structures) located on more than 5,570 sites, on approximately 29 million acres.”

But not only does the United States have thousands of troops in South Korea, Japan, Germany, and Italy decades after World War II and Korea, there are, according to the DOD report titled “Active Duty Military Personnel Strengths by Regional Area and by Country,” U.S. troops stationed in 147 countries and 11 territories in every corner of the globe. That means that U.S. troops have a presence in more than 75 percent of the world’s countries. All told, there are more than 300,000 U.S. troops in foreign countries — not counting the 50,000 troops in and around Iraq in support of Operation Iraqi Freedom or the 100,000 troops in and around Afghanistan in support of Operation Enduring Freedom. Those numbers would be even higher were it not for the thousands of DOD contractors.

The United States is committed to the defense not only of South Korea, but of many other countries as well, thanks to various security alliances and bilateral agreements. That, in spite of the warnings of Washington and Jefferson to stand clear of permanent and entangling alliances.

The real issue about Korea, as Congressman Ron Paul recently explained, is that “the American taxpayer is still forced to pay for the U.S. military to defend a modern and wealthy South Korea.” According to the CIA, the economy of South Korea is 34 times larger than the centrally planned economy of its northern neighbor. South Korea has twice the population of North Korea. Per capita GDP in the South is 15 times what it is in the North. North Korea faces chronic shortages of food and fuel and its “industrial capital stock is nearly beyond repair as a result of years of underinvestment and shortages of spare parts.” It makes no sense, financially or otherwise, for the United States to guarantee the defense of South Korea against a country where malnutrition and poverty are the rule rather than the exception.

Korea shows all that is wrong with U.S. foreign policy: disregard for the Constitution, departure from the wisdom of the Founders, unaccountable presidential power, misuse of the military, a global empire of troops and bases, callous disregard for the lives of American soldiers, meddling in the affairs of other countries, and wasting billions of dollars taken from American taxpayers. U.S. foreign policy is hopelessly interventionist — no matter which party controls the Congress or the White House.

Originally posted at The Future of Freedom Foundation on January 18, 2012