Statist Baggage on the Airlines 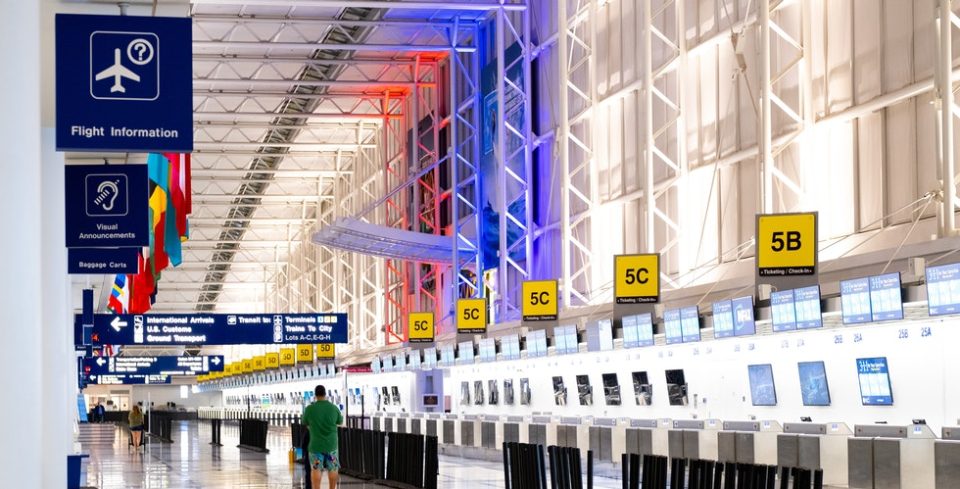 First it was the TSA; now it’s the airlines.

Some airlines have begun charging $5 for printing out your boarding pass at the airport. Even if you print from a self-service kiosk, you’ll still pay a $1 printing fee. Some airlines are now charging a 10 percent fee for infants traveling on international flights who are seated in your lap. One carrier, Ryanair, charges extra for babies on any flight, domestic or international. Some airlines have a fee of $40 for bringing a large carry-on onboard. The fee is only $20 if you indicate as much when you book your ticket. Some airlines are now charging extra for snacks. The last time I checked, JetBlue and US Airways were charging $7 for a blanket and pillow and American Airlines was charging $8. The extra fees were obviously not enough to help American, as it just filed for bankruptcy.

Obviously, to get around paying the fees, passengers could print their boarding passes at home, leave their infants with family members when flying overseas, travel only with small carry-on bags, eat before they board, forgo the blanket and pillow, or choose an airline that doesn’t have the particular fee they don’t want to pay.

But one practice that all airlines (except Southwest) have instituted, and maintained in spite of cries from the public that they are being gouged, is a fee for checked luggage. In a perfect illustration of the laws of supply and demand, as airlines imposed fees to check bags, more passengers began carrying their luggage onboard.

But the outrage of the flying public has only increased. According to Steve Lott, spokesman for the airline industry group Air Transport Association, fewer than one in four passengers now pays a checked-luggage fee. That means not only that more carry-on bags must go through security checkpoints, further slowing down the security process, but that space for carry-on bags in airplane overhead bins is at a premium. It’s no wonder that too much carry-on luggage toted by passengers recently emerged as the number-one complaint of air travelers.

Sen. Mary L. Landrieu (D-La.) aims to change all that. Like all statists in Congress — the overwhelming majority in both parties — she believes that the solution to any problem is government intervention. She has just introduced a bill (S.1913), the Basic Airline Services to Improve Customer Satisfaction Act, or BASICS Act, to forbid airlines to charge for the first checked bag.

In a press release, Landrieu maintains that airlines collected $3.9 billion in checked-baggage fees in 2008 and 2009. She asserts that her legislation will solve both the “financial burden of paying a fee” and the “headache of trying to fit everything into a carry-on.” Says the senator,

When an airline advertises a flight, that is how much it should cost, plain and simple. Passengers should not be charged additional fees for checked or carry-on baggage, drinkable water or other reasonable requests. Air travel can be a stressful experience for many reasons, but unfair fees for basic amenities should not be one of them…. Passengers have been nickeled and dimed for far too long and something has to be done about it. Air carriers should be required to provide a minimum standard of service to their passengers or face additional fees — that is what the Airline Passenger BASICS Act and the FAIR Act will do.

The FAIR Act would impose additional fees on airlines that do not comply.

The only redeeming thing about the bill is its brevity and simplicity. Section 1 gives the title of the bill and section 2 states just the following:

Not later than 180 days after the date of the enactment of this Act, the Administrator of the Federal Aviation Administration shall prescribe regulations —

That is it. That is the entire bill. But a clear and concise bill is not necessarily a good bill.

First of all, Steve Lott points out that “banning baggage fees would actually be less fair to customers, as it could result in higher ticket costs that all passengers would bear as opposed to just those who are checking bags.” According to the Air Transport Association, airfare alone does not cover the operating cost of a flight. The price of jet fuel has risen from an average of a little more than $1 a gallon between 2001 and 2005 to more than $3 in 2011. According to Tony Tyler, the chief of the International Air Transport Association, “Domestic and foreign carriers will transport about 7.6 million people next year, but profits are projected at less than 1 percent.” The airline industry as a whole lost $25 billion in the last decade. The lesson here is that things are not always as they seem and there are always unintended consequences whenever the government intervenes in the economy.

Second, banning airlines from charging fees for checked bags — for whatever reason — is a form of price controls like those instituted by Richard Nixon in 1971 and Venezuela’s president, Hugo Chavez, in 2011. Nixon’s “temporary” imposition of wage and price controls on August 15, 1971, turned into more than two years of Soviet-style central planning in the United States with a cost-of-living council and pay boards and price commissions to approve requested price increases after a 90-day freeze. Invoking the ideals of Lenin, Chavez recently said that “the Law for Fair Costs and Prices would prevent unscrupulous businesses from unjustly raising prices.”

Although Nixon did it to institute “a new economic policy” (kind of like George W. Bush’s saying he had to abandon free-market principles to save the free market), and Chavez to “protect the people from capitalism,” the result is the same: government central planning by bureaucrats.

But whether governments dictate that prices can’t be raised, can’t be lowered, or can’t be changed at all, price controls are still a form of Soviet-style central planning.

Third, just as there is no right to a free drink with your meal at a restaurant or free use of bowling shoes when you go bowling, so there is no right to free checked luggage when you take an airline flight. Do I want to have to pay to check my luggage when I fly? Of course not. Who would? I don’t want to have to pay for my flight either, but I do it if I want to board the plane. Just as I pay for dinner at a restaurant or for tickets at a theater, even though I would prefer to eat and watch for free.

Fourth, consumers have the power to persuade airlines to lower prices or eliminate fees without the heavy hand of government mandates and regulations. After major U.S. banks recently announced that they would begin charging their customers a monthly fee for using their debit cards, Americans in droves voiced their opposition and began transferring their money into local credit unions. The banks caved in and discontinued the fees.

Fifth, and most important, whether the airlines are “gouging” consumers, whether they are charging “unfair” fees, or whether the airlines can “afford” to not charge for checked bags is not the real issue. Where does Mary Landrieu or any other member of the Senate or House get the authority to tell businesses what services they can and cannot charge their customers for? Certainly not from the Constitution they have sworn to uphold. Congress is checking the Constitution at the door if it thinks it has the right to dictate such things. The BASICS Act is one more piece of statist baggage that further weighs down a free society.

Originally posted at The Future of Freedom Foundation on December 7, 2011.