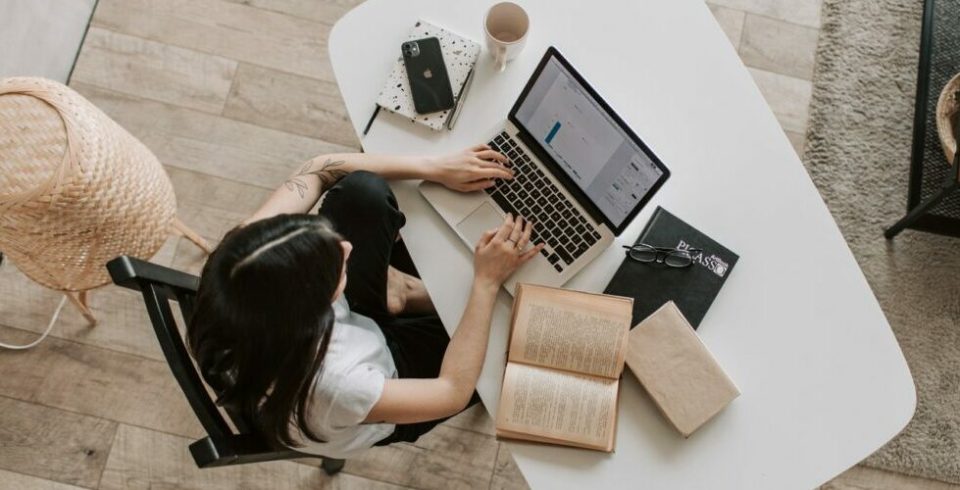 Every year, I like to construct a list of some of the best books released in the past year and a few a others that are worth recommending at any time. Of course, this is my opinion, but if you’re looking for a gift for your libertarian loved one this Christmas season then perhaps you’ll give one of these books a go. So without further adieu, the Top 10 Libertarian Books for Christmas 2011! 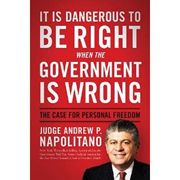 1. It is Dangerous to Be Right When the Government is Wrong by Andrew Napolitano – The Judge, host of FreedomWatch on Fox Business, has put together an amazing book that analyzes a host of topics from the standpoint of natural law. I will be reviewing this book on LCC soon but I’m going to say it now – you need to read this book. The data and stories he presents in the book make it easily worth every penny and a well-deserved place on your (or anyone else’s) bookshelf.

2. Libertarianism Today by Jacob Huebert – This book was on the list last year, but it warrants another mention because you can get it at a significantly reduced price by purchasing directly from the publisher. Huebert’s book is definitely a must-read, and is one of the best recent books on hardcore libertarianism in the past few years. LCC writer Laurence Vance has called it, “The best introduction to libertarianism on the market.”

3. Bourbon for Breakfast and It’s a Jetsons World by Jeffrey Tucker – Check out the LCC review of Bourbon for Breakfast, and you’ll see that it is a super read for anyone looking to circumvent statist restrictions upon their lives. Tucker’s followup work tells exciting stories of the little everyday miracles of the free market at work.

4. Liberty Defined by Ron Paul – Another gold standard in libertarian literature by one of liberty’s greatest defenders. See the LCC review for the full story.

5. Rollback by Thomas Woods – I am a huge fan of Tom Woods and have known him for over 5 years now. His latest book makes an eloquent case for dismantling pretty much everything the government currently does today. 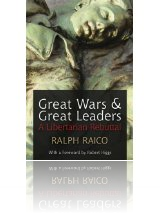 6. Great Wars and Great Leaders by Ralph Raico – Leaders who take a country to war are often heralded as “great,” but the libertarian perspective dispenses such ideas as folly. War is the health of the state and the enemy of liberty, and Raico’s historical work is great ammunition in the war of ideas that we fight daily.

7. Myth of a Guilty Nation by Albert Jay Nock – This is an old book newly reprinted by the Mises Institute, and I’m excited to see it available again (because I’m a big fan of Nock and haven’t ever read this one). From the Mises.org description: “Nock’s book reminds us of what most everyone has forgotten, namely, that this was sold as a war for freedom and self-determination over imperial ambition. Along with that came some of the most rabid war propaganda ever fabricated until that point in time, all designed to make Germany into a devil nation. Nock’s brave book took on that idea and demonstrated that there was fault enough to go around on all sides. All through the 1920s, a Nockian-style retelling of the facts behind the war led to a dramatic shift in public opinion against World War I.” Awesome!

8. The Bastiat Collection Pocket Edition by Frederic Bastiat – If you haven’t read Bastiat’s The Law, you need to get on that immediately! This book contains all the major works of Bastiat in a very small volume, and makes a great gift.

9. Economics in One Lesson by Henry Hazlitt – Need to learn a little more about economics? Start with the classic by Hazlitt, and never forget the first lesson again…

Check out other Top 10 book lists and book reviews on LCC for more ideas, and remember that every time you shop at Amazon.com through a LibertarianChristians.com link you are supporting the work of LCC! Thanks!

Read More »
PrevPrevRand Paul may have prevented conflict with Russia, but what does it mean?
NextTheological SchizophreniaNext