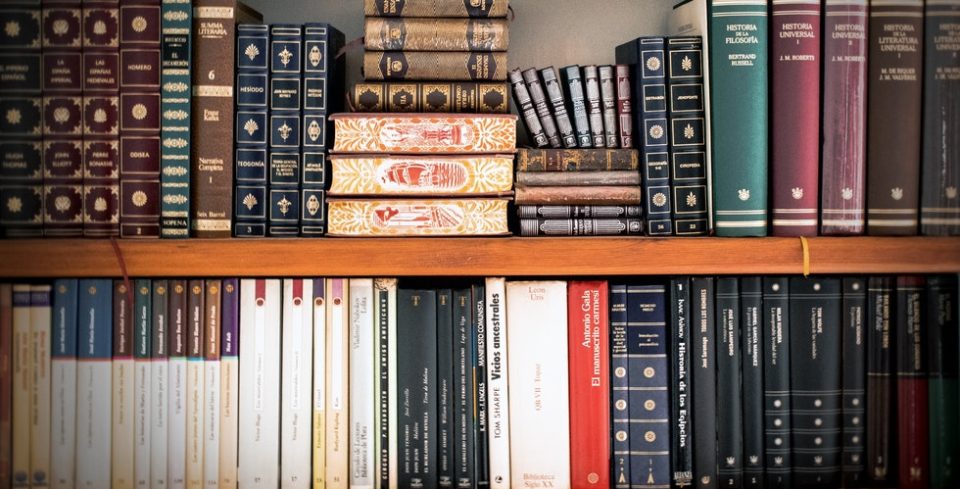 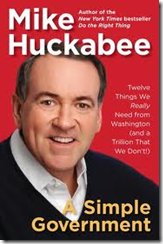 I think that Mike Huckabee – former governor of Arkansas, ordained Baptist minister, 2008 Republican presidential candidate, host of the TV show Huckabee and the radio program The Huckabee Report, chairman of the political organization HuckPAC, widely sought-after public speaker, and bestselling New York Times author – made a wise political decision by not entering the 2012 presidential race. The Republican field is large, and the Democrats have the incumbency advantage. True, twentieth-century incumbents Bush Sr., Carter, Ford, Hoover, and Taft were defeated for reelection, but incumbents Bush Jr., Clinton, Reagan, Nixon, Johnson, Eisenhower, Truman, FDR, Coolidge, Wilson, and Teddy Roosevelt were victorious in their bid to return to the White House.

Although Huckabee is not a candidate this time (born in 1955, he is young enough to run in the next few presidential elections), I decided to review his book anyway because it emits the typical Republican hot air that we are hearing from the major Republican presidential candidates right now (except, of course, for the truth machine – Ron Paul).

The first thing I noticed about the book (aside from its high price – $26.95 for a 238-page, small [5.5 x 8.5] hardcover book), is that Huckabee and/or his editor[s] couldn’t decide when the book was actually written. In the introduction, Huckabee says that he is writing “in the fall of 2010.” The introduction closes with “Mike Huckabee, October 2010.” But on page 207, he says that he is writing “just a few days after the election” while six House seats “are still unconfirmed,” which would be November 2010. We know that Huckabee finished writing the book before Congress voted to extend the Bush tax cuts (December 17), because he often refers to the tax cuts expiring and the tax rates going up in January of 2011.

After the introduction, the book has twelve chapters, an epilogue, acknowledgments, notes, and an index. Each chapter has a particular theme (family values, local government, taxes, spending and debt, health care, education, the environment, immigration, and faith in the future), except for chapters 9-11, which I call the warmongering chapters.

Huckabee disparages redistribution of wealth, public assistance, abortion, Obamacare, out-of-wedlock births, public employee unions, government debt and deficits, tax increases, the estate tax, and government stimulus programs. He talks about the Tenth Amendment and local government. He maintains that “states are increasingly enslaved to the federal masters.” He wants Congress to “define all spending as discretionary.” On Social Security, Huckabee even calls for raising the retirement age, cutting benefits, delaying payments to the elderly by giving them tax incentives to keep working, and offering those who don’t need Social Security the option of a tax-free, lump-sum benefit payable at their death to their chosen beneficiary in lieu of collecting Social Security benefits. On Medicare, he calls for raising the age of eligibility.

Yet, Huckabee falls short of labeling Social Security and Medicare what they really are – redistribution of wealth schemes that he condemns – and calling for their elimination. This is the problem with Huckabee and most Republicans and conservatives – they fall short, too short and too often.

So, out of one side of his mouth Huckabee can disparage the things he does, but out of the other side he can support government-funded school breakfasts, “the right of every citizen to a free public education,” vouchers for Medicare recipients, elimination of the home mortgage interest deduction, the FairTax with its public-assistance, wealth-redistributing prebate, the Race to the Top federal program, a “reasonable deficit” of no more than 3 percent of GDP, and “hefty fines and prison time” for employers who choose to hire whom they wish.

The worst part of Huckabee’s book is, of course, the three chapters on terrorism, the military, and foreign policy. As mentioned previously, they are the warmongering chapters. Here Huckabee basically calls for perpetual war and defends drone strikes, the TSA, Guantanamo, a European missile shield, and preemptive war while disparaging Miranda rights, the Geneva Conventions, and FISA. Like he did in chapters 1-8, here Huckabee also talks out of both sides of his mouth. He says we should stay out of the Israel/Palestinian conflict but “provide Israel all the moral and military support she needs and deserves.” So much for staying out of it. What Huckabee actually believes is that the United States “cannot give up on the wars in the Middle East until we’ve definitively finished the job there.” Huckabee maintains that Bush “was only half right when he said that we have to fight them there so that we won’t have to fight them here.” He says we should “fight them here, there, and everywhere.”

The most disgusting statement in the book is found on page 176. With Huckabee being a Baptist preacher, one would think that he might call for missionaries to go to Iraq and Afghanistan and convert Muslims to Christianity instead of calling for U.S. soldiers to go and kill them:

We’ve had too many of our troops spending too much of their time painting schools and digging wells. They should be allowed to focus on killing Islamic extremists who want us all to die.

Mike Huckabee is a simple-minded warmonger; that is, he is indistinguishable from Rick Perry and Michele Bachmann. Although it would be sad if he ever ran for president again, even worse is the fact that millions of Christians would vote for him.

Originally published on LewRockwell.com on September 20, 2011.

You might not want to read Huckabee’s A Simple Government, but there are plenty of other great books out there for you. Check out LCC’s latest book list and the recently updated LCC bookstore, and support LCC by clicking through a link to Amazon.com. Thanks!