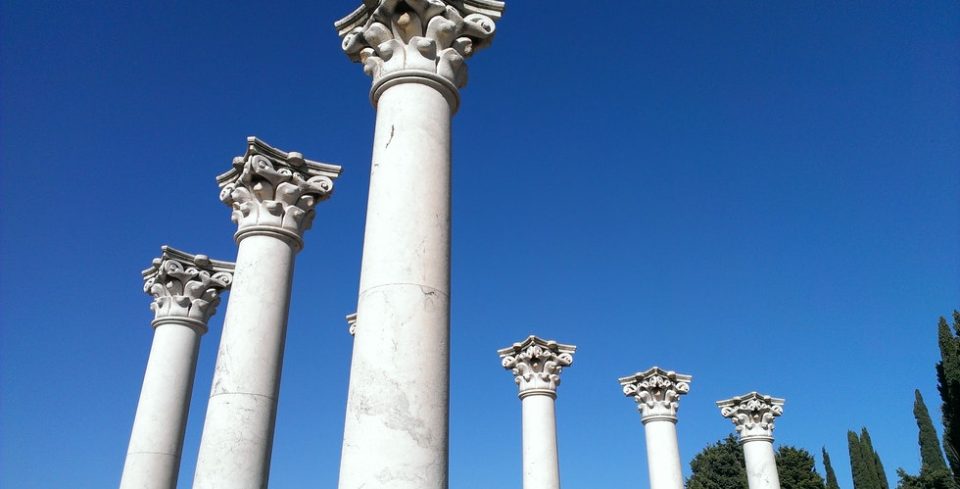 Active Christians need an objective in carrying out their civic duty. In America, Christians need to have a vision of what an ideal republic would look like, along with some specific objectives of social transformation in order to achieve that republic. A fallen world can be improved by a Christian’s efforts, but his efforts need to be focused.

In terms of political activism, a useful starting point for thinking about ideals is facilitated by considering society without any political structure, as well as considering the actions of fallen men in establishing it. The natural state of society is anarchy —not in the sense of untrammeled chaos but in the sense of having no established civil authority. Yet the sinful tendencies of men have led them to create states— parasitic power structures that devour social order and bring chaotic social conditions. As bad as society under anarchy may be it is always preferable to life under a state.

Therefore, Christians must be active in promoting a limited government that improves the social conditions that exist under anarchy. But they must also help to develop the means to check the power of government so that this predominant social apparatus is not transformed into a virulent and lethal state. They must establish institutions that secure and guarantee fundamental rights through the collective self defense of limited government, the strict application of the rule of law, and completely free markets.

Jury nullification is one such method for American Christians — from the ordinary to the most sophisticated—to work out a proper civic duty. Through jury nullification Christians can apply God’s principles to criminal or civil cases and quash a wayward judge’s penchant or defy a foul decree of the legislative or executive branches. To promote this concept, the American Jury Institute was founded.

Their website candidly and lucidly states:(1) “Juries protect society from dangerous individuals and also protect individuals from dangerous government. Jurors have a duty and responsibility to render a just verdict. They must take into account the facts of the case, mitigating circumstances, the merits of the law, and the fairness of its application in each case…Jurors, as the representatives of the people, hold no personal agenda during any trial and most certainly not the government’s agenda(2)… and are, in fact, the only truly objective individuals in the courtroom. The role of our jurors is to protect private citizens from dangerous, unconstitutional government laws and actions.” By doing so, jurors react against tyrannical states.

The republic that Christians should vie for is one based on the need for reactive public policy.(3) Reactive policies are those policies which pertain to limited government: protection from predators foreign and domestic, seen and unseen (including hazardous microorganisms), and the establishment of law and order. Conversely, proactive policies seek to change or restrict the behavior of people or to redistribute social wealth via welfare state programs or by granting monopoly privileges to business interests.

What exactly does it mean to have a republic limited to reactive public policy? Local criminal courts, along with an appeals system, a military and some police forces to protect us from predators, a health department to combat epidemics, a statistics and elections section, some apparatus for engaging foreign policy including a consular system, border control, and passport issuance would be all that is required. A federal court system would deal with constitutional and inter-jurisdictional matters. The sheriff and judges from each county would be the highest civil authorities to ensure domestic tranquility. All other modern state functions would be privatized.(4)

Having this kind of republic also means the elimination of proactive policies: welfare and poverty programs, Social Security, federal grants, public education, agriculture, homeland security, borrowing, empire-building, foreign aggression, and wage and price controls. There would be no regulation of business whatsoever. There would be no state-granted monopoly privileges for business interests: tariffs, patents, copyrights, licenses, or permits. All welfare would be performed by private charities and churches.

Consequently, taxes would be very low and almost entirely indirect and voluntary through lotteries and use fees. There would be no need for payroll deductions or income taxes. Real property would be fully allodial (5) or absolute with no property taxes, regulation, or eminent domain. Government would have few tasks and society would have greater peace and prosperity as a result of individuals enjoying more liberty. People would also have greater personal responsibility for their own actions and would thus have to help ensure that the rights of others are not violated. This ideal or vision of civil society, paring off some 90% of the current behemoth state (and the proportionate amount of taxes it requires), is what Christian activists should contend for as their proper civic duty. And with such clear objectives in mind Christians can effectively work to improve this fallen world.

(1) See http://www.fija.org/ and http://www.americanjuryinstitute.org. Their mission is: “to inform all Americans about their rights, powers, and responsibilities when serving as trial jurors. Jurors must know that they have the option and the responsibility to render a verdict based on their conscience and on their sense of justice as well as on the merits of the law.”

(2) The site also adds: “Let us not forget that the prosecutors, judges, arresting officers—and the forensic investigators in most cases—are all a part of and receive their paychecks from government, with personal power bases to build and personal careers to protect through the ‘productivity’ of successful prosecutions resulting in convictions. Jurors have no such stake in the outcome.” Plus, “The recognition of the authority and right of jurors to weigh the merits of the law and to render a verdict based on conscience, dates from before the writing of our Constitution, in cases such as those of William Penn and Peter Zenger. Should this right ever be suppressed, the people will retain the right to resist, having an unalienable right to veto or nullify bad and oppressive laws, and in fact then would be morally compelled to do so.” And, “Many existing laws erode and deny the rights of the people. Jurors protect against tyranny by refusing to convict harmless people. Our country’s founders planned and expected that we, the people, would exercise this power and authority to judge the law as well as the facts every time we serve as jurors. Juries are the last peaceful defense of our civil liberties.”

(3) Jury nullification is one of the main means that Christians have to achieve predominantly reactive public policy. Christians may also participate in voting, local political meetings, letter-writing to congressmen, liberty-advocating political action committees, and drives to petition government for a redress of grievances are other means of attaining and retaining reactive (rather than proactive) public policy.

Originally published in The Times Examiner on November 2, 2005.