Is it time to resist tyranny? 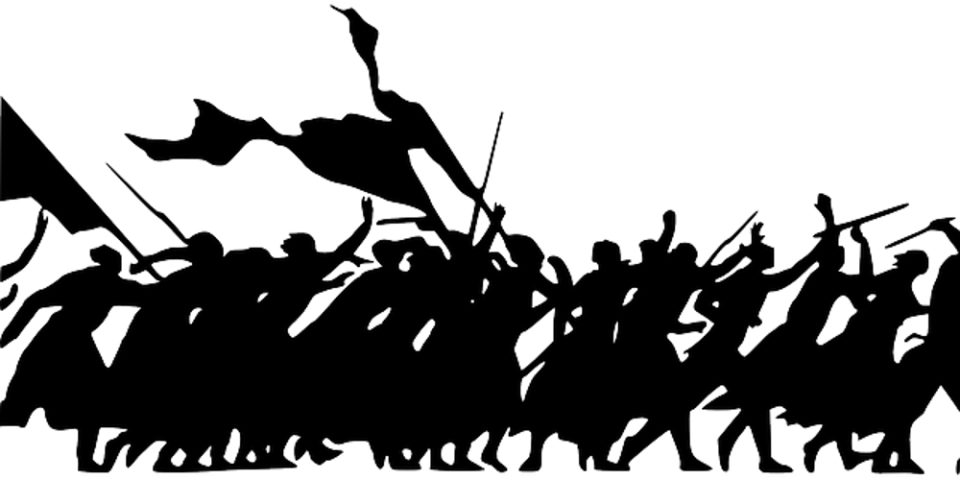 Not only are the great majority of rulers recorded in the Scriptures wicked, they also share certain common immoral character traits. And such bad behavior even arose in otherwise good theocratic rulers. While it is said that “anger rests in the bosom of fools” (Ecclesiastes 7:9), it also seems to rest in the bosom of kings and other civil authorities. Pharaoh got “angry” (Genesis 40:2; 41:10) and King Saul became both “angry” and “displeased” (1 Samuel 18:8), as did King David (2 Samuel 13:21) and the princes of the Philistines (1 Samuel 29:4). Good King Asa was likewise affected, being enraged with a seer and oppressing some of God’s people (2 Chronicles 16:10), and King Uzziah was angry with the priests over the divine technicalities of a ritual (2 Chronicles 26:19). Nebuchadnezzar responded “in rage and fury” to the faithful Jews (Daniel 3:13). King Ahasuerus’s “anger burned in him” after Queen Vashti refused to obey him (Esther 1:12). Sanballat was angered by the Jews’ rebuilding Jerusalem’s walls “and took great indignation” (Nehemiah 4:1, 7). The “princes” were angry with the Prophet Jeremiah, beat him, and cast him into prison (Jeremiah 37:15). Herod was “exceedingly angry” with the Magi (Matthew 2:16). Herod had also been “very angry with the people of Tyre and Sidon” (Acts 12:20a). Herod hated Jesus too and desired “to kill” Him (Luke 13:31). Perhaps political power tends to promote the sin of anger? Or is this tyrannical anger induced from within a ruler by the hateful adversary of good, viz. the devil?

Instead of being for “praise” those who do “good” (cf. Romans 13:3), as many Christians today suppose the civil authority should be, rulers have proven to be a violent and terrifying foe of good people. From the time of His birth, even Jesus Christ was assailed by bad public policy: “…for Herod will seek the young Child to destroy Him” (Matthew 2:13). Eventually, the civil authority did abuse Jesus: “Then Herod, with his men of war, treated Him with contempt and mocked Him, arrayed Him in a gorgeous robe, and sent Him back to Pilate” (Luke 23:11). Moreover, since a servant is not above His master (Matthew 10:24), the church also suffered persecution by the hand of the state. “Now about that time Herod the king stretched out his hand to harass some from the church” (Acts 12:1). A civil junta of “the priests, the captain of the temple, and the Sadducees” (Acts 4:1) hated the Apostles and had determined to “severely threaten them” (Acts 4:17, 29). Enraged, Satan pledged to “make war” with the church by means of his “beast” of civil authority (Revelation 12:17-13:1).

Alternatively, Jesus Christ was never angry. While civil rulers became enraged as a result of self-indulgence in their own lusts and pride, Jesus only assailed other men (e.g., harassing the money changers in the Temple or mocking the Scribes and Pharisees) when “zeal” to please His Father inspired him (John 2:14-17). Angry civil rulers throw tantrums when they do not have their way, but Jesus—and all Christians who desire to imitate Him—only participate in social upheaval out of a zeal for the glory of God. So it was for the Christian Founders in America. They fought tyranny for the glory of God. As a result we enjoy the fruits of prosperity for our lives and the Gospel that has been unparalleled in the history of the world.

Harry Stout postulates: “When understood in its own times, the American Revolution was first and foremost a religious event” (Christianity Today, Spring 1996). At the time of the War for American Independence, perhaps eighty percent of the 2.3 million free Americans attended Protestant churches regularly (with the overwhelming majority being Calvinists). Baptists and Methodists were growing rapidly, and would eventually eclipse all other denominations. They dominated Virginia and overwhelmed areas of the South and elsewhere (notably Pennsylvania and Rhode Island) with Evangelicalism. And preachers en masse backed the revolt against King George III. Were the faithful sinning? Was the Christian church dreadfully backslidden? Tory preachers affirm this sentiment and pronounce that God was merely working through—and in spite of—the sinful actions of the rebellious colonists in order to bring about His purposes. That’s euphemistic parlance meaning “Yes, the American colonists sinned but we still like the results anyway.” But perhaps their actions were not sinful.

Jesus taught his disciples to not only be concerned about the evil doctrine emanating from false religion but also to beware the evil public policies of the civil authority. “Then He charged them, saying, ‘Take heed, beware of the leaven of the Pharisees and the leaven of Herod’” (Mark 8:15). Herod’s leaven was promulgated through wayward public policy. Christians have many enemies in the world, both religious and secular (or civil). If Christians cannot flee (Luke 21:21), then perhaps some of them will have opportunity to defend their families from criminals and tyrants. If they can neither flee nor fight, then they will surely become martyrs to the Glory of God (Revelation 2:13).

Ultimately, we win. The Bible says that “kings of the earth” and the “rulers” take a stand “against the Lord and against His Christ” (Psalm 2:2; Acts 4:26), but their actions (as any other action of Satan) are under the control of God’s foreordained and predetermined purpose (Acts 4:27-28). The Bible teaches that satanic forces hold sway over civil rulers and turn them against God’s Kingdom: “For they are spirits of demons, performing signs, which go out to the kings of the earth and of the whole world, to gather them to the battle of that great day of God Almighty” (Revelation 16:14, cf. 13:1). Nevertheless, civil authorities will not prevail against God or His people. “It shall come to pass in that day that the Lord will punish on high the host of exalted ones, and on the earth the kings of the earth” (Isaiah 24:21).

The day is coming, dear Christian, and dear lover of liberty, that you too might join the ranks of the Founding Fathers in resisting tyranny. Are you really prepared to take a stand against the “kings of the earth”? If not, now’s the time for a paradigm shift in your public policy theology.

Originally published in The Times Examiner on May 4, 2005.