How Libertarian Are You? 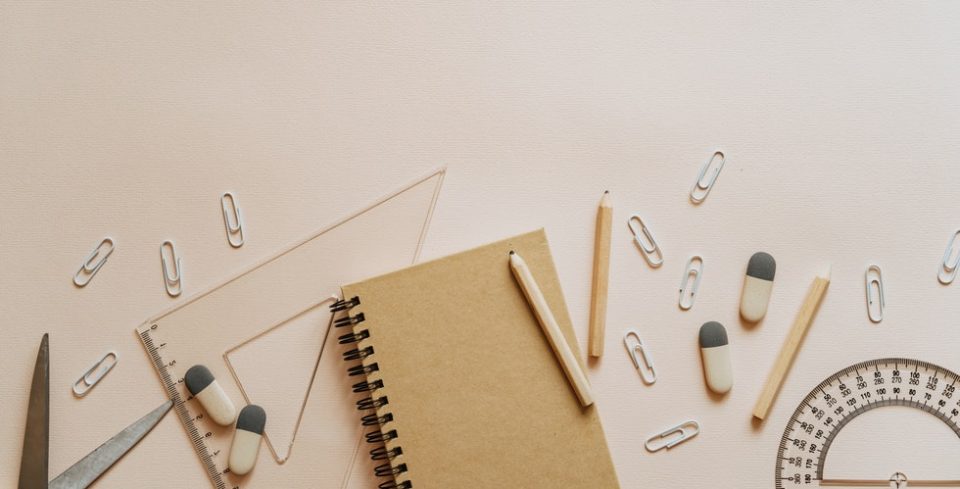 My friend Wes at The Humble Libertarian put together a neat list of quizzes that you can take on the internet to gauge where you fall in the political spectrum. He wrote a second post with his results for each quiz, and I thought it would be fun to do the same. A few of these I have taken before, but why not do it again? 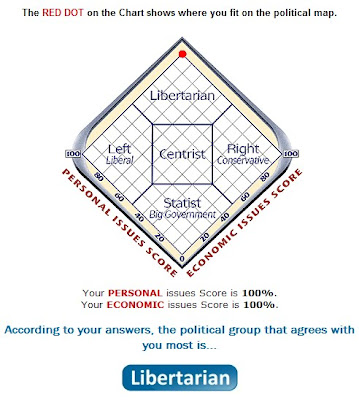 The WSPQ is a great way to reach out to non-libertarians because of it clear, non-controversial language. It’s a great tool for general libertarian ideas. Wes also points out that the Advocates for Self-Government (who sponsor this quiz) defines a libertarian as those who “support maximum liberty in both personal and economic matters. They advocate a much smaller government; one that is limited to protecting individuals from coercion and violence. Libertarians tend to embrace individual responsibility, oppose government bureaucracy and taxes, promote private charity, tolerate diverse lifestyles, support the free market, and defend civil liberties.”

This quiz was created by David Nolan, one of the original founders of the Libertarian Party. It’s pretty similar to the World’s Smallest Political Quiz, but with more elaborated language. My result:

“Your answers suggest that you are a libertarian. The yellow star shows more precisely where you fall within the libertarian region of the Nolan chart.” 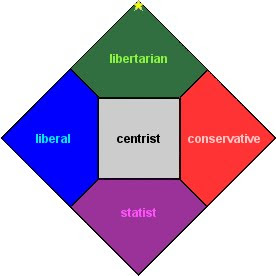 This “purity” test was created by Bryan Caplan. It’s 64 questions long and thus no trivial feat to finish.

My result: 154 points. Here’s what that means according to Caplan…

131-159 points: You are nearly a perfect libertarian, with a tiny number of blind spots. Think about them, then take the test over again. On the other hand, if you scored this high, you probably have a good libertarian objection to my suggested libertarian answer. :-)

… and actually I do have a couple of good libertarian objections. The two questions I am sure I answered with which Mr. Caplan would disagree are school voucher programs and “vigilante justice” permissibility. I sincerely believe that voucher programs are just another way for the government to subversively control education, and thus I cannot condone such programs. Regarding so-called “vigilante justice,” I think that this question is just too ambiguous for me to say yes. But hey, on another day I might change my mind… Nevertheless, this is a pretty fun quiz because it’s quite radical overall.

4. “Yet Another Libertarian Quiz”
(take this quiz here)

I did not really like this quiz, because the questions are unnecessarily vague. Incidentally, I think I ended up almost in exactly the same place as Wes. Furthermore, the writer’s utilitarian bent clearly shows through, and in some cases I think I can detect views of his which are in conflict with his own goals.

Total Inefficiency: 57%
What it means: A high inefficiency score indicates that you favor policies that make people more unhappy than they could be otherwise.
Your score breaks down as follows:
Authoritarian: 10%
What it means: A high score under authoritarian indicates that you advocate policies that inefficiently restrict the rights of individual people, placing these rights under government control instead. You believe that in many cases the government knows better than individuals what is good for them.
Anarchic: 80%
What it means: A high score under anarchic indicates that you are probably a stereotypical extremist libertarian. You believe that people ought to be inefficiently within their rights to perform certain actions, even if those actions make others worse off without compensation. You have arbitrarily selected certain behaviors as unquestionable natural rights and the impact they have
on people who disagree is of no consequence.

This quiz is actually pretty good overall; at the very least it will make you think about where you fall along the rating system for a particular statement with which you will choose either to agree or disagree along a spectrum. My result was pretty evenly either anarchist/libertarian. There shouldn’t be much of a difference between the two, but whatever…

You Scored as Anarchism

Who needs the State? Not you, it seems. You are an anarchist. Go forth and start the revolution of the crazy wild people. Then sit around the fire and wish there were still some doctors.

6. “What Kind of Libertarian Are You?” Quiz
(take this quiz here)

Again, this is a pretty good quiz. My result:

You Scored as Anarcho-capitalist

Anarcho-capitalists are libertarians who oppose the state entirely and propose to have a free market in the provision of security and arbitration. The term anarcho-capitalism derives from Murray Rothbard to describe a stateless society based on the principles of laissez-faire or the philosophy in support of such a proposition. Anarcho-capitalists may tend to still associate more with the political right and make use of the political process, unless they are agorists or left-libertarians at the same time.

7. “Are You A Libertarian?” Quiz
(take this quiz here)

This isn’t a particularly serious libertarian quiz, but it’s kind of fun. My result: 94%, because I don’t think Milton Friedman is better than Mises or Rothbard.

My result: “You are a strong libertarian. You believe that the government should be much smaller and that the U.S.A. would be better that way.” Yep…

I really liked this quiz because of the way you could weight your score based on how much you actually cared about the particular issue in the question. This quiz identified me as a partial-paleo/partial-left libertarian. That’s pretty much an ancap rating in my book, I guess. My result:

This quiz is pretty barebones, and some of the questions are a bit vague, but hey it works alright. I think it’s funny that my position is classified as “Pacifist” when really what I am is a “non-interventionist.” My results:

The following are your scores. They are based on a gradual range of 0 to 12. For instance, a Conservative/Progressive score of 3 and 0 will both yield a result of social conservative, yet 0 would be an extreme conservative and 3 a moderate conservative

Conservative/Progressive score: 6
You are a social moderate. You think the progressive movement is overall well meaning, but sometimes it goes too far. On issues like abortion and affirmative action, you see the negatives of both extremes on the issue. You probably value religion, but at the same time you think it should still stay separate from the government

Libertarian/Authoritarian score: 2
You are libertarian. You think that the government is making way too many unnecessary laws that are taking away our innate rights. You believe that the government’s job is primarily to protect people from harming other people, but after that they should mind their own business, and if we give the government too much power in controlling our lives, it can lead to fascism.

Pacifist/Militarist score: 0
You’re a Pacifist. You are angered that the United States thinks it should dominate the world through its military force. You think that the only time war is necessary is when we are in direct danger of being attacked. You also believe the US spends way too much of its money on defense, as we can practically cut it in half and still easily defend ourselves, and use that money to fix all our economic problems.

Overall, you would most likely fit into the category of Libertarian

Enjoy playing around with the quizzes!