How to Eliminate War (with the Olympics) 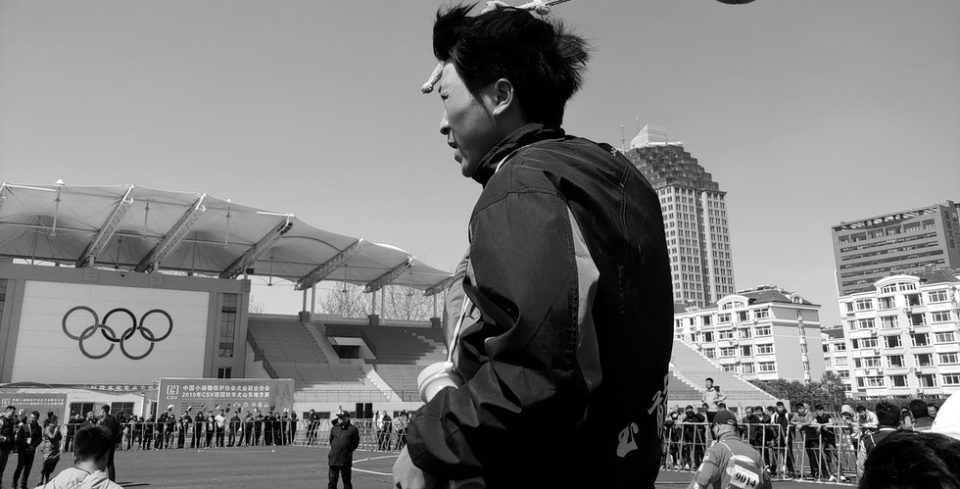 I was going through some files and found this essay I wrote during the Beijing Olympic Games. It’s a somewhat tongue-in-cheek look at the Olympics as promoting peace.

The Olympic Games have historically represented a time of peace for the world. The sacred city of Olympia, the site of the games of ancient Greece, forbade the possession of weapons within its borders. A special “Olympic Peace” was proclaimed throughout the land to allow spectators and athletes travel safely to and from the games.

French aristocrat Pierre de Coubertin created the International Olympic Committee in 1894 with the explicit goal of influencing the world for peace. Coubertin once said, “Wars break out because nations misunderstand each other. We shall not have peace until the prejudices which now separate the different races shall have been outlived. To attain this end, what better means than to bring the youth of all countries periodically together for amicable trials of muscular strength and agility?” The first Olympic games took place in 1896, but the IOC did not formalize the ideal of the Olympic truce until a century later, in 1992. Since 1993, the UN General Assembly adopts a resolution every two years that invites the member states to observe the truce during the games.

This tradition raises an interesting question: If we can call a truce for sixteen days so that the countries of the world can participate in the Olympic games, why hold the games only once every two years? Why not every year, and for a longer period of time? Why not thirty days? Surely that wouldn’t be very difficult. But then, why not three months? For that matter, why not hold the Olympics year-round? Then we could have peace (and sports) all the time!

“Whoa there, hold on!” you say. “Thirty days might be possible, but all the time? Surely you jest, oh silly Olympics fanatic! How could we afford year-round games? How could we solve international problems? How will disputes be arbitrated? How could we manage our imperialist ways?”

True, holding the Olympics year-round would be incredibly expensive. Running the 2008 Beijing games cost the Chinese over 1.8 billion dollars (1.22 billion Euros) minus revenues – and that’s just for sixteen days! Let’s make a liberal estimate on extended costs. For one month, it would cost roughly 3.5 billion dollars. Multiply that by 12, and you’re talking 42 billion dollars per year. That’s a lot of money… but it’s only a fraction of what the United States spends on Iraq. The war in Iraq has already cost United States taxpayers over $800 billion, and in this year alone the budget for the war is $196 billion. The Congressional Budget Office is even calling it the Trillion-Dollar War. I’m pretty sure it would be more affordable to just fund year-round Olympics than have year-round war.

True, countries could no longer point guns and set up blockades to coerce others into doing their bidding, but there would be a mechanism for resolving disputes – the games themselves! Suppose the United States and Russia get mad at each other (or rather, their governments get mad at each other) and they can’t reach a diplomatic solution. Instead of taking up arms and blowing cities to kingdom come, each country picks an event of their choice, and they agree on a third event. Best two out of three wins! They have to accept the result or other countries will ostracize them for being bad sports. And considering they just avoided massive financial losses the wanton destruction of war, both are now better off!

Yes, it could get complicated, but we surely have to admit that perpetual sports is better than perpetual war. At least in the Olympics, no civilians die from stray shot-puts or loose javelins!

Think of the further advantages of this kind of system. First, the rules are well-defined, unlike in war, and there are no Geneva Conventions you can conveniently ignore when you need to “enhance” your interrogation techniques. Steroids might be a problem, but that could be dealt with if necessary. If an employer can take a urine sample correctly, I’m positive that the governments of the world can figure this out.

Second, the Olympic games are, quite simply, more fun for everyone. War is hell, as they say, and even though the Olympics aren’t heaven they surely are a step up from hell. Who doesn’t like sports? Certainly mothers and fathers would be much more comfortable sending their kids off to learn the backstroke than to learn how to kill en masse. International politics could become a family outing, rather than the untouchable subject at the dinner table. In fact, Olympic games politics might provide just the right incentive to get young people more civically involved – that’s what all the government schools want, right?

Third, the Olympic games could foster a sense of national unity better than a war ever could. Imagine the United States getting behind Michael Phelps swimming his way to resolving territory disputes, or the USA Basketball Team showing Britain that we do NOT want the Kyoto Protocol.

Better yet, why not have the world leaders – the ones who think it’s their right to impose their will upon others – participate in the events? Bush versus Kim Jong-il – who gets to keep his nukes? In the team sports, let the administrations duke it out. Bush Co. [or now, Obama Co.] versus Ahmadinejad-and-other-long-named-guys – be there and watch the Secretary of State leap over Mahmoud to victory! Now that’s drama. Who could ask for more?

Alright, enough of all this strange and silly talk. We all know that perpetual Olympic games could never bring about world peace. Unfortunately, even participating countries have repeatedly broken resolutions they signed regarding the Olympic truce. Did Operation Iraqi “Freedom” stop for one moment during 2002, 2004, or 2006? Are current operations on hiatus? Absolutely not.

So what’s the point?

Politics from the very beginning has marred the renewed Olympic tradition. The paradox of rectifying international peace and nationalism continues to cast an eerie shadow over an experience that challenges people to look beyond borders. Most importantly, few of the participating countries have any desire to honor the Olympic truce, including the United States. Should this be any surprise? Not really. The nature of the state is antithetical to peace, as its very existence depends upon continual coercion against its citizens. As Randolph Bourne says, “War is the health of the state.” The state sets up a completely artificial us-them mentality based upon imaginary lines on a map. Those within the state are the good guys, and everybody else outside it is potentially a bloodthirsty fiend. In some sense, the Olympics could never break through these barriers since it continues to encourage nation-worship. Nevertheless, I think we can appreciate Coubertin’s vision for peace.

Although the symbolic truces of the Olympic games have some value, the nations of earth must realize that lasting peace is preserved not through millions of guns, but rather through the millions of goods and services they can trade with others. When we cooperate non-violently with one another as free people through free enterprise, we build relationships with a foundation of respect and mutual admiration. On the other hand, as we cease to interact peaceably we lay a foundation of enmity. Frederic Bastiat once said, “When goods don’t cross borders, soldiers eventually will.” May we take heed of Bastiat’s wisdom and encourage peace through cooperation, Olympian and otherwise.