“Amusing Ourselves to Death” Book Review 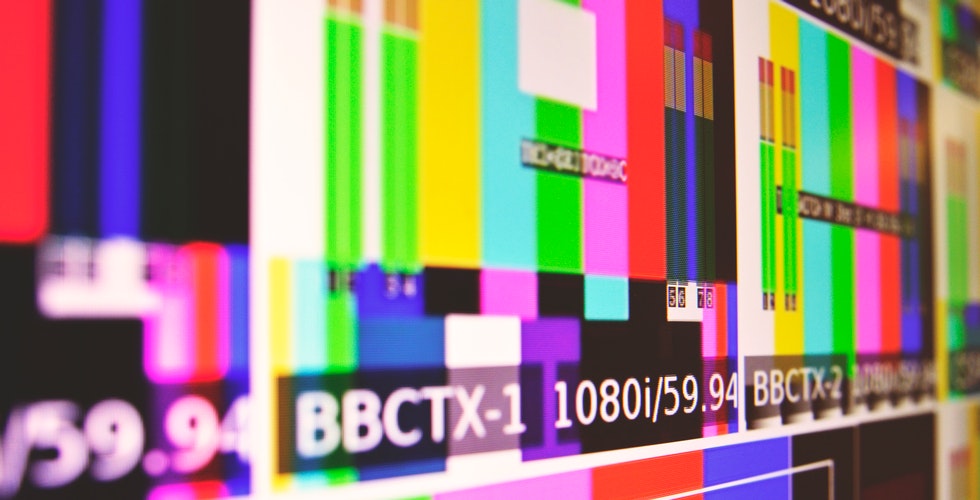 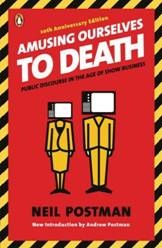 Neil Postman is a cultural observer and critic, educator, and communications critic at New York University. His well-known book Amusing Ourselves to Death gives us a chilling reminder of how much the media we use on a regular basis affect our thought patterns. In particular, Postman’s main concern is the effect of television on public discourse. It is not the entertainment value of television that concerns him so much as the elevation of television as a primary conveyor of what is considered “the truth.” He was keenly aware of the power of the media to influence at a basic level how people think and feel about the world around them. Considering how much we as libertarians criticize the mainstream media for capitulating to the State at every turn – whether the left or the right – Postman helps us get behind the medium itself to understand the epistemology. We can then see that while Orwell’s 1984 is still of great concern, perhaps the even greater danger is the Huxleyan vision from Brave New World.

“Orwell warns that we will be overcome by an externally imposed oppression. But in Huxley’s vision, no Big Brother is required to deprive people of their autonomy, maturity, and history. As he saw it, people will come to love their oppression, to adore the technologies that undo their capacities to think.

The Medium is the Metaphor

Part 1 of the book is a fascinating exposition of epistemology – how we come to know what we know. The media we use is an integral part of the equation. Media helps build the structures of thought, and thus thought communication. Postman writes:

“When Galileo remarked that the language of nature is written in mathematics, he meant it only as a metaphor. Nature itself does not speak. Neither do our minds or our bodies or, more to the point of this book, our bodies politic. Our conversations about nature and about ourselves are conducted in whatever ‘languages’ we find it possible and convenient to employ. We do not see nature or intelligence or human motivation or ideology as ‘it’ but only as our languages are. And our languages are our media. Our media are our metaphors. Our metaphors create the content of our culture.”

The “bias” of a medium upon a culture is unseen yet deeply felt. Nowhere is the difference more clearly seen than between typography and television. In a culture characterized by print, thought processes will tend to organize themselves into a similar linear and logical order that is seen on the pages of books. Proper use and expression of words becomes the norm. This was the state of America during the founding era and lasted, for all intents and purposes, until the late 20th century. It was the culture enriched by the likes of Jonathan Edwards, Thomas Paine, Charles Dickens, Mark Twain. Postman explains how widely available print media constructed the culture of America.

Television, as a different medium, changes the metaphor. Postman says, “Television has achieved the status of ‘meta-medium’ – an instrument that directs not only our knowledge of the world, but our knowledge of ways of knowing as well.” It is no longer a pseudo-mystery but is in the background of everywhere we go and everything we see.

And thus, we come to Postman’s primary criticism of how television is used and what it affects negatively: in religion, in education, and in news and politics. Most of the Christians I routinely interact with understand his criticism of religion distinctly well. The so-called “televangelist” movement certainly diminishes the depth of theological discourse throughout Christendom. It is presented primarily as entertainment, losing what makes religion a historic, profound, and sacred human activity. Instead of spiritual transcendence, the preacher is tops. “God comes out as second banana.” (Given, this is not universally the case but it is certainly the right characterization.)

The educationists can be heard praising the television medium as “the future of education” just as often today as when Postman wrote initially in 1985. “We face the rapid dissolution of the assumptions of an education organized around the slow-moving printed word, and the equally rapid emergence of a new education based on the speed-of-light electronic image.” Postman’s harshest criticism is reserved for those who would dumb us down in deference to the lowest common denominator.

I know of no libertarian that does not clearly see the vacuous nature of television news programs. Moreover, this flows straight into the political arena. There was once a time when the President of the United States could walk down the street without people recognizing him, simply because no one knew what the president looked like. Now, however, “looking presidential” is just as important, perhaps more important, as knowing the Constitution or having good ideology. This is the power of television: to put the superficial and unimportant into the forefront.

Neil Postman can almost come off as a Luddite by the end of Amusing Ourselves to Death, but his criticism should still be heeded. It is not simply that Postman despises the very pixels of your new 42 inch LCD panel. On the contrary, he admits that as entertainment it is excellent and quite fun. I don’t think he is even saying that no serious message can ever be conveyed through television or a movie (or else he would be throwing all theatre out the window as well). No, the main message is a warning that serious messages are easily lost within the medium, and there is great danger when matters of utmost seriousness are couched as mere entertainment.

Amusing Ourselves to Death truly helped coalesce many disjointed thoughts in my own mind about the usefulness, or lack thereof, of the television medium. I cannot recommend this book highly enough to those of you who observe culture with a watchful eye, and wish to respond accordingly to a trend that we intuitively understand to be negative in the long run.

We should be careful to remember that the war of ideas will not be won, and certainly victory in the same will never be preserved, using images rapidly flashing on a screen. Even as we are excited that our modern heroes of freedom, like Ron Paul, Peter Schiff, and Tom Woods, are receiving incredible interview opportunities on the news, we need to remember that we will not win by merely playing their game. This culture is dying, in part because of how lost public discourse is becoming. It’s our turn to come in and rebuild culture – for the cause of liberty and of Christ.

Buy Neil Postman’s Amusing Ourselves to Death from Amazon.com and support LibertarianChristians.com.