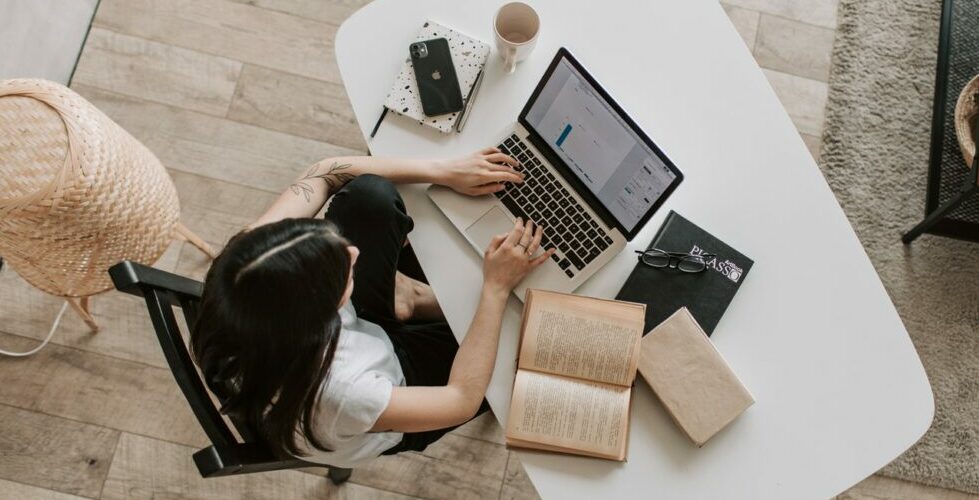 First off, congrats to Baroness_Fel for writing the 100th comment on LCC (and on the 50th post, no less), in the Washington to the Rescue post! That’s a lot of comments for a blog barely past two months old. Way to go everybody, keep the discussion going!

Favorite article of the week: John Hasnas describes What It Feels Like To Be A Libertarian. Don’t be discouraged when you read the following quote, it’s a great article:

I’ll tell you. It feels bad. Being a libertarian means living with a level of frustration that is nearly beyond human endurance. It means being subject to unending scorn and derision despite being inevitably proven correct by events. How does it feel to be a libertarian? Imagine what the internal life of Cassandra must have been and you will have a pretty good idea.

Imagine spending two decades warning that government policy is leading to a major economic collapse, and then, when the collapse comes, watching the world conclude that markets do not work.

Imagine continually explaining that markets function because they have a built in corrective mechanism; that periodic contractions are necessary to weed out unproductive ventures; that continually loosening credit to avoid such corrections just puts off the day of reckoning and inevitably leads to a larger recession; that this is precisely what the government did during the 1920’s that led to the great depression; and then, when the recession hits, seeing it offered as proof of the failure of laissez-faire capitalism.

That may sound pretty bleak for aspiring libertarian thinkers. But you know what else? Despite the frustration, it feels good. :-) Finally making sense of the world and how things work feels good. I don’t regret one minute of it. Period.

Two articles on LRC regarding liberty and the Christian faith came up this week. First, Stan Warford’s article on The Christian and War has some great words to us about the history of Christianity’s view on war. The following quote is excellent:

On the evening of October 28, 311 at a place called Melvian Bridge, the pagan Constantine was at war to determine who would be the emperor of the western empire. He was to do battle the next day, and there was a real possibility that he would lose. That night he had a dream in which he saw a cross in the sky with the Latin words, “With this sign thou shalt conquer.” He rose from his bed and that night had the sign of the cross painted on the armor of his soldiers. The next day he was victorious and became emperor of the western half of the Roman empire. Later he became emperor of the entire Roman empire.

As a result of that battle, Constantine in the year 313 made Christianity the official religion of the Roman empire. He confiscated many of the pagan temples and gave them to the Christians, who converted them into houses of worship. After Constantine died, the ruling class criticized the Christian community for receiving benefits from the state while still preaching nonviolence and not supporting its wars. So, the state made the church choose between adjusting its teaching to accommodate the state, or losing its state-sanctioned privileges. In 368 A.D. for the first time in the history of the church, St. Ambrose offered the first justification for the Christian to participate in the violence of war. His student, St. Augustine, codified the teaching in his so-called Just War Theory that is used by most churches today.

Next, Christopher Bevis has published an article called Caesar and God in Context that explains the “Render to Caesar” passages in the Gospels. He takes a slightly different viewpoint than I do on the topic, but I like his analysis.

Justin Raimondo recounts the history of web political commentary and activism in Ideology and the Internet. I find interesting the shift of websites like DailyKos and Democratic Underground from government critics into Obama-worshipping shills. Just goes to show that most of the modern left is more interesting in their kind of statism rather than getting rid of the uber-power of the Executive and enhancing civil liberties.

Nancy Pelosi did a bang-up job estimating the number of Americans losing their jobs these days:

I really think that if we do not have an economic recovery package, 500 million Americans lose their jobs. I don’t think we can go fast enough to stop that. The President asked for action, swift and bold. That is exactly what we are doing. 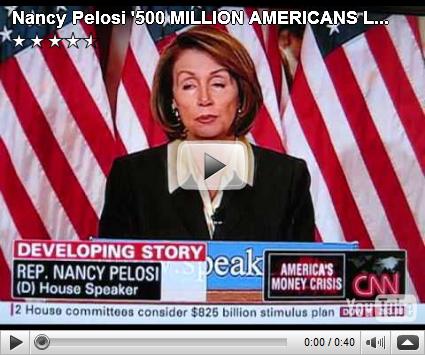 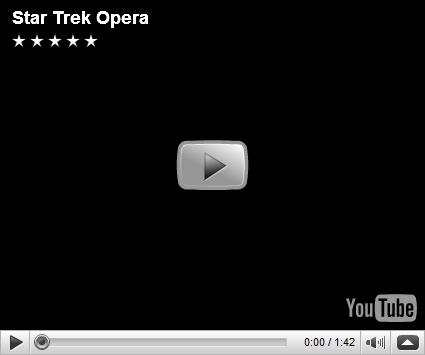